Kate Wehr
Looking for the most popular gender-neutral names? We've got the top unisex baby names according to Google trends, our own popularity data, and the latest report from the Social Security Administration. 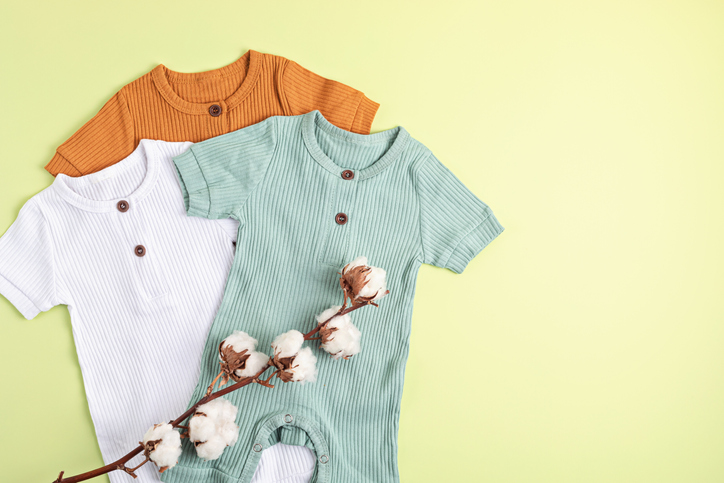 When it comes time to choose a baby name, unisex baby names make a lot of sense to many parents. Even in 2022, some families still will not find out their children’s biological sex before their babies are born. Others get excited and want to announce their baby’s name as early as possible.

And other parents simply prefer to keep gender out of the baby conversation entirely.
No wonder we’re seeing a jump in demand for gender-neutral baby names that show no signs of slowing down in 2022.

Playful baby names will be one of the top baby name trends for 2022. The rise in cute, unique names suggests that the pandemic has pushed parents to think positively and give their babies endearing and whimsical names. We can expect to see fun and uncomplicated names climbing the charts this year, they say. As a bonus, many of the top contenders in this category are gender-neutral.

Gender-Neutral Names on the Rise

Historically, gender-role stretches in baby naming are nothing new. Many of today’s most common girls’ names (and unisex names) started out as boys’ names that were later co-opted and feminized.

This approach has continued, perhaps most noticeably within celebrity circles as famous parents gain headlines for selecting traditionally masculine names for their daughters and for gender-neutral baby announcements. But there are plenty of non-celebrity families who have been moving in this direction, too. Among the boy names that we can expect to keep skewing gender-neutral lately are these:

We’re starting to see that practice flip-flop more and more. Parents today are more willing to consider names for boys that may previously have been deemed feminine. That’s throwing the door open for more gender-neutral choices across the board.

Based on the most recently available data from the Social Security Administration, these were the top 25 gender-neutral baby names in 2020. No doubt we’ll keep seeing many of them again in 2022. These names all appeared on both sides of the gender breakdown and were consistently popular with parents. All of them cracked the top 500 baby names lists for both boys and girls.

According to our own data, these have been the most popular baby name lists in 2022:

Gender-neutral baby names come in myriad forms. Some take their cues from nature. We expect more of these nature names to start moving our way in 2022. Some popular gender-neutral options include:

Names inspired by locations, cities, and countries are also popular and unique baby name options. Back in 2018, Kim Kardashian and Kanye West made headlines when they gave their daughter the name “Chicago.” The Windy City moniker works well as both a boy and girl name. Here are a few other popular unisex names that remind us of locations from around the world:

Careers and job choices are no longer as limited by gender as they once were, so it only seems fitting that some of today’s most popular gender-neutral baby names are inspired by professions and skills. Here are some of the top unisex names in this category:

As shown from these lists, unisex baby names are not only popular but also unique and creative. Gender-neutral names draw inspiration from the natural world, geography, mythology, and parents’ own imaginations, among other sources. More trends on the horizon for 2022 include baby names ending in “S” or starting with “R,” spotters say.

Individually, “James,” which has been growing in popularity for girls as well as boys, made No. 6 overall on the SSA’s most recent list of boys’ names. Meanwhile, the unisex name “Harper” has been holding its own via both sources as the tenth overall favorite for girls.

It’s not unusual for gender-neutral baby names to still be weighted heavily to one side in terms of overall popularity, however. This was the case for a lot of other recognizably gender-neutral names, which made top billing on one side of the gender divide, but not both:

Looking for more baby name inspiration? Check out This Year's Top Baby Boy Names and This Year’s Top Baby Girl Names, and explore our lists below by letter of the alphabet to find the perfect gender-neutral name for your little one.