Meaning and Origin of: Felix 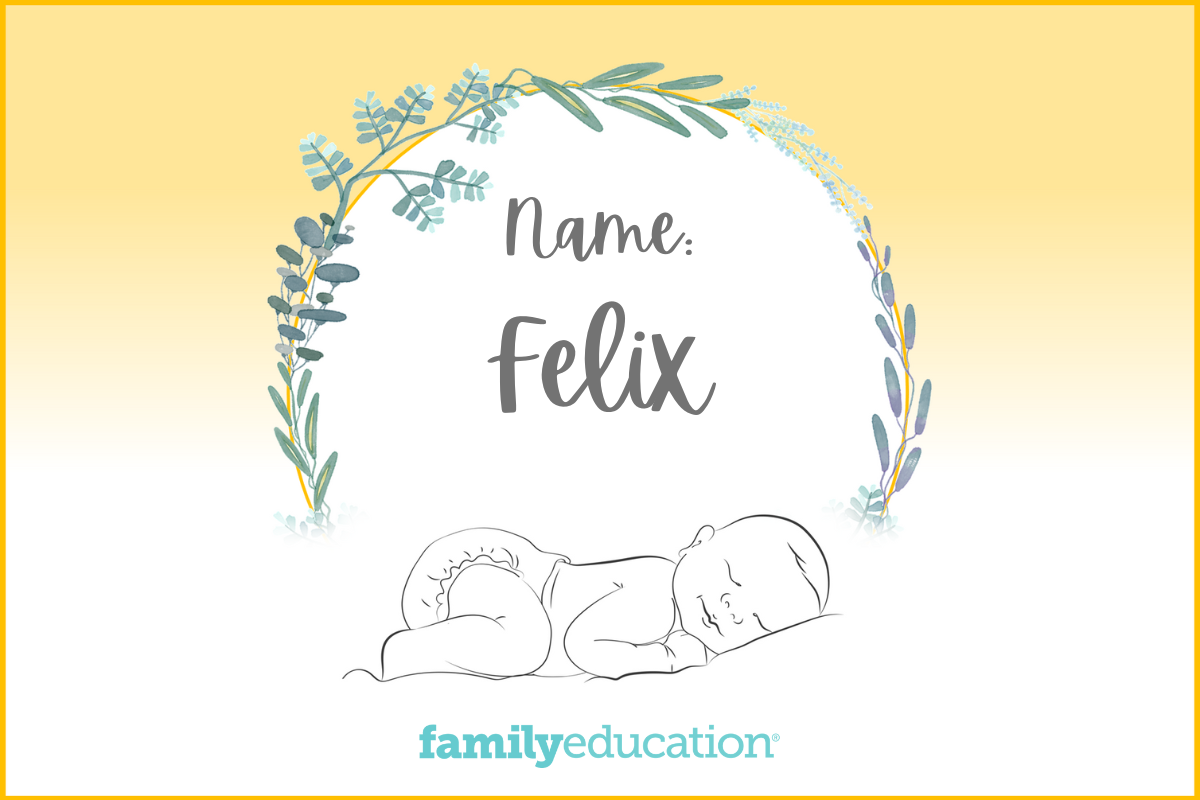 What does Felix mean and stand for?

The name Felix is of Latin origin and means "happiness." Originally a surname, it was later adopted as a nickname by the ancient Roman Sulla, who believed he was blessed with extreme luck from the gods. Felix is also a Roman procurator of Judea in the Bible.

What Does the Name Felix Mean?

The name Felix was originally a surname, but was later adopted by those who felt extremely lucky. It has been quite the popular name in the Bible and various literary works.

How Popular is the Name Felix?

Felix is the number 193 most popular boys name in the US, according to 2021 Social Security Administration data. Once incredibly popular, Felix decreased in popularity for decades. However, it appears the name is back on an upward trend.

Throughout history, Felix has been a name associated with luck. Four popes and sixty-seven saints have the name Felix, and it has also been a popular choice for literary characters.

Popularity of the Name Felix in the United States

According to Google search data analysis, in the last five years Felix was at its peak popularity in August 2021.

Felix was searched for most often in the following states:

Aside from its hefty appearance in the Bible, Felix has been a popular choice for many fictional characters. It appears in the literary works of George Eliot (Felix Holt), Thomas Mann (Confessions of Felix Krull), Thomas Hardy (Tess of the D'Urbervilles), Henry James (The Europeans), Kurt Vonnegut (Cat's Cradle), and Stephanie Meyer (the Twilight series). Not to mention, Felix has appeared in movies all over the spectrum, from James Bond to Spy Kids to The Hangover. Popular around the globe, Felix also has many notable namesakes: German composer Felix Mendelssohn, YouTuber Felix Arvid Ulf Kjellberg (Pewdiepie), NFL player Felix Jones, American actor Felix Solis, assassin Felix Felixovich Yusupov, Nobel Prize winner Felix Bloch, and Supreme Court Justice Felix Frankfurter. The increase in popularity for the name Felix has also reached celebrities, with Hugh Grant, Gillian Anderson, and Barry Watson choosing the name for their sons.