L. Elizabeth Forry
Find your Indian last name and learn about its meaning and origins. Many common Indian surnames have a rich family history and religious meaning in Hindi.
Table of contents 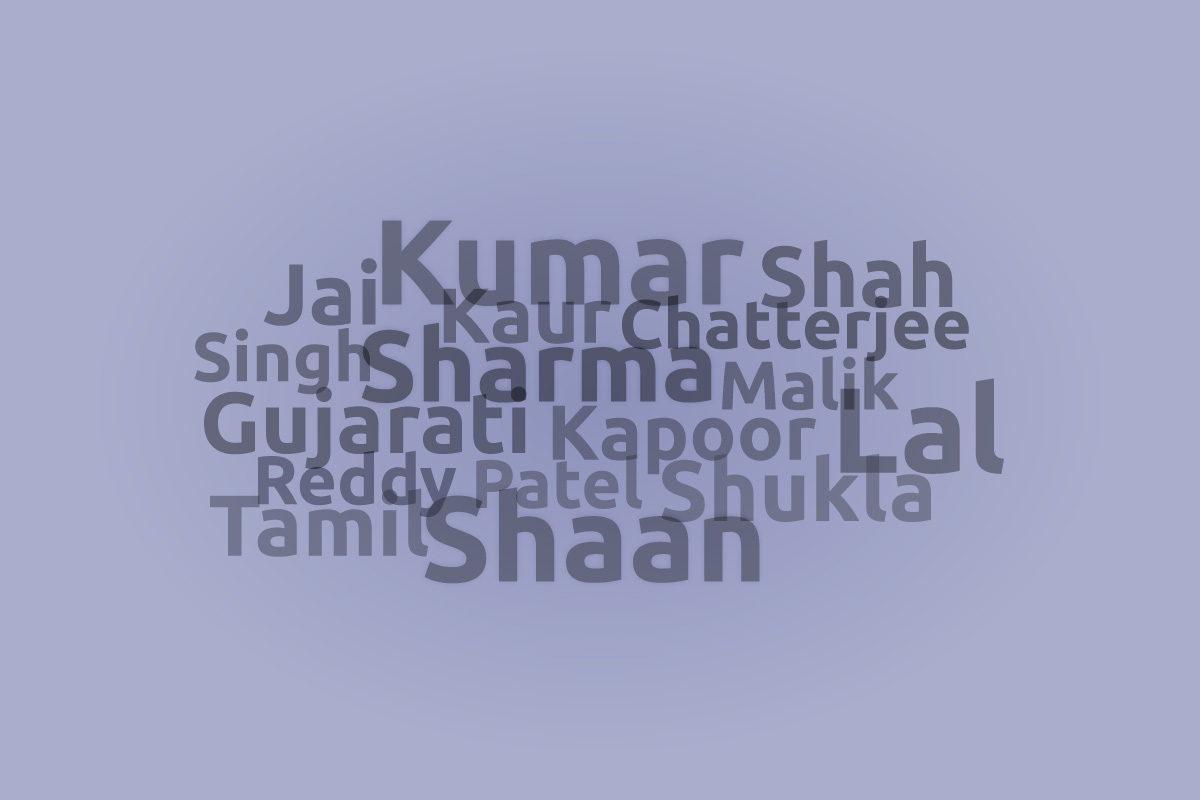 India is a vast and densely populated country, and it is the second most populated country in the world, with over one billion people. Over the centuries, Indian people have emigrated globally, and Indian last names can be found in countries far and wide. When parents are considering baby names, they may wish to choose a first name that corresponds in a meaningful way with their last name. This article looks at the origin of some of the most popular Indian last names, their origins, and their meanings.

Archeologists can trace human life in India back 75,000 years, and the evidence supports that ancient India was a vibrant place full of trade, architecture, and art. In addition to being a place rife with culture, life, and religion is also central to the history of India. Many Indian last names, mainly Hindu surnames, are derived from religion, occupation, and region, much like other nationalities. Indian

Surnames Based on Religion

Religion has long been a central part of Indian culture. Buddhism was born in India. The prince Siddharta Gautama would become the Buddha. Even though Hinduism is now the most popular religion in the country Buddhism is still practiced by over seven million people in India.

Indian Surnames Based on Occupation

Like many other cultures, many Indian last names are derived from an ancestor’s occupation. For example, the Indian last name Mehta is a Sanskrit word for Guru or account keeper. Your last name could give you a glimpse into your family from generations ago.

Indian Surnames Based on Regions

India is an ancient civilization and where a person came from held meaning. Even today when we meet new people one of the first questions we tend to ask is where are you from or where did you grow up? Much of a person’s culture revolves around where there family is from and the region of your country you spent your youth.

But there's a fourth common determinant for Indian last names, the caste system, which determines a person's place in society, is now outlawed in India but still followed culturally. Singh, for example, means "lion" and is usually associated with the warrior caste, the Kshatriyas.
The caste system is an ancient and outdated social ranking system for families. Although the government abolished the caste system in 1948, a survey completed in 2005 showed that only 11% of the women surveyed married outside their traditional caste. The caste system has deep roots in India; Sanskrit texts from 2000 B.C. mention the practice of separating people into varnas or social groups.

Last Names Based on Caste and Name Meanings

Of course, not all last names have a clear and discernible past. Therefore, we may not always know the origins of a name, but we can usually discover the name meaning, and it can help to know the meaning of a name when selecting a baby name.