FamilyEducation Staff
Find your Jewish last name and learn about name meanings in Hebrew and the origins and history of Jewish surnames.
Table of contents 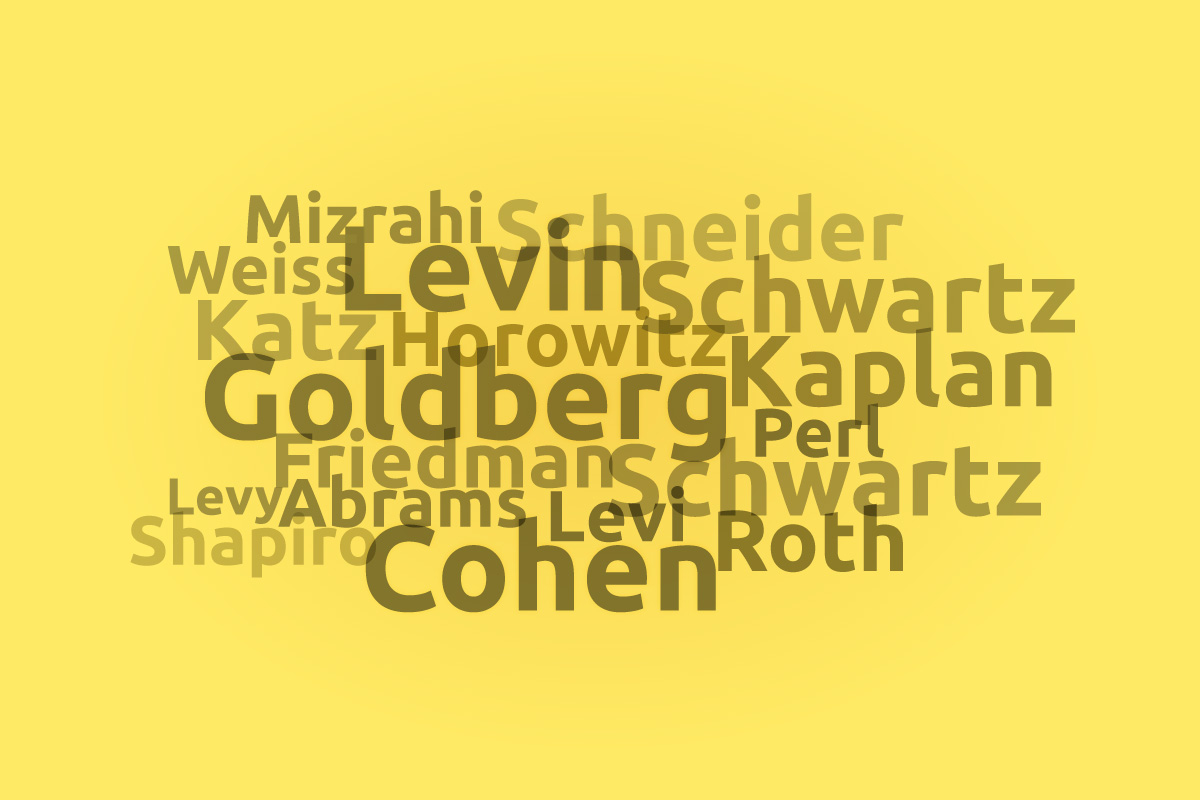 Jewish last names are a relatively new phenomenon, historically speaking. Sephardic Jews (from areas around the Mediterranean) did not start adopting family names until the 15th century when expulsion from Spain meant finding a way to keep family ties. Ashkenazi Jews (from eastern Europe and Germany) didn't take on last names until well into the 18th and 19th centuries when governments in Europe began registering Jews as subjects. Later still, Jews from places like Yemen and India didn't adopt last names until they emigrated to Israel in the 20th century.

1 Place Names: For example, the surname Greenberg refers to the towns of Grunberg in Germany and Poland that both once had thriving Jewish communities.

3 Patronymic names: These last names indicate familial relationships. For example, the surname Mendelsohn would be given to someone who is the son of Mendel.

4. Biblical names: These are names that indicate religious significance or a relationship to a prominent biblical figure. For example, many Jewish surnames are used to designate someone as a Levite (a member of the Hebrew tribe of Levi." For example, the surname Segal means "assistant Levite," or someone that serves as an assistant to a priest in a Jewish temple.

Many Jewish people also choose meaningful Hebrew names in order to honor their culture and heritage. Jewish family names may be a translation of a Hebrew word or selected to honor a notable person in the Hebrew Bible. Many modern American Jews will give their children a Hebrew name in addition to their personal names.

Here are some of the most common Jewish family names and their meanings.