FamilyEducation Staff
German names are strong and have a long history behind them. Find your German last name and learn about the meaning and origins of different German surnames.
Table of contents 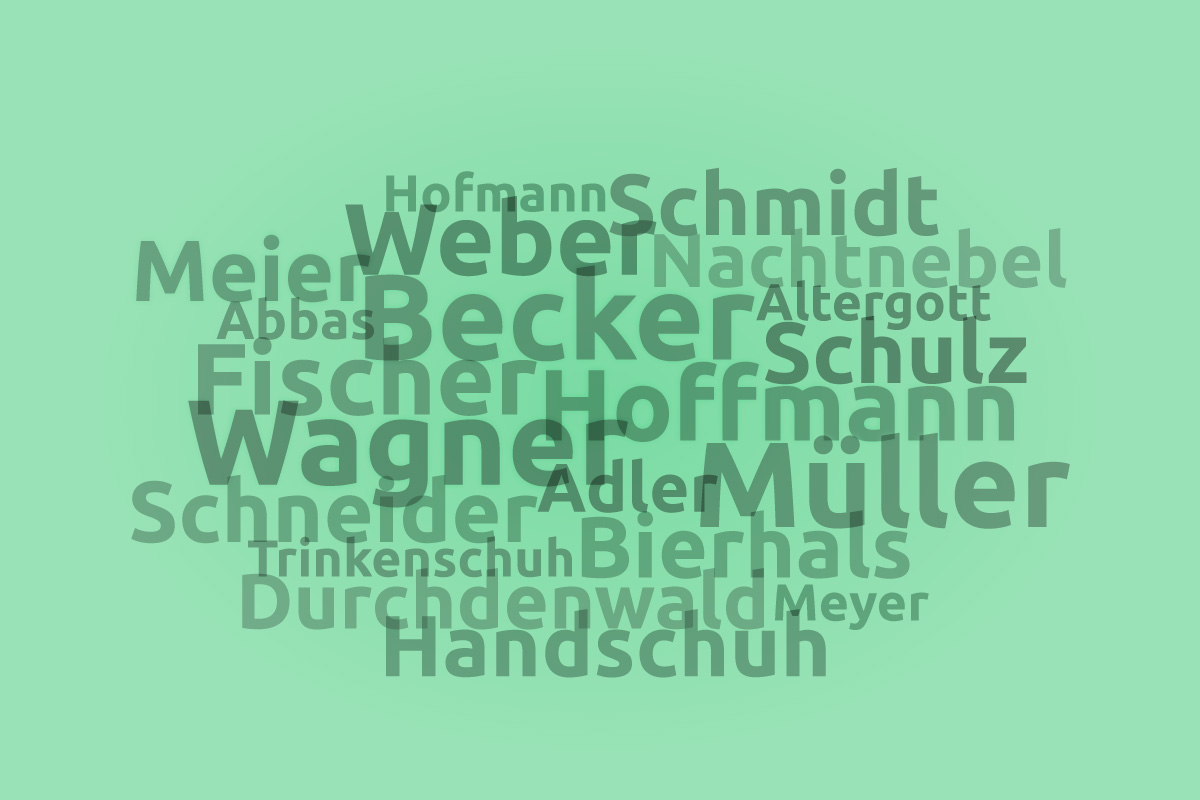 In January 1871 Germany became a unified country. Until then, it was made up of smaller nation-states whose borders frequently changed. Even after 1871, Germany's land area and political influence shifted several times. Because of this, German last names can be found throughout bordering countries, including Poland, Austria, France and Spain.

The Origin of German Last Names

It wasn’t until the Middle Ages (in approximately the 12th century) that family names came into common use. Initially, they were mainly a way of distinguishing between people more easily and as settlements grew into villages, and later towns and cities, descriptions of professions such as tailor, miller and cobbler/shoemaker were attached to people’s first names using the Latin word ‘dictus’ (‘called’) e.g. ‘Hans dictus Krier’ (‘Hans who is called a soldier.’)

These were then passed down through each generation. In Germany, these occupational names still form the largest group of German surnames. They include Schneider (tailor), Fischer (fisherman) and Weber (weaver). Many of these professions no longer exist but survive in naming traditions.

If doing ancestry searches, you should be aware that in some areas of Germany, such as Westfalen, Hannover, Lippe-Detmold, Oldenburg and Schlesien, there are exceptions to the rule which make research more complicated. The last name could, for example, also be what you would call a farm name. If a German moved onto someone else's farm estate (or Hof), it was not uncommon to change his last name to that of the farm. If his wife inherited a farm, he might change his name to her maiden name. It’s thought that this system dates back to the time of Charlemagne.

The Most Common German Last Names

The 10 Most Common German surnames (with English translations)

5 of the Most Unusual German Surnames (with English Translations)