L. Elizabeth Forry
Find your English last name and learn about its meaning and origins as well as other popular names in the UK.
Table of contents 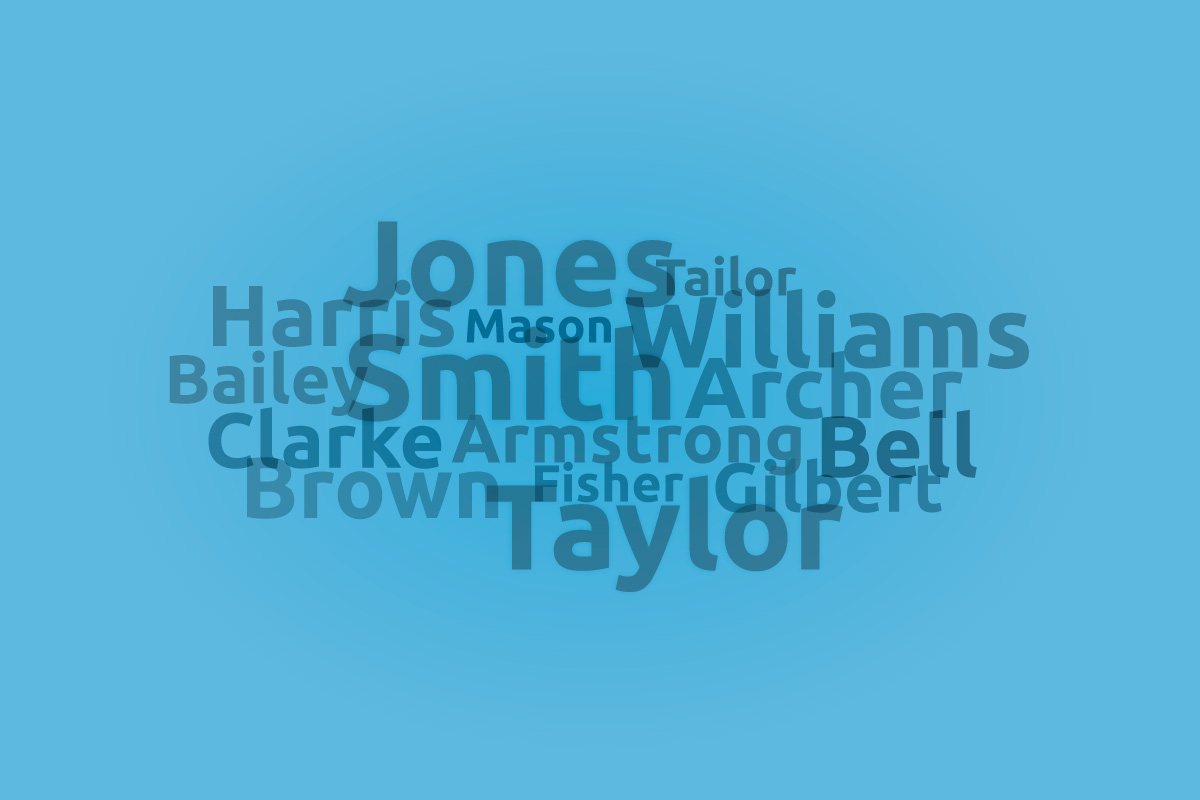 England has a long and varied history intertwined with many different nations and lands. English is a Germanic language but was also influenced by Welsh, Gaelic, Italian, French, Scandinavian, and other European languages. Immigrants from Ireland and Scotland also influenced many English last names.

Many Americans owe their last name to their English ancestors that settled here. As a result, many English last names are influenced by occupation, region, and the individual’s father’s name (patronymic last names).

A portion of English last names are influenced by region; for example, the last name Burton, like the famous film director Tim Burton, refers to a town in Leicestershire.

The Vikings and the Romans also frequently invaded and occupied England in its early days, and both cultures left traces of their language on the land and English surnames. Last names in England and the UK didn’t become the norm until the Norman invasion of 1066.

Like many other cultures around the world, England has surnames based on the father’s given name. For example, the last name Adams means “Son of Adam.” Therefore, it was common for a son to have a different last name than his father.

England and Scotland have a turbulent history. Scotland spent much of its time under British rule, and as a result, many baby names and surnames were traded back and forth over the years.

Many common English last names come from their ancestor's occupation. Therefore, it was common for a person to take on their job’s name to differentiate themselves from others with the same first name.

The top 5 most common last names in England stem from a variety of sources. Smith is by far the most common surname in England, with roughly one out of every eighty-eight people with the name.