Meaning and Origin of: Alan

The name Alan is of Gaelic origin and means "handsome, cheerful." It's been used as early as the 6th century and was very popular during the Middle Ages. 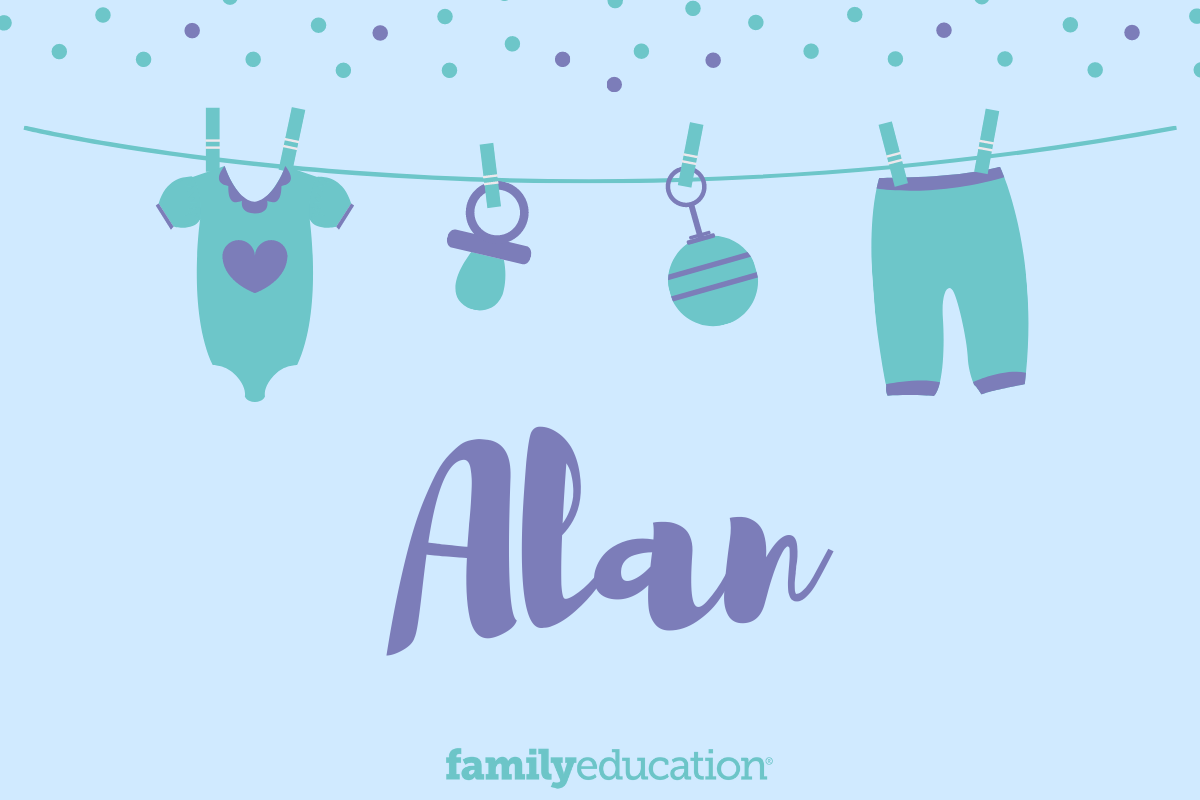 What does Alan mean and stand for?

The name Alan is of Gaelic origin and means "handsome, cheerful." It's been used as early as the 6th century and was very popular during the Middle Ages.

Popularity of the Name Alan

According to Social Security Administration data, Alan has remained fairly stagnant, staying in the top 200 since 2000. It maintained a spot in the top 150 between 2001 and 2010, with a peak rank of 122 in 2006. It is still much more popular than its brother spellings Allen and Allan.

According to Google search data analysis, in the last five years, Alan was at its peak popularity in December 2016.

Alan has been quite the popular choice for fictional characters, appearing in Two and a Half Men, The Young and the Restless, Jurrasic Park, Boston Legal, Sesame Street, Boy Meets World, and 24 to name a few.

Where is the Name Alan Popular?

Alan was searched for most often in the following states:

The Name Alan appears on these baby name lists: