Meaning and Origin of: Ace

The name Ace is of Latin origin and means "one, unity." Ace was once more common as a nickname but has now gained popularity as a given name. 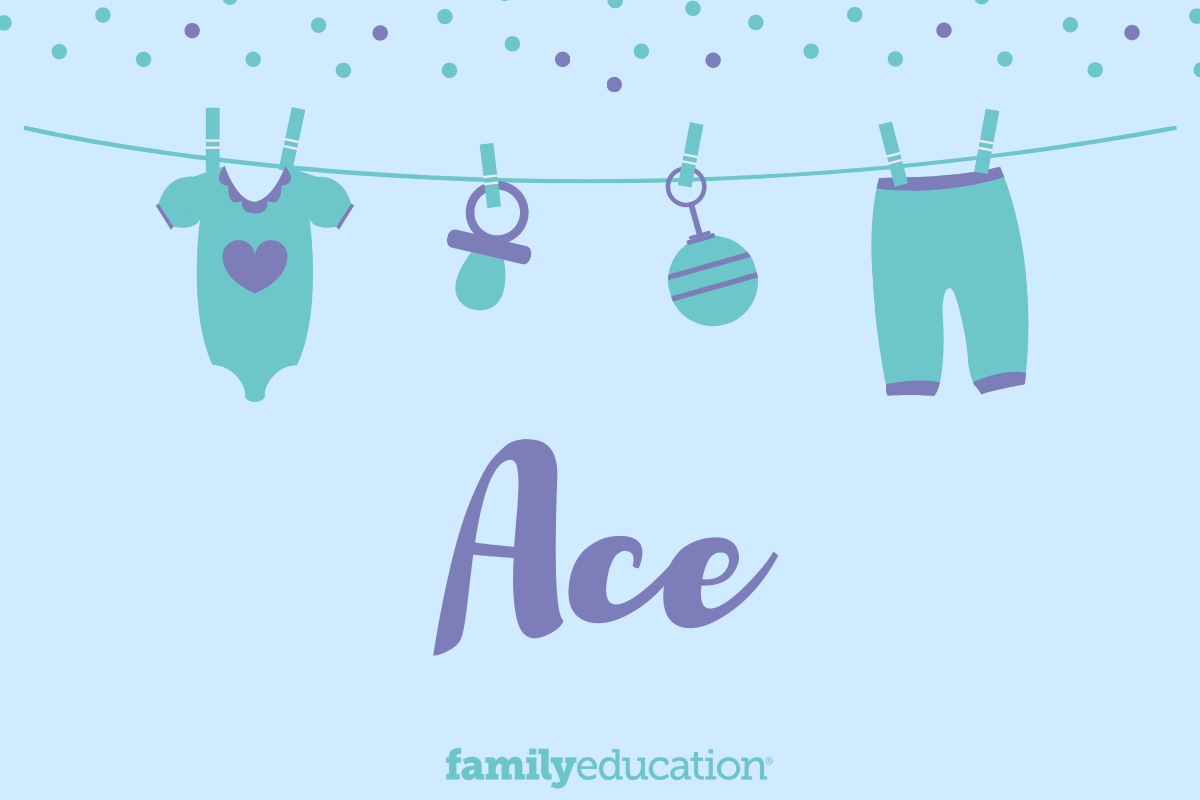 What does Ace mean and stand for?

The name Ace is of Latin origin and means "one, unity." Ace was once more common as a nickname but has now gained popularity as a given name.

Popularity of the Name Ace

According to Social Security Administration data, Ace has been increasing in popularity each year, breaking the top 200 for the first time in 2020. It's made quite the jump from 841 in 2006.

According to Google search data analysis, in the last five years, Ace was at its peak popularity in May 2020.

Ace invokes images of golf, tennis, cards, poker, and doing well on tests. It's recently become popular among celebrities, with Natalie Appleton, Tom Dumont, Jennie Finch, and Jessica Simpson all choosing the name for their children. Some notable namesakes include Paul Daniel "Ace" Frehley, Ace Young, and Clarence McKay "Ace" Parker. It's also moved away from the image of Ace Ventura, appearing in other pop culture, such as The Powerpuff Girls, Stand by Me, Failure to Launch, and All My Children.

Where is the name Ace popular?

Ace was searched for most often in the following states:

The name Ace appears on these baby name lists: