Meaning and Origin of: Cody 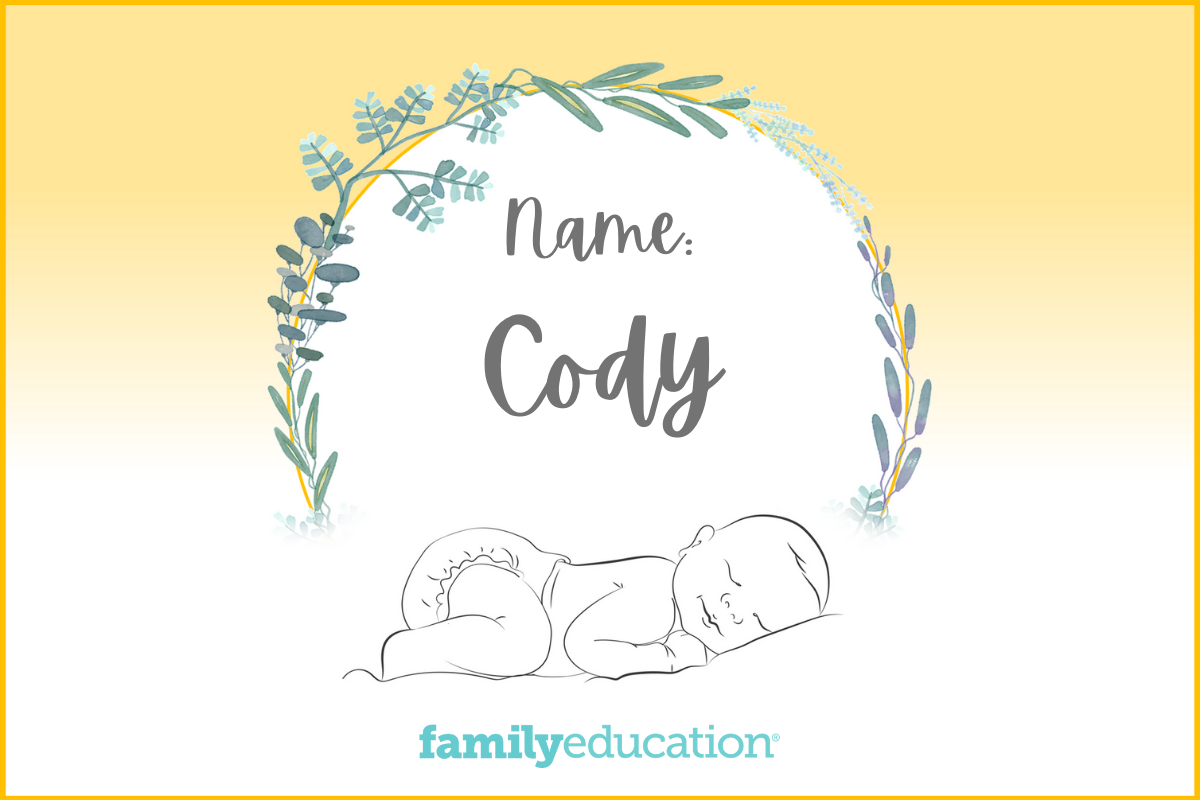 What Does Cody mean and stand for?

The name Cody is of Irish origin and means "decent and helpful one." It is derived from both the Gaelic Ó Cuidighthigh and Mac Óda.

What Does the Name Cody Mean?

The name Cody means " helpful" or "pillow". Originally, Cody was used as a nickname for Dakota, but it has since gained popularity on its own. Cody is both a boy's name and a girl's name, remaining fairly popular for the last few decades.

How Popular is the Name Cody?

Cody is the number 312 most popular boys name in the US, according to 2021 Social Security Administration data. It was in the top 25 back in the 1990s but has been on a decline since. Cody fell out of the top 100 in 2006 but is still rather popular in the UK.

Cody was once used more commonly as a nickname for the name Dakota but has since become a gender-neutral option for many families. A popular surname, it invokes images of one of the American frontiersmen, Buffalo Bill Cody.

Popularity of the Name Cody in the United States

According to Google search data analysis, in the last five years Cody was at its peak popularity in January 2019.

Cody was searched for most often in the following states:

Cody has been a popular name since the time of Buffalo Bill. It invokes images of singer Cody Simpson, actor Cody Linley, singer Cody Carson, wrestler Cody Rhodes, and YouTuber Cody Jones. Cody has been a popular name for celebrity children, as well, having been chosen by Robin Williams, Kathie Lee Gifford, Dee Snider, Billy Ray Cyrus, and Kenny Loggins. It has also been a popular choice for pop culture, appearing in The Suite Life of Zack and Cody, True Romance, Agent Cody Banks, and American Gothic.

The Name Cody Appears On These Baby Name Lists