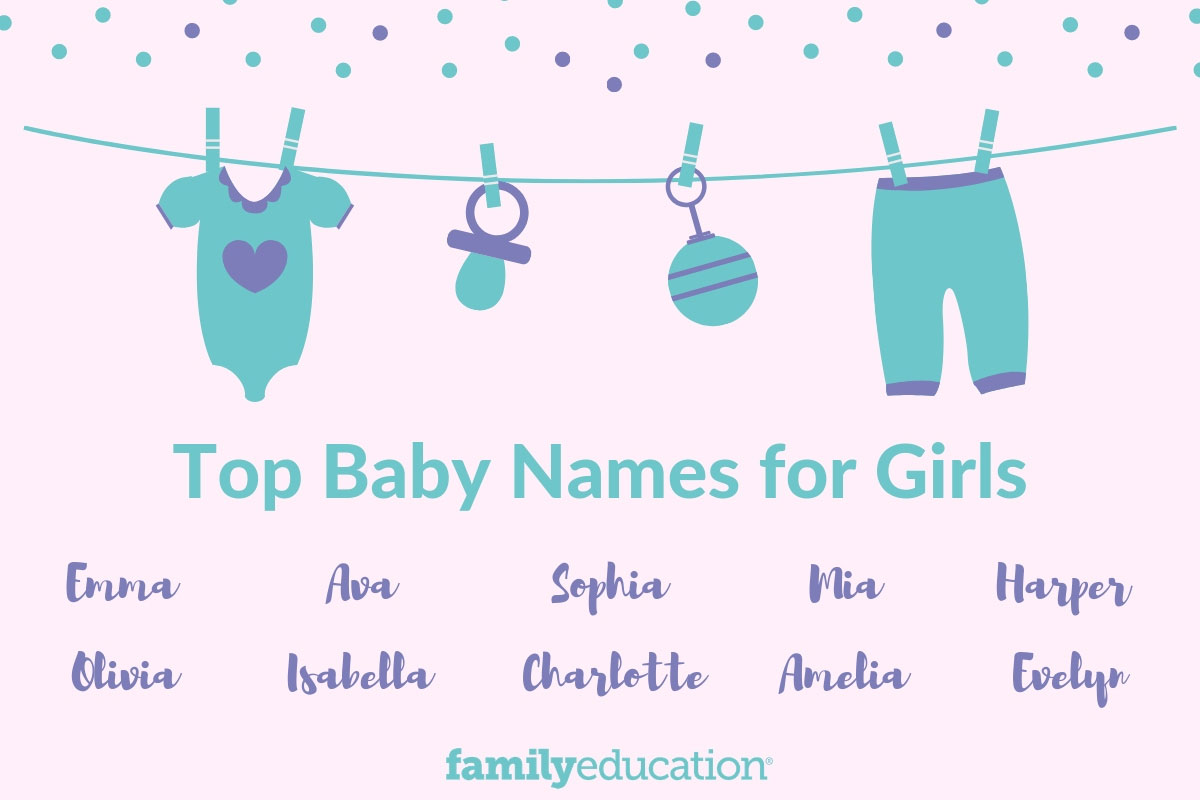 What are the five most popular names for girls?

Here are the five most popular names for girls for 2019. Continue reading for the top 100 girl names along with their meaning, origin, and popularity over the years.

You've done everything from stocking her closet to building the crib for your new little girl, but you haven't chosen a name yet. Choosing a name for your baby can seem like one of the most daunting tasks during pregnancy. Every name reminds you of someone, or has some positive or negative association that you don't want to incorporate into your baby's identity. That's why browsing top baby name lists like this one can help inspire you and even make you aware of names you may not have considered before.

Sign-up for our newsletter to stay on top of the most popular baby names and trends.

"We’ve noticed that crossover names are now going BOTH ways," says Jennifer Moss, founder of Babynames.com. "There were more girls named Charlie than boys, and Eden, Jude, Sage, and Gael showed up on the boys’ charts. Could possibly be from the awareness, now, that gender is not binary."

Girl Names on the Rise

The award for the largest jump on the list, making it the fastest-growing girl name in popularity, goes to Meghan. Meghan moved from position 1,404, to 701 in just one year.

Other girl names with the largest positive change in 2018 include: Dior, Adalee, Palmer, Oaklynn, Haisley, Keily, Novah, and Yara.

Girl Names on the Decline

Over the past year, one of the most popular names fell out of the top 10: Abigail.

However, Audrina had the most significant decline over the last year, dropping 322 ranks from 856 to 1,178. Courtney was just behind dropping 242 spots, and Angelique just behind that dropping 227 spots.

Other notable drops on the list include: Marjorie, Anabelle, Marissa, Elsa, and Jessa.

Looking for boy names? Check out the This Year's Top Baby Boy Names.

The Top 100 Baby Names for Girls

5 Warning Signs Your Teen is About to Burn Out

Our Baby Name Predictions for 2020

Our Favorite Pregnancy Announcement Ideas of 2019