Meaning and Origin of: Jane 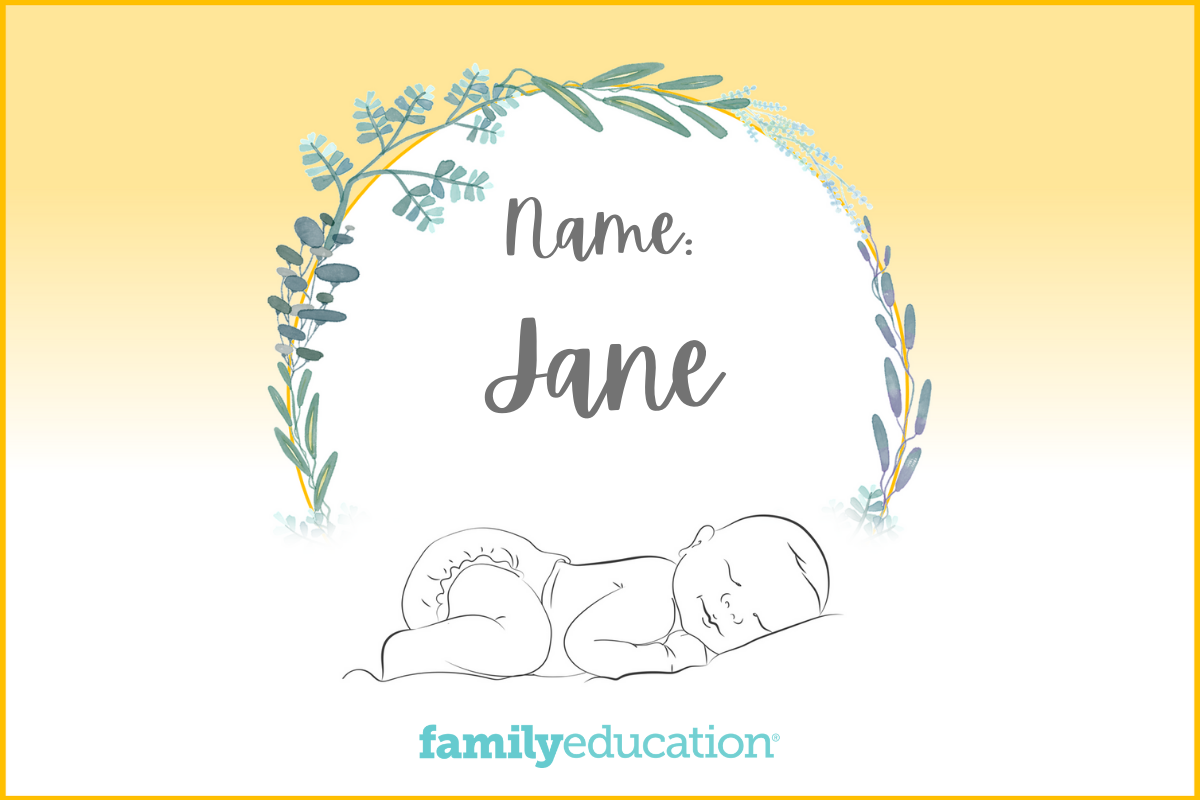 What Does Jane Mean and Stand For?

The name Jane is of Hebrew origin and means "God is gracious." It has long been a popular name with ties to English monarchs, including the third wife of King Henry VII Jane Seymour and the "Nine Days' Queen" Lady Jane Grey.

What Does the Name Jane Mean?

Jane is a girls' name of Hebrew origin, meaning "God is gracious." It is the feminine version of John and a variation of Joan.

The name Jane dates back to 1500s Tudor England, and it has remained popular for centuries. Jane held a strong position at the top of the baby name charts in the early 20th century before slowly declining in popularity. It is now making a comeback.

How Popular is the Name Jane?

Jane is the #265 most popular girls' name in the U.S., according to 2021 Social Security Administration data. It has been steadily rising on the charts since the year 2000.

However, Jane ranks #15 on FamilyEducation.com.

According to Google search data analysis, in the last five years Jane was at its peak popularity in March 2022.

Popularity of the Name Jane in the United States

Jane was searched for most often in the following states:

Jane is a popular name in literature, featuring in Charlotte Brontë's Jane Eyre, Jane Austen's Emma and Pride and Prejudice, J.D. Salinger's The Catcher and the Rye, and Charles Dickens' David Copperfield.

The name Jane also features in films and TV such as Charlie's Angels, Big Little Lies, Jane the Virgin, and the Marvel Universe.

Jane Hopper is the adopted name of "Eleven" in the popular Netflix series Stranger Things.