Meaning and Origin of: Joanna 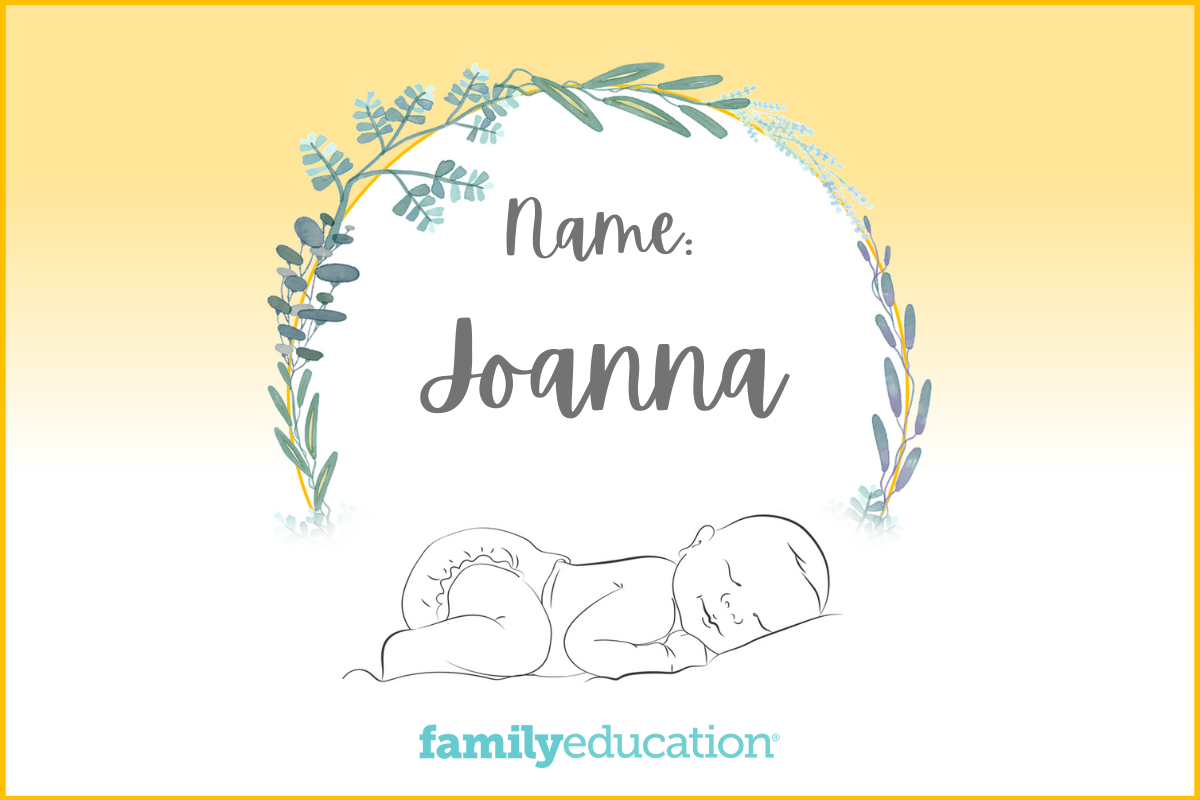 What Does Joanna Mean and Stand For?

The name Joanna is a Hebrew name meaning "God is gracious." It is also a feminine version of the name John. Joanna has long been a popular name with biblical roots and a rich history as the name of many royal European monarchs.

What Does the Name Joanna Mean?

Joanna is a girls' name of Hebrew origin, meaning "God is gracious." Joanna is a biblical name from the New Testament. The biblical Joanna was a saint who helped Jesus on his travels.

Popular variations of Joanna include Johanna, Joan, Joanne, and Jana.

How Popular is the Name Joanna?

Joanna is the #291 most popular in the U.S., according to 2021 Social Security Administration data. It was very popular name in the 1980s that has since been falling on the charts. However, Joanna ranks #6 on FamilyEducation.com.

According to Google search data analysis, in the last five years Joanna was at its peak popularity in December 2017.

Popularity of the Name Joanna in the United States

Joanna was searched for most often in the following states:

The name Joanna is popular for characters in TV, movies, and books. Joanna features in Game of Thrones, Mr. Robot, Supernatural, Star Trek, and the DC Universe.