Meaning and Origin of: Blake 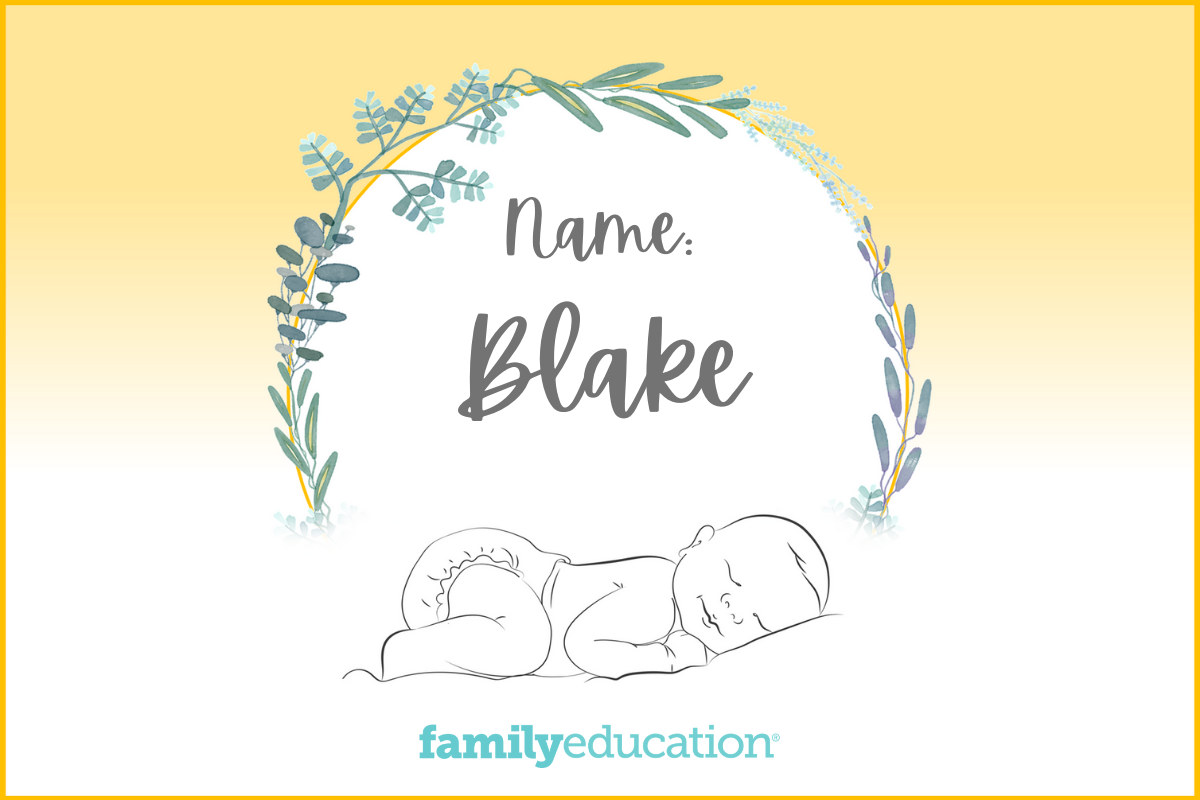 What Does the Name Blake Mean and Stand For?

The name Blake is of Old English origin, having roots in Great Britain and Ireland. The last name Blake has been common for centuries, its popularity owing to the 18th century English poet, William Blake. Blake has since become a popular first name for both boys and girls.

What Does the Name Blake Mean?

Blake is a gender-neutral name of Old English origin. The name either comes from the word blāc, meaning "black," "dark haired," and "dark," or the word blac, meaning "pale," "white," and "fair."

In the absence of independent evidence as to whether the person referred to was dark or fair, it is now impossible to tell which sense was originally meant.

How Popular is the Name Blake?

Blake is the #210 most popular name in the U.S., according to

Social Security Administration data. It was a very popular name in the early 2000s, and is slowly becoming less common. However, it is the 47th most popular name on FamilyEducation.com

According to Google search data analysis, in the last five years Blake was at peak popularity in August 2020.

Popularity of the Name Blake in the United States

Blake was searched for most often in the following states: