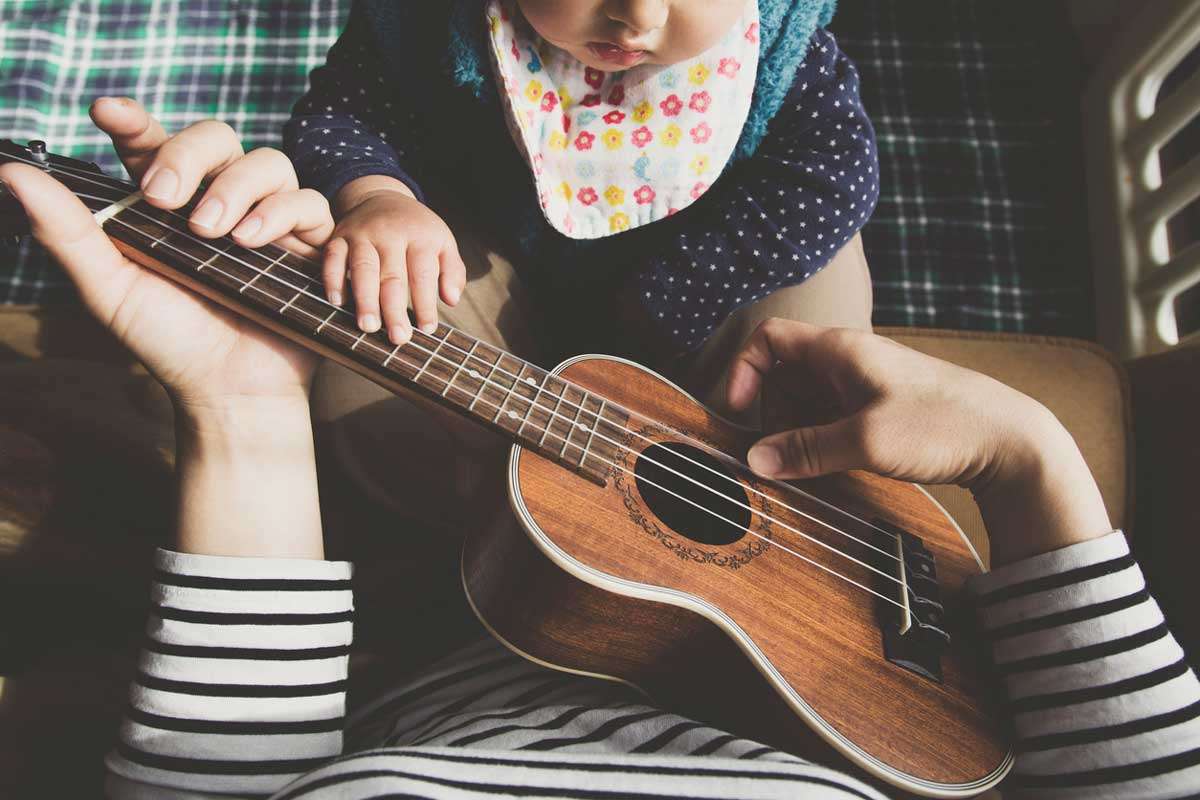 We've rounded up the top music-inspired baby names by genre including for each: rock, indie, country, R&B and hip hop, and pop. For the couple who loves music this is the ultimate list of baby names.
Sa'iyda Shabazz

When you’re thinking of choosing a baby name you don’t need to look any further than your music collection. There are tons of musicians who have names that not only sound cool but come with the legacy of icons. “Because it’s trendy to use surnames as first names, many people are using musicians’ surnames like Jagger, Hendrix, and Presley to honor their faves,” says Jennifer Moss, Founder & CEO of BabyNames.com. You can listen to their podcast on the subject here.

No matter which genre of music you like, there are names to be found. This list is just a small selection of names inspired by popular singers across genres including Rock, Pop, Country, Indie, and R&B/Hip-Hop. Or, think about who your favorite musicians are and go from there!

Paul McCartney is arguably one of the most influential and iconic rock stars in history.

Janis Joplin is one of the greatest female rock singers of all time.

David Bowie is an absolute legend. This gender neutral name will ensure your kiddo has rock star status.

Alanis Morissette is one of the 90’s biggest pop/rock singers. Her iconic album, Jagged Little Pill was recently turned into a musical.

Freddie Mercury is the biggest rockstar of all time, with an insane vocal range and a bevy of hits.

Gwen Stefani is one of the most popular female rock stars of the 90s, and a style icon.

Mick Jagger, lead singer of the Rolling Stones is one of the most popular rock frontmen ever.

Grace Slick was the lead singer of the bands Jefferson Airplane, Jefferson Starship and Starship.

Tegan Quin is one half of the popular indie band Tegan and Sara, whose songs have been featured on Grey’s Anatomy.

Rufus Wainwright is a popular and eclectic indie singer.

Conor Oberst is an indie singer best known for his work in Bright Eyes, but he has also had a very successful solo career.

Florence Welch is the fire-haired, ethereal-voiced singer of the band Florence + The Machine.

Damien Rice is a popular indie singer/songwriter from Ireland.

Elliott Smith was a popular indie singer who had an Oscar nominated song from the movie Good Will Hunting.

Regina Spektor is a popular indie songstress and a Russian Jewish refugee.

Carrie Underwood is one of the biggest female country artists of the last ten+ years.

A country girl at heart, and one of the first modern country/pop crossover acts.

Brad Paisley is one of the most generous and popular male country artists around.

Patsy Cline is one of the greatest and most beloved country singers of all time.

Faith Hill is the epitome of 90’s female country singers.

A gender neutral name inspired by Blake Shelton, who was voted one of the sexiest men alive.

Waylon Jennings was a popular country singer in the 60’s and 70’s especially.

Kacey Musgraves is one of the biggest country singers currently in the game—her album, Golden Hour won Album of the Year at this year’s Grammys.

Johnny Cash is the most iconic male country singer. And his love affair with his wife June Carter Cash is just as iconic.

Lauryn Hill is one of the best female R&B singers of all time and a prolific hip-hop artist as well.

Luther Vandross is one of the most perfect and popular male R&B singers of the 80’s and 90’s.

Some people may know her as “T-Boz” but the “T” in TLC is also short for Tionne.

Lil’ Kim is without a doubt one of the greatest female MCs of all time.

Christopher Wallace, aka The Notorious B.I.G., is definitely one of the greatest and most influential rappers of all time.

Whitney Houston had one of the best voices in R&B music ever.

Abel Tesfaye is the given name of R&B superstar The Weeknd.

Janelle Monae is one of the most prolific and groundbreaking modern R&B singers.

Kendrick Lamar is the first rapper to win the Pulitzer Prize for music.

Aubrey Graham, otherwise known as Drake, is a popular rapper and actor.

Taylor Swift is a country darling turned pop icon. And Taylor is a perfect gender-neutral name.

Harry Styles is currently one of the most recognizable male pop stars. Not only is he known for his music, but also his fashion sense and dazzling smile.

Ariana Grande is the biggest female pop singer right now, and rightfully so.

Before Justin Bieber, there was the G.O.A.T. Justin Timberlake. No one will think you’re naming your kid after Justin Bieber anyway.

Celine Dion is the definition of pop diva.

Shawn Mendes may be young, but he’s incredibly talented and surprisingly adorable.

Miley Cyrus may have started as Hannah Montana, but she has successfully shed her little kid image.

Elton John is the most legendary dressed male pop singer, with a decades-long career.

Adele has the soundtrack to many a heartbreak, but she’s just so unbelievably talented.

Bruno Mars is one of the most popular male pop/R&B singers in the game right now.