Meaning and Origin of: Nicole 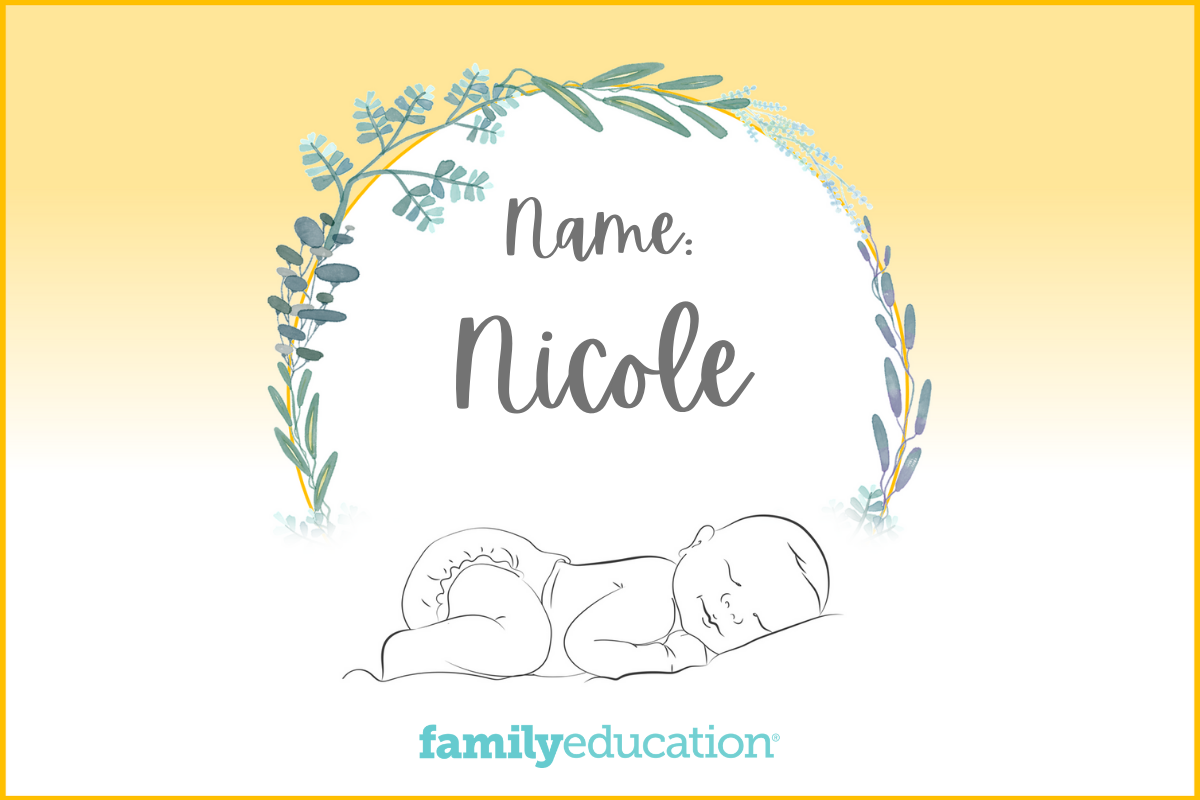 What Does Nicole Mean and Stand For?

The name Nicole is of Greek origin, meaning "victorious people." It comes from the Greek nike ("victory") and loas ("people"). Nicole is the female version of the name Nicolas, or Nicholas.

What Does the Name Nicole Mean?

Nicole is a girls' name of Greek origin, meaning "victory of the people." It is the female version of the name Nicholas, and an alternate spelling of Nichole.

The name Nicole originated in France in the Middle Ages as a reference to the Greek Saint Nicholas. Variations of this name include Nicola, Nicky, Nikki, Nicolette, and Colette.

How Popular is the Name Nicole?

Nicole is the #340 most popular name in the U.S., according to 2021 Social Security Administration data. It was widely popular in the 90s and early-2000s, ranking #31 in the year 2000. It has since faced a slow decline in popularity.

However, Nicole ranks #39 on FamilyEducation.com.

According to Google search data analysis, in the last five years Nicole was at its peak popularity in February 2018.

Popularity of the Name Nicole in the United States

Nicole was searched for most often in the following states:

The name Nicole features in TV shows such as Orange is the New Black, Days of Our Lives, The Young and the Reckless, and Zoey 101.