Meaning and Origin of: Presley 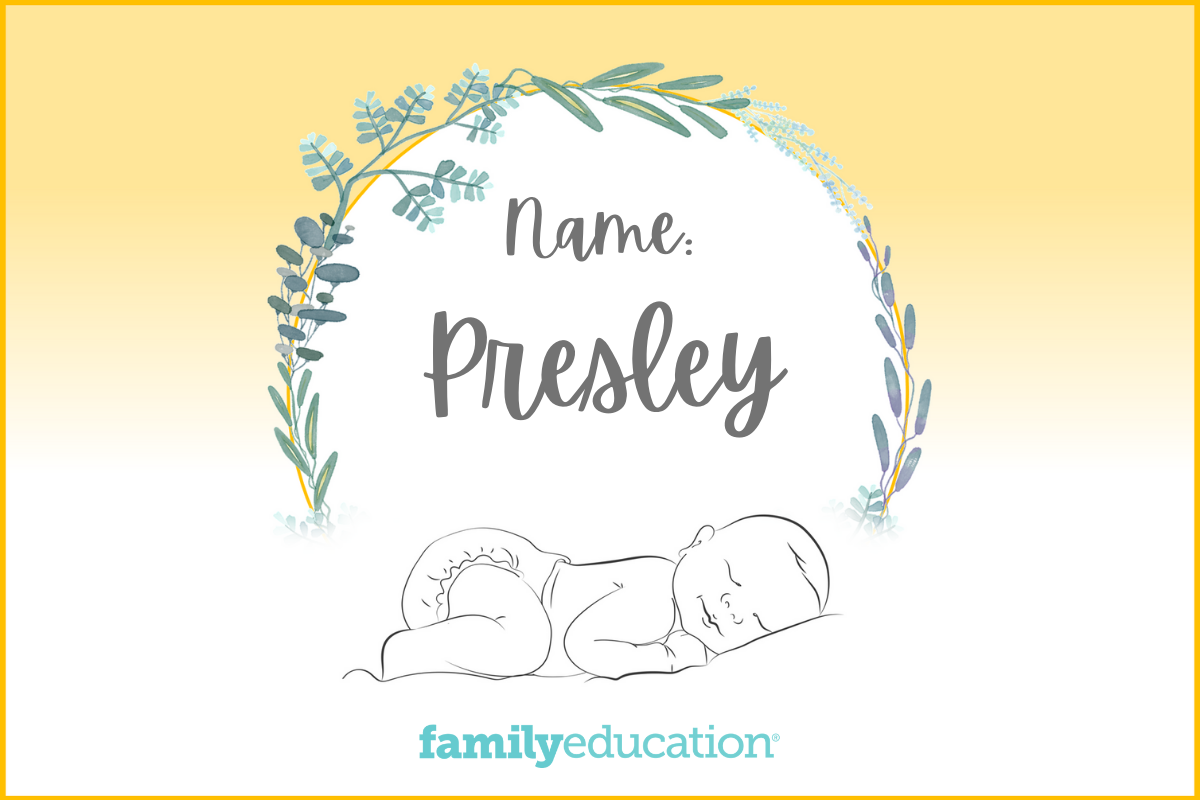 What Does Presley Mean and Stand For?

The name Presley comes from 12th century England, and was a family name for those who lived near the church or by the priest's meadows. American music star Elvis Presley popularized the name in the 20th century, and it is thanks to him that Presley is now a common choice of first name for both boys and girls.

What Does the Name Presley Mean?

Presley is a gender-neutral name of English origin, meaning "from the priest's meadow." Although commonly associated with "King of Rock and Roll" Elvis Presley, the name dates back to 12th century England where it began as a surname for those who lived by the priest's fields or meadows.

Since the turn of the 21st century, Presley has become a popular first name in the United States. It works for both boys and girls, but it is particularly popular as a girls' name.

How Popular is the Name Presley?

Presley is the #213 most popular name in the U.S., according to Social Security Administration data. However, it is the 3rd most popular name on FamilyEducation.com. It has been rapidly increasing in popularity since the year 2000 when it ranked #790.

According to Google search data analysis, in the last five years Presley was at its peak popularity in July 2020.

Popularity of the Name Presley in the United States

Presley was searched for most often in the following states:

The most famous Presley is late American singer Elvis Presley, widely considered to be the "King of Rock and Roll."