Old English First Names and Meanings for Boys and Girls 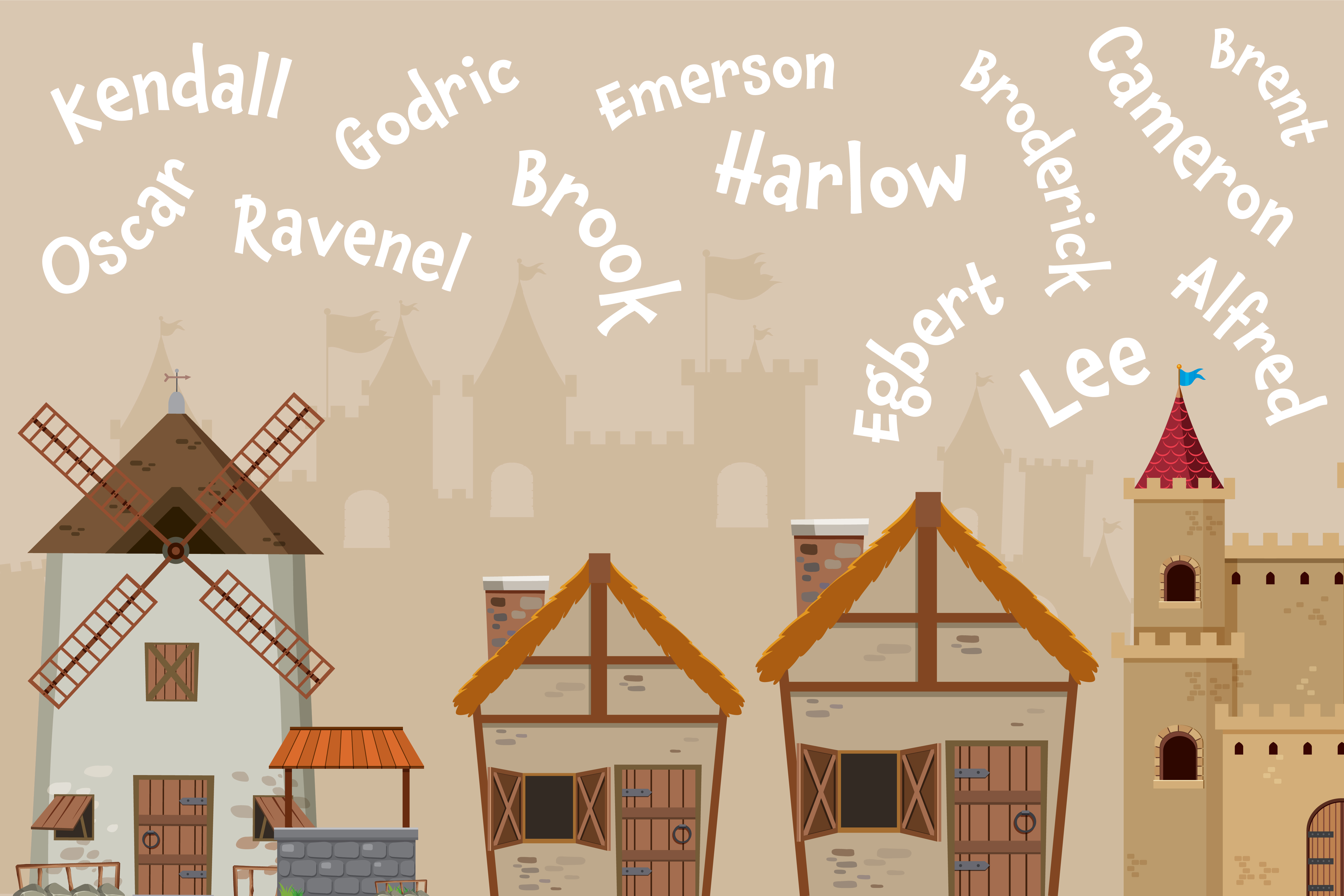 Following the Norman conquest of 1066, Old English was gradually replaced by the Anglo-Norman language (also referred to as Anglo-Norman French). From this grew the period of Middle English which was spoken during the Late Middle Ages from roughly the 12th to the 14th century.

Old English names were heavily influenced by the German and Scandinavian invaders that came before the Norman Conquest. After 1250, names shifted almost completely to Norman names like Robert and William.

Anglo-Saxon names, like many traditional Germanic names, were usually composed of two elements: a prefix and a personal name. For example, the name Aethelred is a combination of two elements æthel, meaning "noble", and ræd, meaning "advice."

If you're looking for a baby girl name that's fit for royalty, use our list of Old English names for baby name inspiration. These historical names also make great choices for unique middle names for your little girl.

If you're looking for a baby boy name with a long history behind it, these name options are noble and powerful options.

If you're looking for a unique baby name inspired by Old English customs, many of these names are still in use today! Here are some popular names with Old English roots that have stood the test of time.