Meaning and Origin of: Jordan 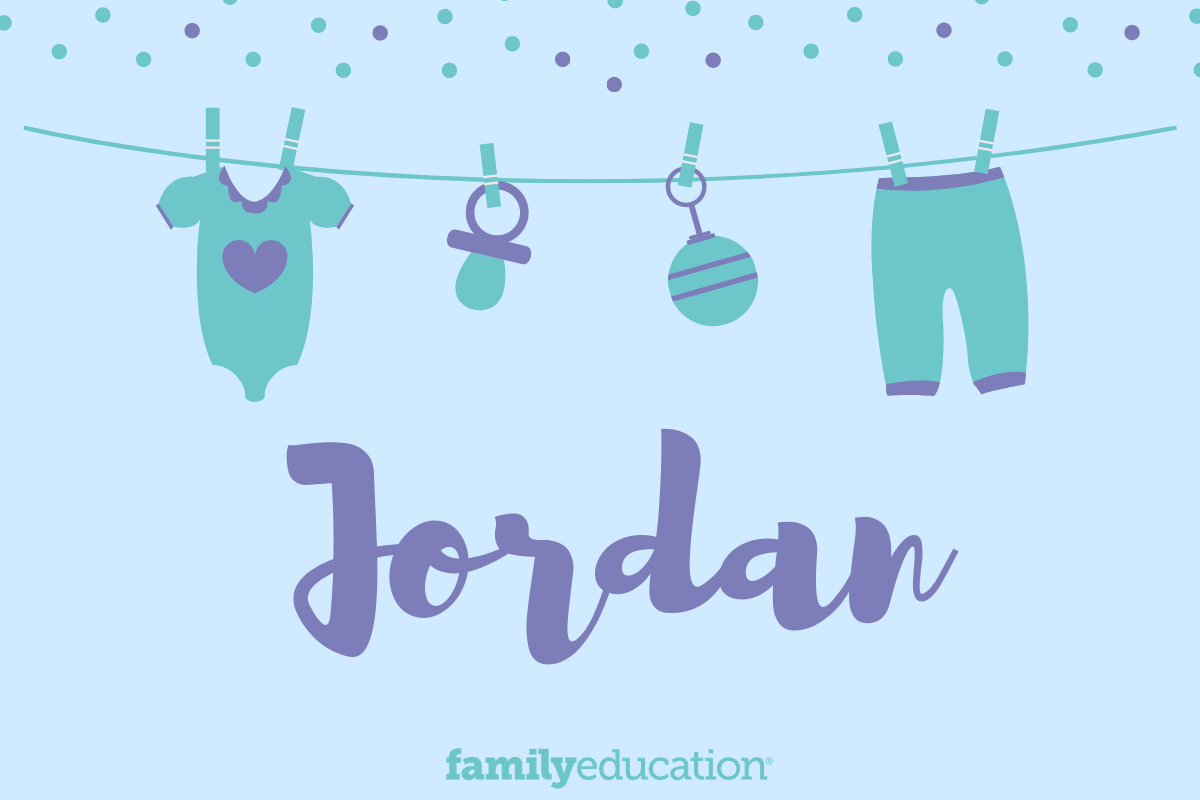 What does Jordan mean and stand for?

The name Jordan is of Hebrew origin and means "flowing down." It is derived from the Hebrew word yarad meaning "descend" or "flow down".

According to Google search data analysis, in the last five years Jordan was at its peak popularity in April 2020.

Jordan was originally given to those baptized in holy water brought back by Crusaders from the River Jordan. Recently, it has become a popular unisex name, beginning to rise in popularity with basketball star Michael Jordan. Other namesakes of Jordan include Jordan Peele, Jordan Knight, Jordan Pruitt, and Jordan White. The name has also been chosen for various fictional characters who appear in Inside Out, My So-Called Life, Teen Wolf, and Dexter. Taylor Hanson, Dierks Bentley, Dr. Phil and Kenny Rogers have also chosen the name Jordan for their children.

Jordan was searched for most often in the following states: