Meaning and Origin of: Jaden 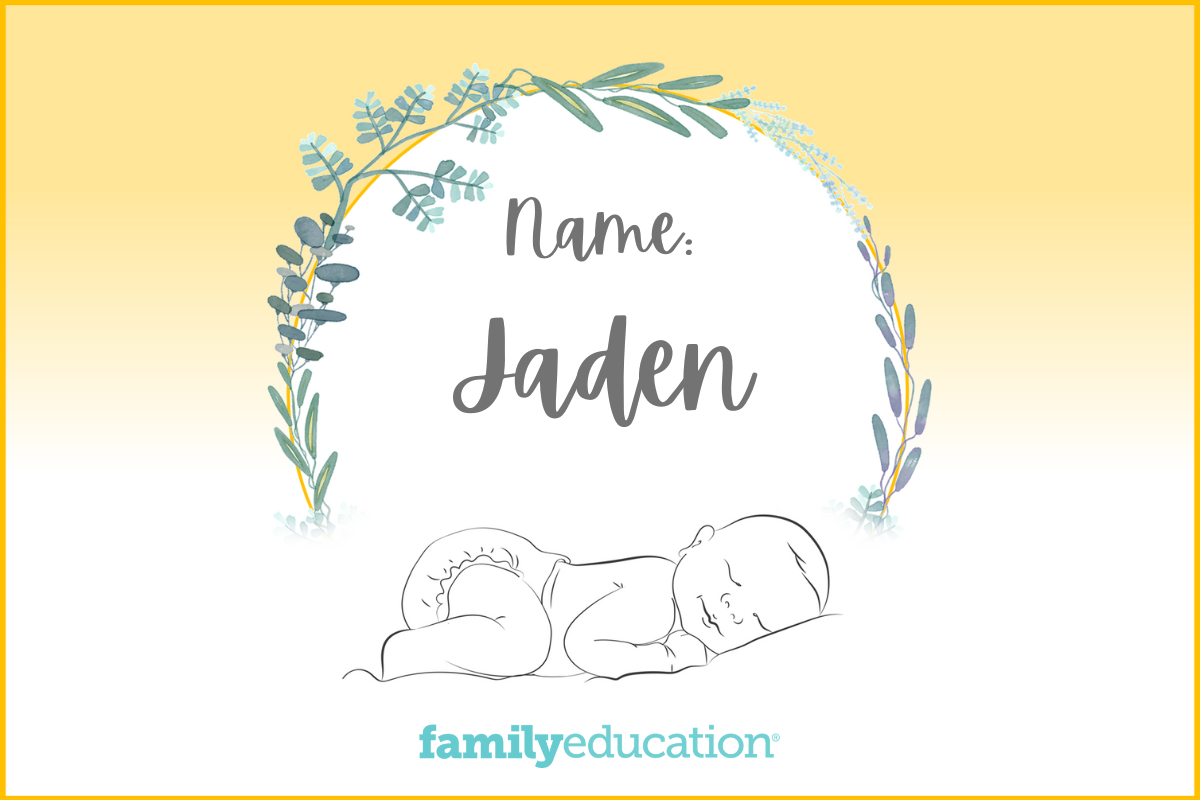 What does Jaden mean and stand for?

The name Jaden is of Hebrew origin and means "God heard." It is a modern variation of the biblical name Jadon, but lately the newer variation, Jayden, has become more popular.

What Does the Name Jaden Mean?

The name Jaden is a gender-neutral name meaning "God has heard." Jadon, the original spelling, was a very biblical name, but this new variation has since become more popular.

How Popular is the Name Jaden?

Jaden is the number 307 most popular boys name in the US, according to 2021 Social Security Administration data. It has only recently fallen out of the top 300, after slowly decreasing in popularity. Before this drop, Jaden enjoyed a spot in the top 100 for nearly a decade.

However, it is the 29th most popular name on FamilyEducation.com.

Popularity of the Name Jaden in the United States

According to Google search data analysis, in the last five years Jaden was at its peak popularity in November 2018.

Jaden was searched for most often in the following states:

It is thought that actors Will Smith and Jada Pinkett Smith put this particular spelling variation on the map when they chose it for their son in 1998. Christian Slater, Andre Agassi and Steffi Graf, Jaime Bergman and David Boreanaz, and Shannon Boxx quickly followed suit, naming their children with the Jaden spelling. Other notable namesakes include actor Jaden Isaiah Betts and professional wrestler Jaden. The name has also appeared in YuGiOh and Star Wars.