Meaning and Origin of: Kevin 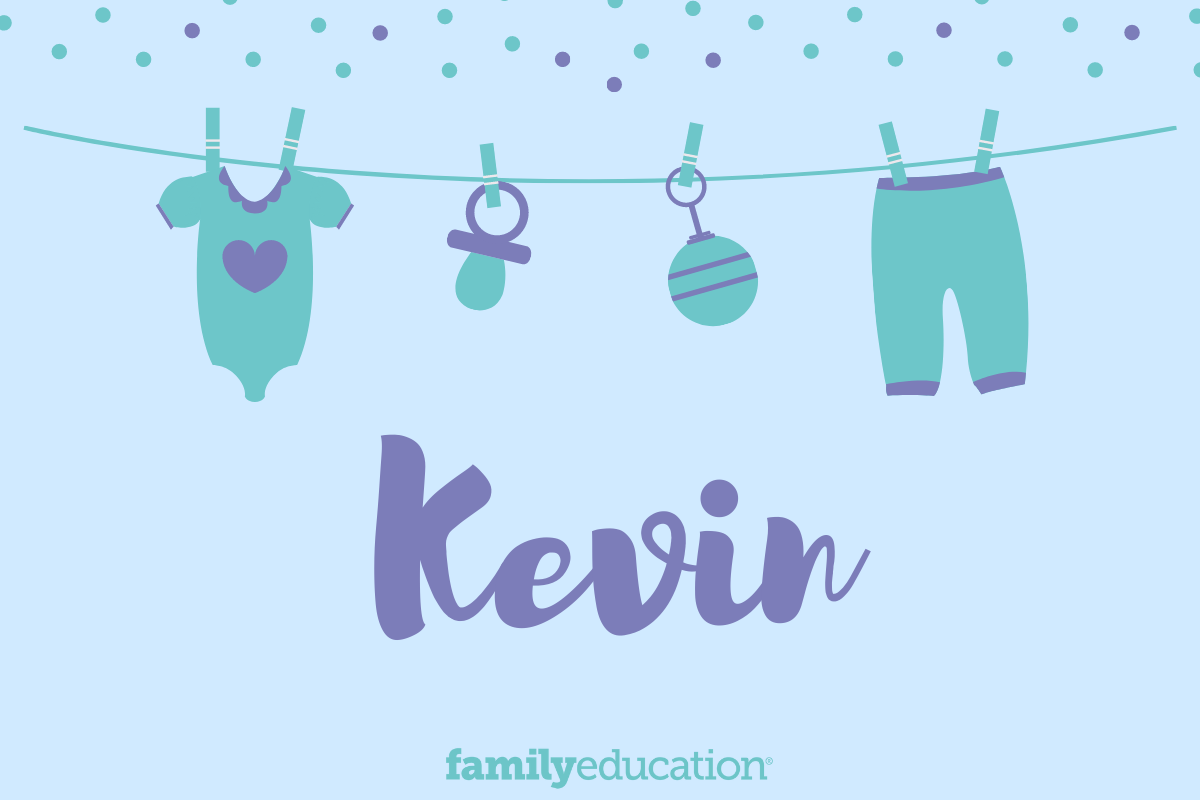 What does Kevin mean and stand for?

The name Kevin is of Irish origin and means "handsome." It is derived from the Irish name Caoimhín, which originated from the elements coém, meaning “handsome” and gein, meaning “birth.”

According to Social Security Administration data, Kevin has slowly been decreasing in popularity, falling out of the top 150 for the first time in 2020. Kevin maintained a spot in the top 50 until 2009 and the top 100 until 2016.

However, it is the 34th most popular name on FamilyEducation.com.

According to Google search data analysis, in the last five years Kevin was at its peak popularity in September 2019.

Kevin has been popular since the 7th century, with Saint Kevin whom founded a scholastic monastery near Dublin. He was even made one of the patron saints for the city later on. Despite the slight decline of Kevin, it has so many notable namesakes: Kevin James, Kevin Bacon, Kevin Costner, Kevin Wayne Durant, Kevin Heart, and Kevin Jonas. Jimmy Kimmel chose the name for his son. Kevin has also made a few appearances in pop culture, with characters in Up, Home Alone, American Pie, White Chicks, Ed, Edd n Eddy, and Riverdale.

Kevin was searched for most often in the following states: