Meaning and Origin of: Louis 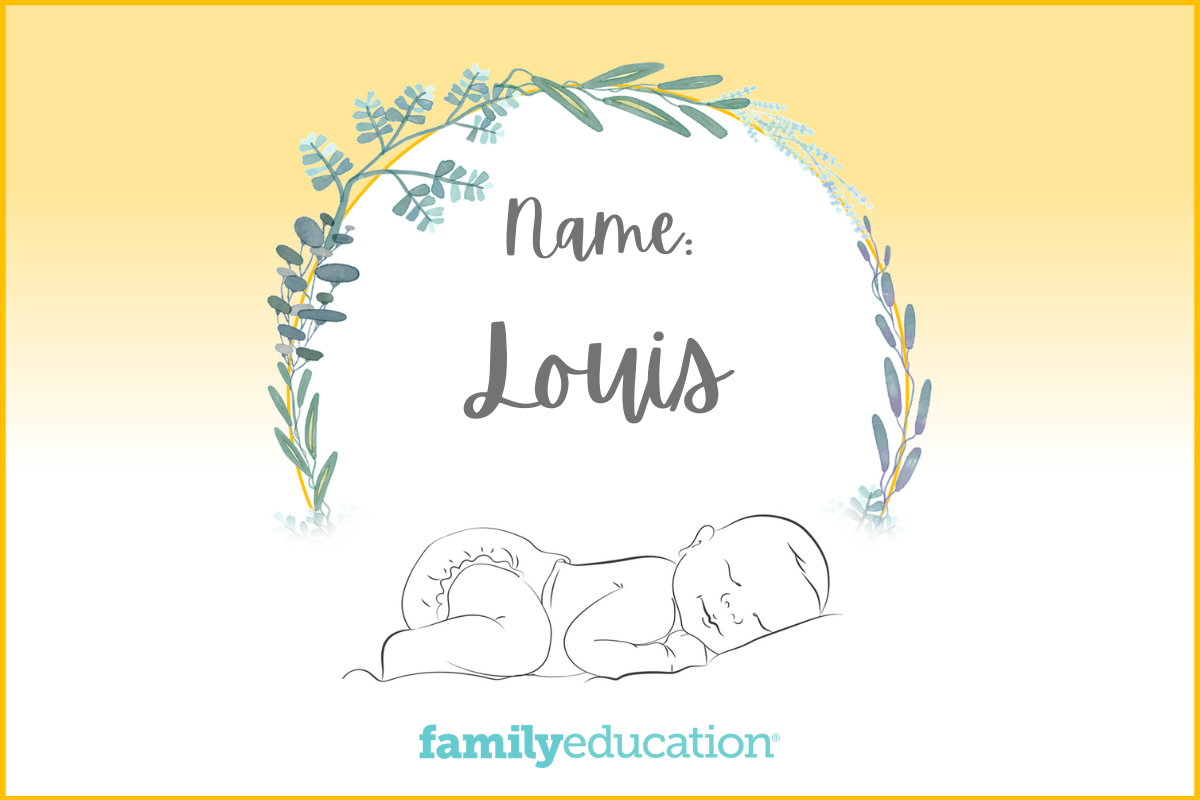 What does Louis mean and stand for?

The name Louis is of German origin and means "famed warrior." It is the French version of Ludovicus and the Latinized version of Ludwig. The name was mainly reserved for royalty, with only some popularity in the Middle Ages before falling off the grid for a few decades.

What Does the Name Louis Mean?

The name Louis is of German and French origin and means "renowned warrior." A once classic name, Louis appears to be making the comeback in recent years.

How Popular is the Name Louis?

Louis is the number 251 most popular boys name in the US, according to 2021 Social Security Administration data. It was losing popularity for a while there, but began to jump back up in 2014. Since then, it has steadily held a position in the top 300.

Popularity of the Name Louis in the United States

According to Google search data analysis, in the last five years Louis was at its peak popularity in November 2017.

Louis was searched for most often in the following states:

Louis is one of those classic names that has many bearers. Various kings in France, Hungary, Naples, Bavaria, Etruria, Holland, Spain, and many more countries shared this name. More recently, Louis has had namesakes such as jazz musician Louis Armstrong, Olympian Louis Silvie "Louie" Zamperini, singer Louis William Tomlinson, comedian Louis C.K. (born Louis Szekely), musician Louis Thomas Jordan, and writer Louis "Jack" Lebris de Kerouac. The name really received an uptick in popularity after being chosen for the third child of Prince William and Kate Middleton. Other celebrities who have chosen the name include Mel Gibson, Sandra Bullock, and Majandra Delfino and David Walton. With the age of the name, it comes as no surprise that it's been a staple in pop culture. Louis has appeared in Interview with a Vampire, Harry Potter, Even Stevens, Suits, CSI: Crime Scene Investigations, The Princess and the Frog, and Ghostbusters.