Meaning and Origin of: Adam 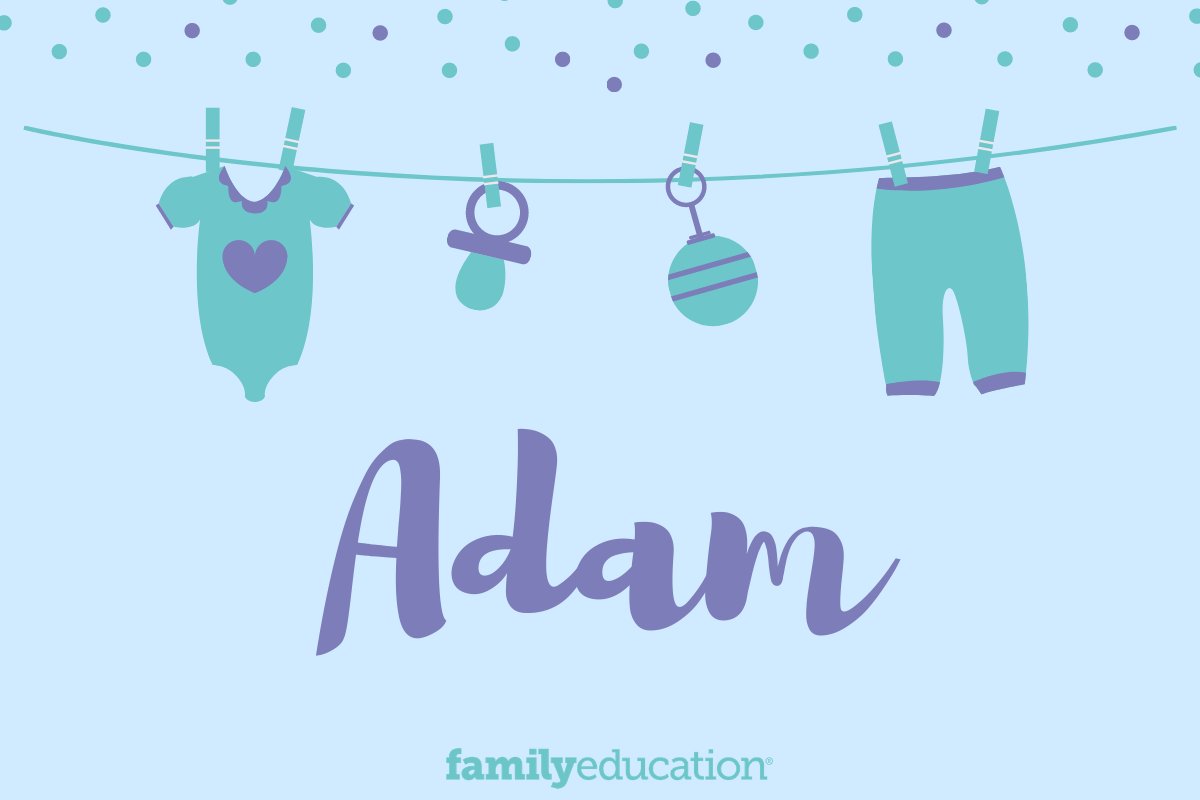 What does Adam mean and stand for?

The name Adam is of Hebrew origin and means "son of the red Earth". It derives from Hebrew אדם ('adam) meaning "to be red", and is oftentimes used to reference mankind.

According to Social Security Administration data, Adam has been consistently popular, briefly enjoying a spot in the top 50 from 2000 to 2001, but consistently staying in the top 100.

However, it is the 39th most popular name on FamilyEducation.com.

According to Google search data analysis, in the last five years Adam was at its peak popularity in January 2019.

Adam, an Old Testament name, is the name of the first man God created and is often used to reference mankind as a whole. Recently, Adam Sandler, Adam Levine, Adam Lambert, Adam Driver, and Adam Brody are some of the most popular namesakes, but there are many, many others. While the name has decreased in popularity, it is still oftentimes chosen for fictional characters, appearing in Girl, Adam and Steve, All My Children, and The Young and the Restless to name just a few.

Adam was searched for most often in the following states: