Meaning and Origin of: Bryan 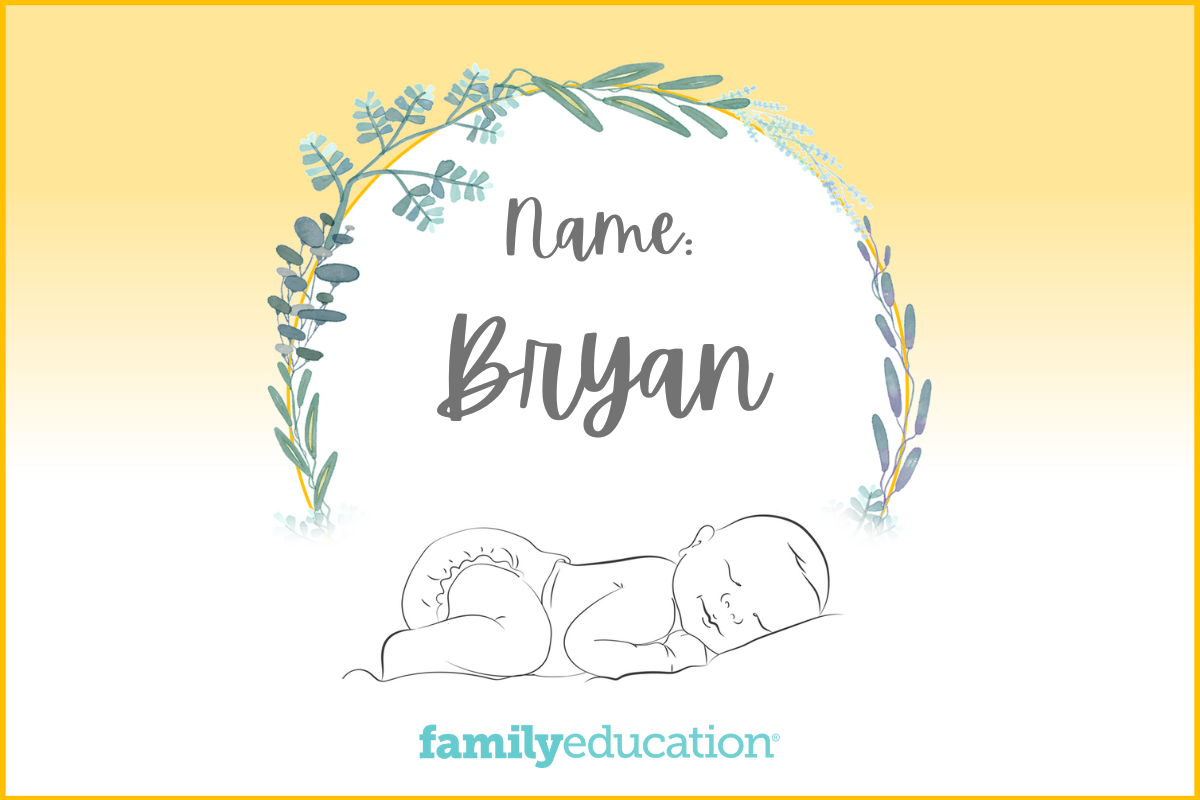 What does Bryan mean and stand for?

The name Bryan is of Irish origin and means "strong." It is a newer variation of the once popular name Brian.

What Does the Name Bryan Mean?

Bryan is of Irish origin and has become quite the popular spelling variation of the name Brian.

How Popular is the Name Bryan?

Bryan is the number 285 most popular boys name in the US, according to 2021 Social Security Administration data. This spelling variation had once been very popular, but since falling out of the top 100 in 2011, it has since been on a slow decline.

Bryan was once popular in only Ireland, but this variation has made its way to many other countries in the last few decades.

However, it is the 41st most popular name on FamilyEducation.com.

Popularity of the Name Bryan in the United States

According to Google search data analysis, in the last five years Bryan was at its peak popularity in January 2020.

Bryan was searched for most often in the following states:

In recent years, Bryan has surpassed its original spelling Brian in popularity. This could be due to the namesakes Bryan Cranston, Bryan Ferry, and Bryan Brown. Despite the rise in this spelling variation, Bryan has still not infiltrated pop culture characters recently.