Meaning and Origin of: Brian 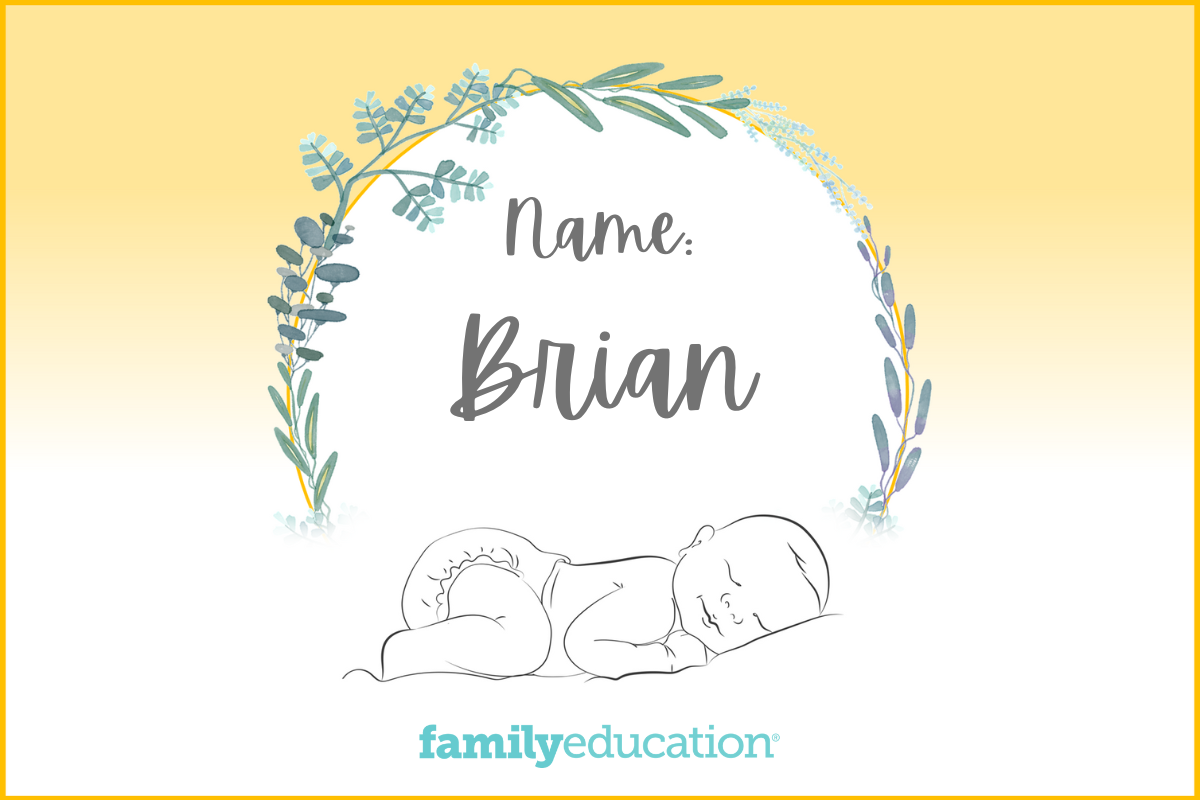 What does Brian mean and stand for?

The name Brian is of Irish origin and means "strong." While the meaning is uncertain, it is thought to be related to the old Celtic root brixs, meaning "hill, high" and brigā, meaning "might, power." The Irish king Brian Boru fought off Vikings to protect Ireland in the 11th Century.

What Does the Name Brian Mean?

The name Brian is of Irish origin and means "honorable" or "strong." Though it is unclear, it is believed the name is derived from an Old Celtic word that is closely related to nobility.

How Popular is the Name Brian?

Brian is the number 288 most popular boys name in the US, according to 2021 Social Security Administration data. It has decreased dramatically in popularity since falling out of the top 100 for the first time in 2010.

However, it is the 41st most popular name on FamilyEducation.com.

Popularity of the Name Brian in the United States

According to Google search data analysis, in the last five years Brian was at its peak popularity in October 2021.

Brian was searched for most often in the following states:

With as popular as Brian has been over the years, it is no surprise that it has various notable namesakes. The name invokes images of King Brian Boru, journalist Brian Williams, actor Brian Manion Dennehy, actor Brian Green, singer Brian McKnight, Beatles manager Brian Samuel Epstein, actor Brian Holden, musician Brian Crum, and singer Brian Johnson. The name has also been readily apparent in pop culture, showing up in Family Guy, Monty Python's Life of Brian, Fast and Furious, and The Breakfast Club.