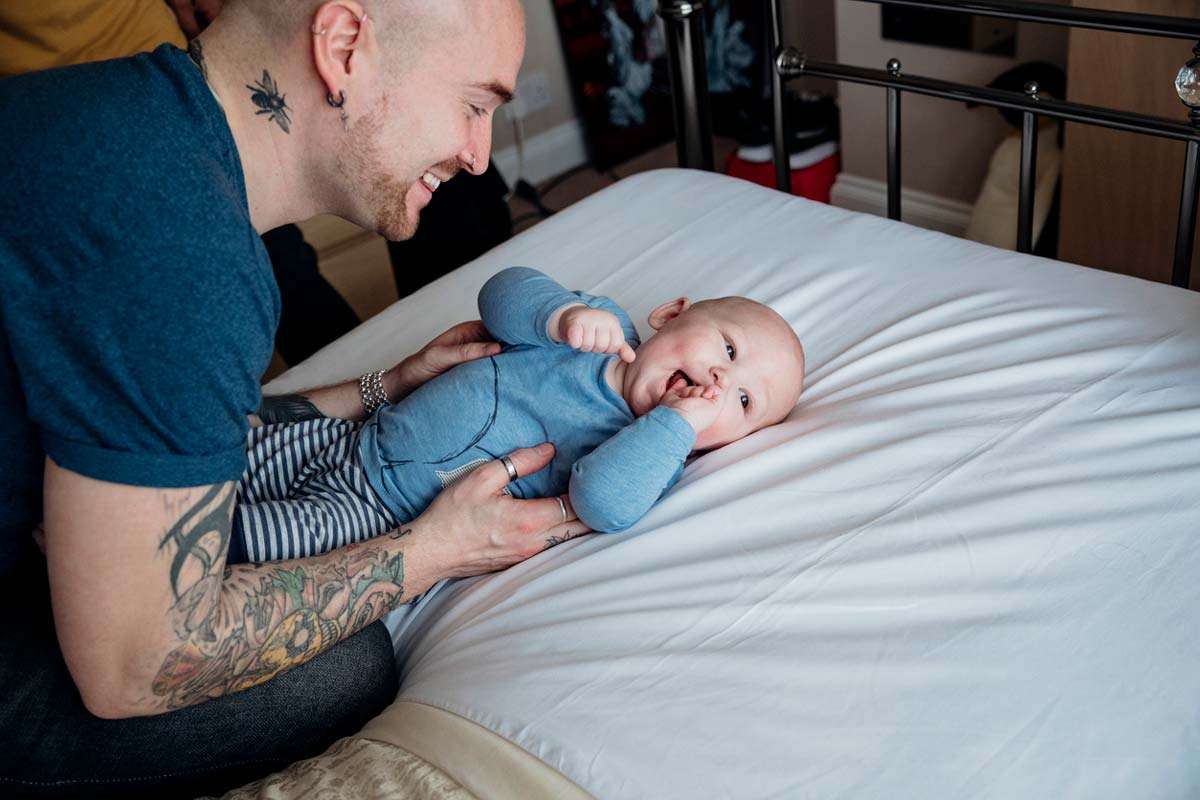 The Most Popular British Baby Names the US Hasn't Discovered Yet

The top baby names in England and Wales will soon make their way over to the US. Here are top predictions for which British baby names will rise in popularity over the next year or so.
Sa'iyda Shabazz

When looking for baby name inspiration, sometimes we have to look outside the country. The most popular names in the United States have generally stayed the same over the last few years. Of course, some names may move up or down the list, but ultimately there isn’t a ton of variation in the top 100 names. If you’re interested in something new, checking the top baby name lists for someplace like England could be what you’re looking for.

In terms of popularity, the top names from England/Wales aren’t as different from the top names in the United States as you’d think. Some trends have made it to both sides of the Atlantic. When it comes to the top names for girls, there is a lot of crossover, especially in the top five. Emma, Sophia, Olivia, Ava and Isabella are the top five in both countries. Emma is number one in the U.S., while Sophia is number one in England/Wales. For boys, there is a lot more variation. Liam and Noah are in the top three for both countries. But England’s number one boy name, Jackson falls in the top 20 in the U.S., where’s it’s been for a few years.

There are some names from England/Wales that don’t appear on the top 100 or even top 1,000 in the U.S. Not all of the names are unheard of in the States, but they don’t have the same kind of popularity here that they do overseas. Some of them are more whimsical than names in the U.S. tend to be, or nicknames of common English/Welsh names. Names native to Wales, Ireland and the Middle East are also more widely used than they are in the US.

Here is a brief list of some of the top 1000 names from England/Wales that have yet to make the same kind of impact in the United States.

Pronounced “Brian-ee,” this Latin name means “to sprout.” Maybe it’s a sign of popularity to come!

Taken from the fragrant and brightly hued spice, Saffron is a popular name in England that could very well cross the pond.

Philippa sounds a bit fancy and old-timey, but it’s beautiful. Pippa Middleton, sister to the Duchess of Cambridge is actually named Philippa, Pippa is a common nickname.

Pronounced “EE-fa,” this name is of Gaelic origin. Aoife lives up to its meaning, it means “beautiful or radiant.”

A nickname of the name Matilda, Tilly (which can also be spelled Tillie) is rising in popularity all on it’s own.

Pronounced “ro-SHEEN,” this Gaelic name means “little rose.” If you’re looking for a flower name, this is a great new option.

Gaelic for fair warrior, Finlay could bring out the warrior spirit, gender not necessary.

This Gaelic name means “abundance.” Actor Jude Law has a son named Rafferty, but it would also be great for a girl.

Entrepreneur Bethenny Frankel named her daughter Brynn, but you could use it for a boy too, second “n” optional.

This short and sweet name adds a bit of spunk, no matter what gender!

This Arabic name, pronounced “LAY-th” means “lion.” Having a boy born in late July/early August? This is a great way to honor their astrological sign.

Like the name James but want something less well known? Hamish is the Scottish version of James. It’s a little old fashioned, but cool in a modern way.

“KEE-en,” as it’s pronounced, is a variation of the Gaelic name Cian, which means “ancient.” Except it actually sounds new!

If you’re looking for a name that starts with “C” and isn’t overdone like Caleb, Callum is a great alternative. It’s quite popular in England, Ireland, Northern Ireland and Scotland.

This biblical name of Hebrew origin is a great alternative to the name Simon if you’re looking for something slightly different.

The name might sound familiar if you’re into cars because of the Aston Martin. A cool sounding name, though people might confuse it for Ashton.