Meaning and Origin of: Fiona 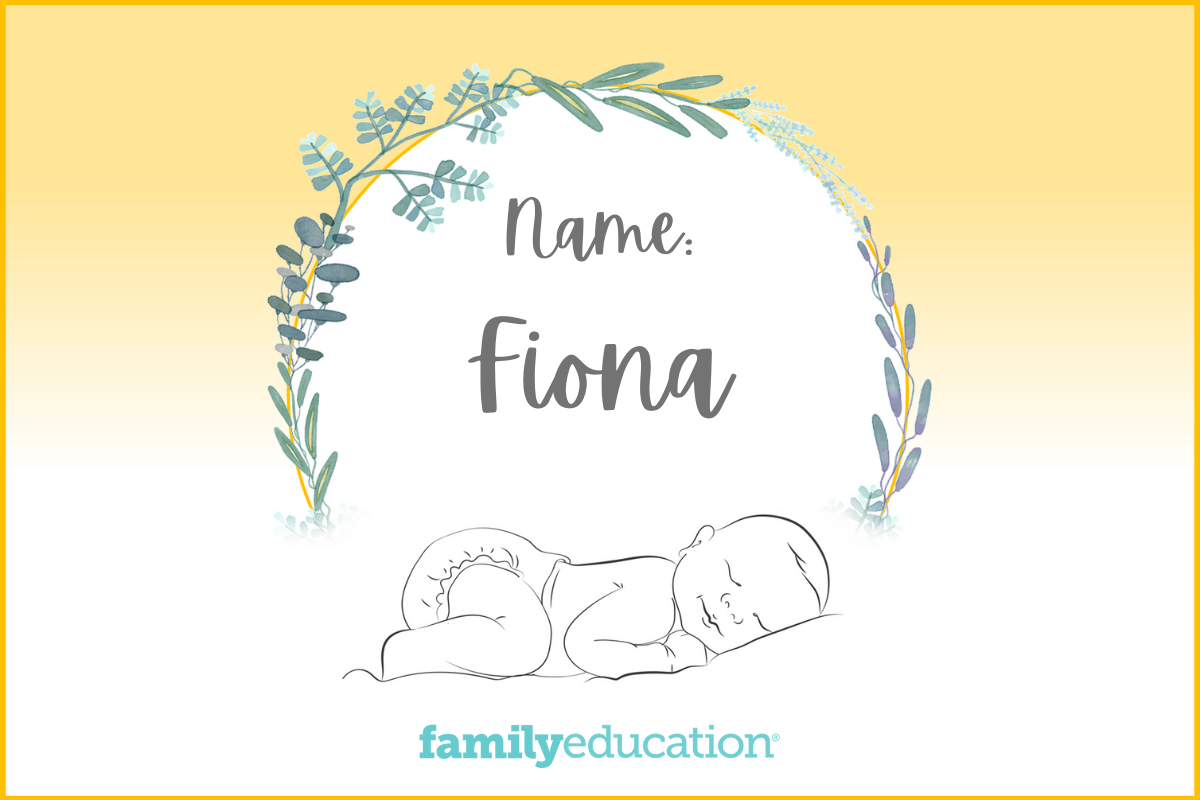 What Does Fiona Mean and Stand For?

The name Fiona has both Scottish and Irish roots. It is a Gaelic name that dates back to the 1700s, but only gained popularity in the United States in the mid-1900s.

What Does the Name Fiona Mean?

Fiona is a girls' name of Scottish and Irish Gaelic origin, meaning "fair" and "white."  The name is believed to have been created by Scottish poet James Macpherson in the 1700s.

The name Fiona was popularized in the U.S. after being featured in the Broadway musical Brigadoon in 1954. These days, the name is often associated with Princess Fiona from the Shrek movies.

How Popular is the Name Fiona?

Fiona is the #296 most popular girls' name in the U.S., according to 2021 Social Security Administration data. It has remained relatively popular since the mid-2000s.

However, Fiona ranks #4 on FamilyEducation.com.

According to Google search administration data, in the last five years Fiona was at its peak popularity in November 2019.

Popularity of the Name Fiona in the United States

Fiona was searched for most often in the following states:

The name Fiona is commonly associated with Princess Fiona from the Shrek movies, voiced by Cameron Diaz.

The name Fiona also features in the TV series Shameless, the movie Four Weddings and a Funeral, and Lois Lowry's novel The Giver.