L. Elizabeth Forry
Popular and beautiful Celtic names for girls and boys. Find your Celtic first name and search our list of Celtic names with meanings and origins A-Z.
Table of contents 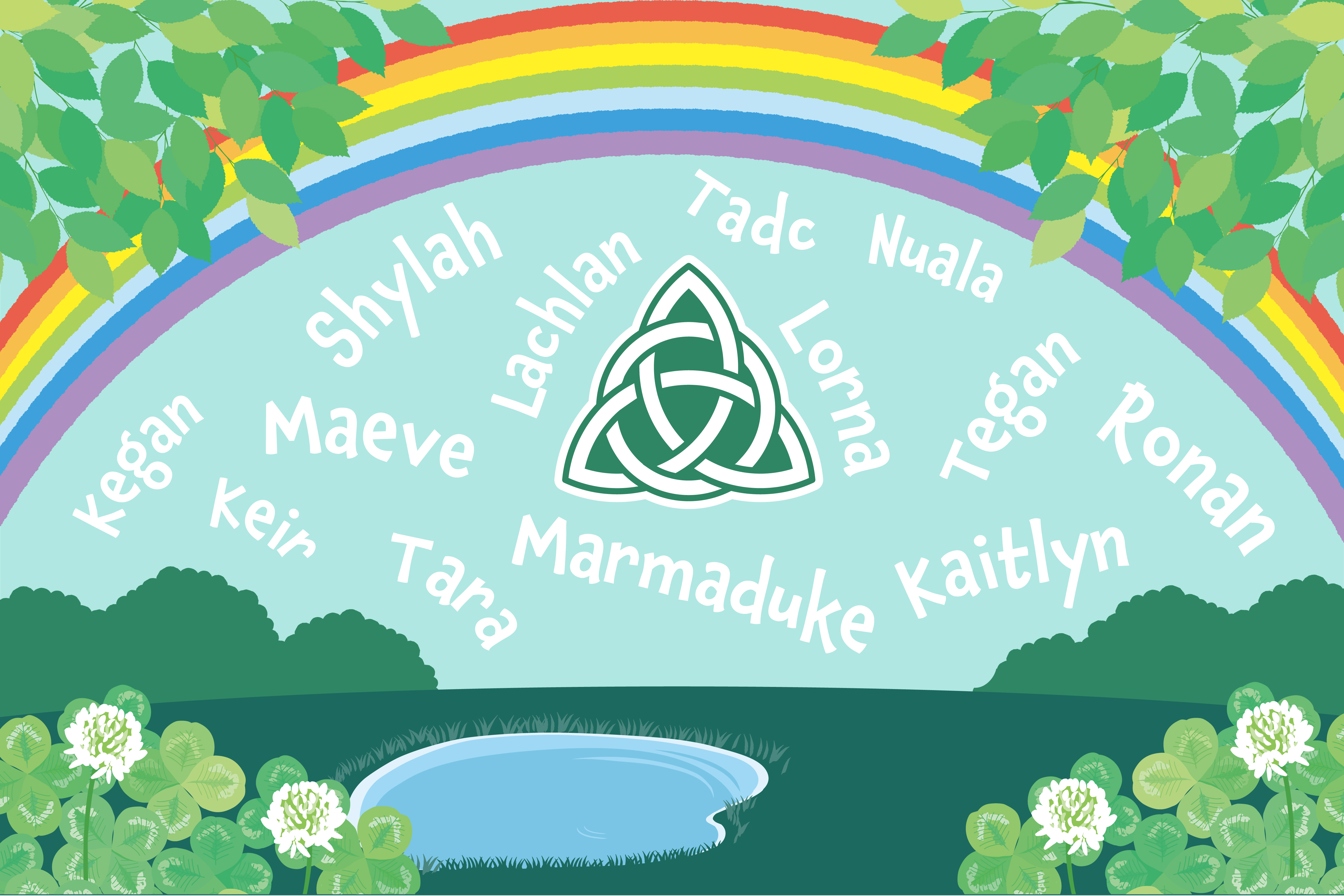 Emerald Isles, magical creatures, and lavender moors are all images that come to mind when we think of Celtic culture. Whether it’s the rocky and green hills of Ireland, Welsh dragons, heroes, or Scottish crags, Celtic lore and traditions are deeply rooted in magic, bravery, and tales of battle.

While we often think of the Celts as being from Ireland, Scotland, England, and Wales, the Celtic people were initially spread well across Western Europe and even into parts of Western Asia and the Iberian Peninsula.

The Celts were divided into tribes, and within those tribes, individuals filled specific roles, including the clan leader, druids or priests, warriors, agriculture, and metal workers.

The Celts were also inspired deeply by nature and the seasons, and their religious beliefs mirrored the reverence they held for the natural world.

Today most Celtic names are popular in English-speaking countries where the Celts thrived. The original Celts in England were the Britons, the Gales who lived in Ireland, and the Gauls in France.

If you are one of the millions of people descended from the Celts, or you simply enjoy the sound of Gaelic languages. Use this list to find the meaning of your name or to choose the perfect Celtic baby name for your little one!

Celtic names are quite popular in the United States, and for good reasons. Many are timeless, traditional, and have ties to our ancestral roots. But even for those who aren’t Celtic descendants, these adorable names have stood the test of time to become names we’re all familiar with and often found on the top of baby name charts!

Irish names have a magical and fairytale-like quality to them. They seem to flow and have an air of mischief and tradition surrounding them. Many Irish names still used today stem back thousands of years to the Irish Gaelic language, while others were influenced by the Romans' introduction of Christianity to the isle.

Scottish Celtic names tend to have a tougher, more guttural sound to them, but there are some unique and beautiful names to be found in the Scottish Gaelic language!

Many of the names in this article have been used for hundreds if not thousands of years and are still popular today. However, many unique, beautiful, and uncommon Celtic names are rarely used or only used in small portions of the word. So, we thought we’d pay homage to some of these beautiful and one-of-a-kind names!