Meaning and Origin of: Arlo 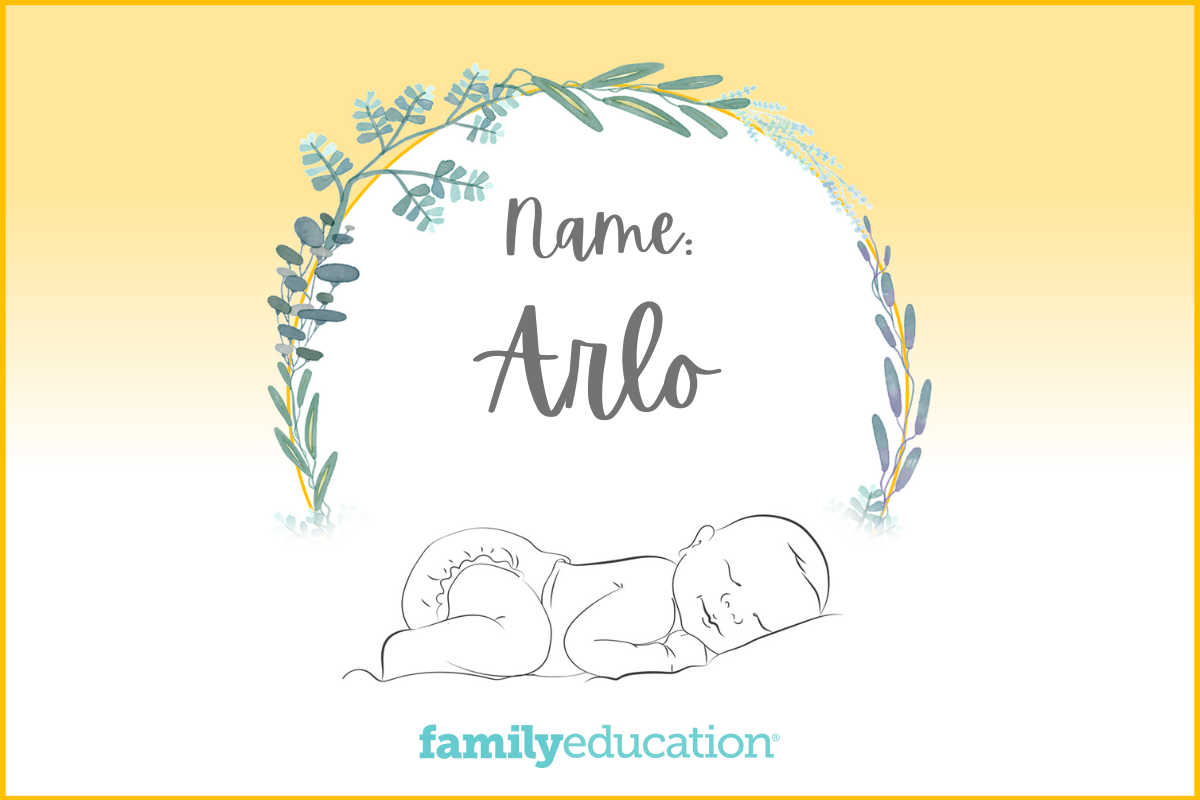 What does Arlo mean and stand for?

The name Arlo is of German origin and means "famous throughout the land." Though it's true origin is unknown, Arlo is thought to be derived from the place Arlo Hill in the epic poem The Faerie Queene.

What Does the Name Arlo Mean?

A gender-neutral name, Arlo means "between two hills" and is of Spanish origin.

How Popular is the Name Arlo?

Arlo is the number 190 most popular boys name in the US, according to 2021 Social Security Administration data. Popular in the early 20th century, Arlo dropped off the SSA charts in 1944. It has recently jumped in popularity, soaring hundreds of spots in just a few years.

Arlo was originally used as a place name, first appearing into Edmund Spencer's epic poem The Faerie Queene. Though it has just recently regained popularity in the US, Arlo has remained popular in the UK, Australia, and New Zealand.

However, it is the 21st most popular name on FamilyEducation.com.

Popularity of the Name Arlo in the United States

According to Google search data analysis, in the last five years Arlo was at its peak popularity in November 2018.

Arlo was searched for most often in the following states:

Arlo originally appeared as a place name in the epic poem The Faerie Queene, but later invoked images of singer Arlo Guthrie. However, the name truly reemerged in 2011 after singer Toni Collette chose it for her son. It has appeared in various pop culture, such as Brooklyn Nine Nine, 24, The Good Dinosaur, and Family Affairs.