Meaning and Origin of: Rowan 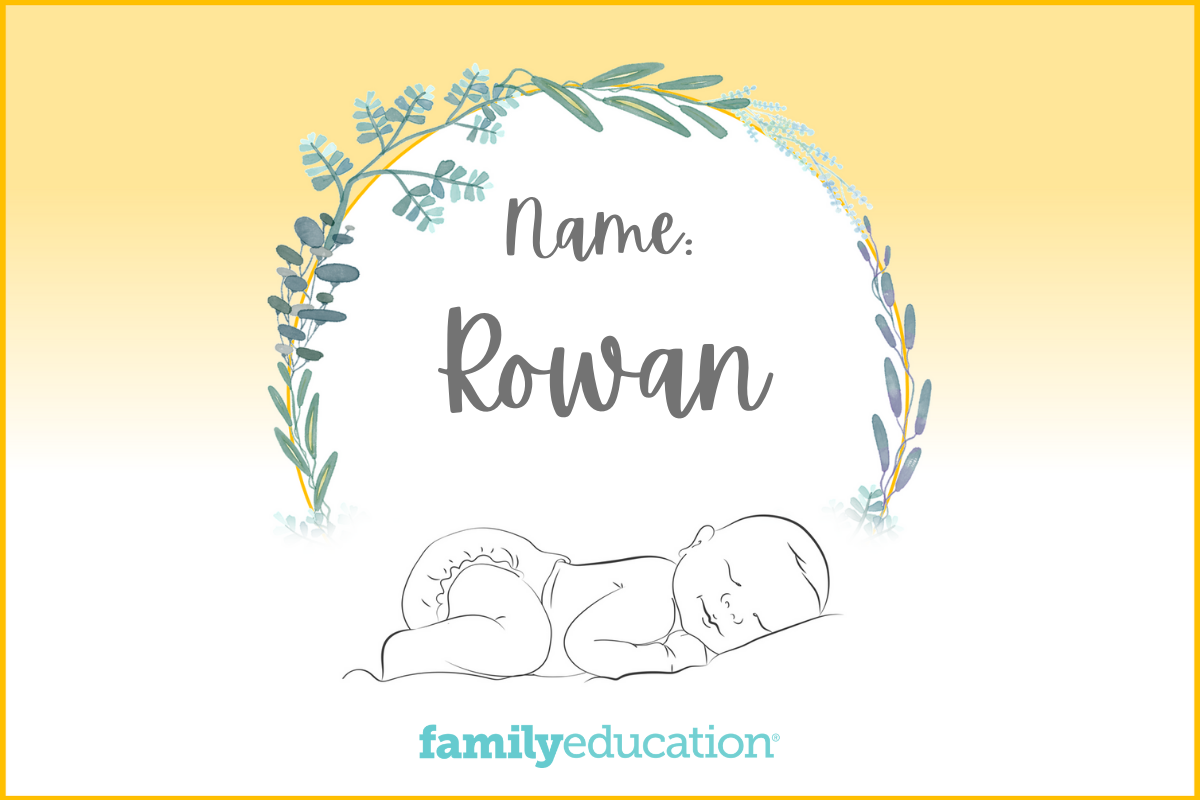 What does Rowan mean and stand for?

The name Rowan is of Old English, Scottish, and Irish origin and means "rowan tree," which is a tree with red berries, and "little redhead". It is the Anglicized form of the Irish name Ruadhán. It was originally used as a surname before gaining popularity as a given name.

What Does the Name Rowan Mean?

Rowan is a gender-neutral name of Old English, Scottish, and Irish origin, meaning "rowan tree" or "little redhead." The rowan tree is commonly found in the northern hemisphere, and is known for its red berries. According to Celtic mythology, the rowan tree is the tree of life, symbolizing courage, wisdom, and protection.

The name Rowan has been around since the Middle Ages. Scholars have disputed whether the name was originally a boys' name or girls' name.

How Popular is the Name Rowan?

Rowan is the #106 most popular boys' name and #241 most popular girls' name in the U.S., according to 2021 Social Security Administration data. It has been gaining rapid popularity for both genders since the year 2000.

Rowan is the 13th most popular name on FamilyEducation.com.

According to Google search data analysis, in the last five years Rowan was at its peak popularity in July 2018.

Popularity of the Name Rowan in the United States

Rowan was searched for most often in the following states:

Perhaps the most famous bearer of the name is Rowan Atkinson, who is best known for his persona as Mr. Bean.

Rowan has also been a popular choice for both daughters and sons of celebrities, including the daughter of Brooke Shields, the son of singer Chantal Kreviazuk. the son of baseball player Brad Lidge, and the son of TV personality/trainer Jessie Pavelka.

The name has also been very popular in literature, representing a character in Maggie O'Farrell's Hamnet, the Throne of Glass series, the Iron Fey series, the Rowan of Rin series, and the Pokemon series.

Variations and Nicknames for Rowan