Meaning and Origin of: Eric 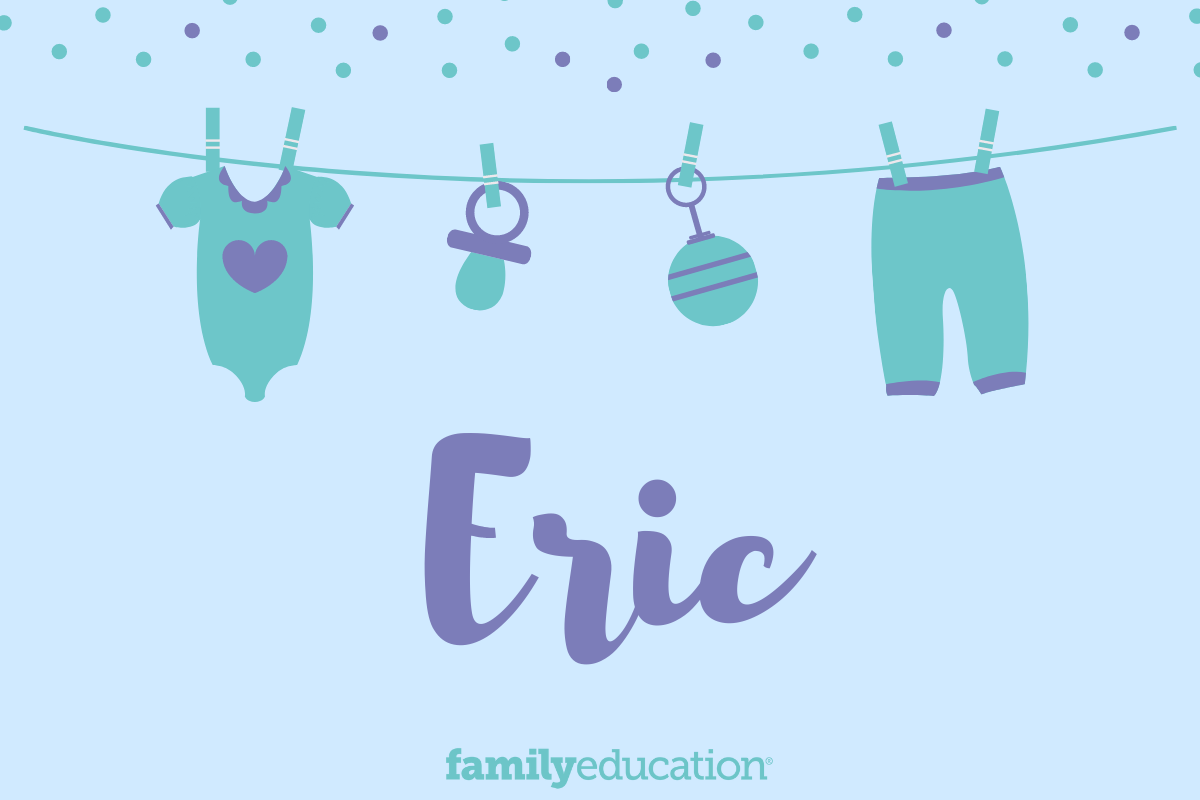 What does Eric mean and stand for?

The name Eric is of Scandinavian origin and means "ruler of all." It is from the Old Norse name Eiríkr, comprised of the elements ei, meaning "ever, always" and rikr, meaning "ruler, mighty."

According to Social Security Administration data, Eric has been declining in popularity for the past two decades. It fell out of the top 50 in 2002 and the top 100 in 2011. Despite the decline, Eric still remains in the top 200.

However, it is the 33rd most popular name on FamilyEducation.com.

According to Google search data analysis, in the last five years Eric was at its peak popularity in September 2018.

Adopted by English speakers in the mid-19th century, Eric has been popular for quite some time. It truly peaked in the 1950s and 1960s, most likely due both namesakes and pop culture references. Notable namesakes include Eric Clapton, Eric Idle, Eric Dane, Eric Hilliard "Ricky" Nelson, Eric Church, Eric West, and Eric Christian Olsen. IT has made many appearances in pop culture, as well, appearing in Friday Night Lights, The Little Mermaid, South Park, True Blood, V for Vendetta, Gossip Girl, and That 70's Show to name a few. Simon Cowell and Donald Trump chose the name Eric for their sons.

Eric was searched for most often in the following states: