Meaning and Origin of: Peter 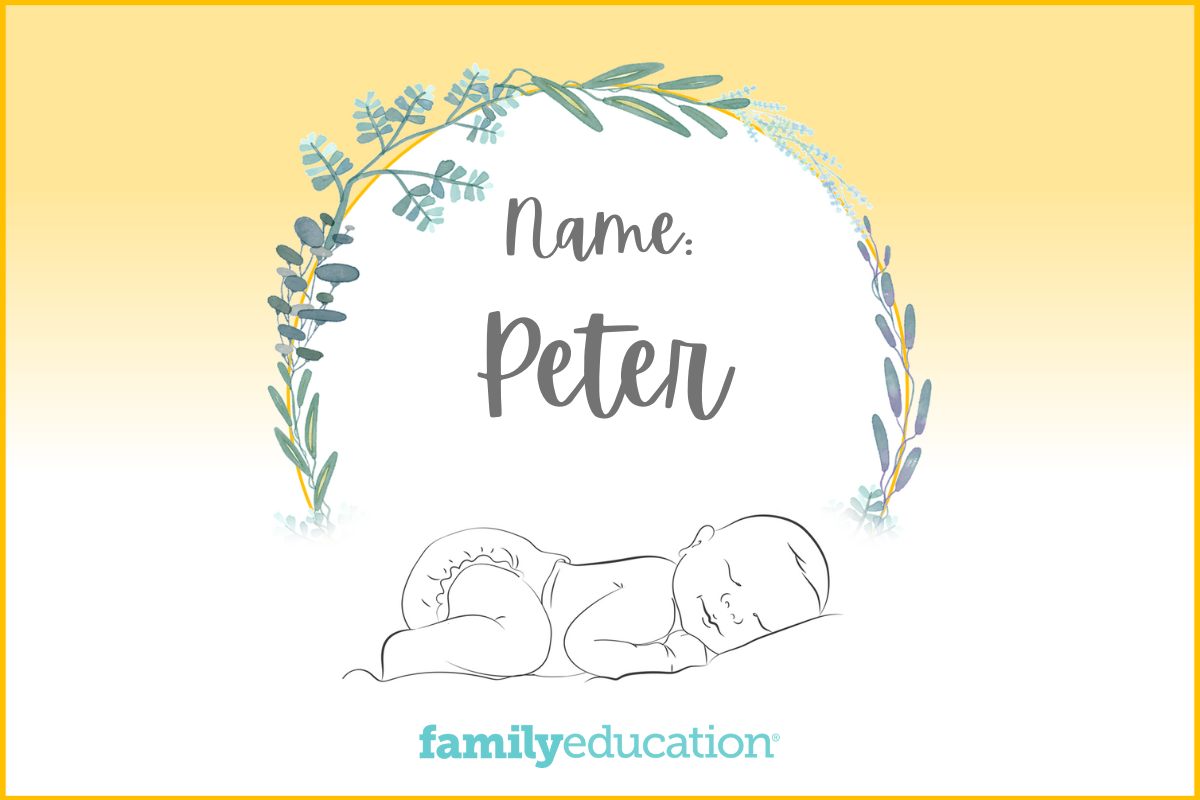 What does Peter mean and stand for?

The name Peter is of Latin origin and means "rock" or "stone". It is derived from the Greek Petros. The name became very popular amongst Christians due to the number of saints and apostles with the name.

What Does the Name Peter Mean?

The name Peter is a classic New Testament name that has had many nostalgic bearers who represent fond childhood memories. It is a traditional name that has stood the test of time.

How Popular is the Name Peter?

Peter is the number 215 most popular boys name in the US, according to 2021 Social Security Administration data. It has been stagnant the last few years after seeing a steady decrease in popularity the last decade.

Peter has been a popular name since Jesus gave it to the man now known as Saint Peter. Not only that, but it also invokes images of Peter Pan, Peter Rabbit, and Peter the Great. A popular traditional name, Peter has stood the test of time, but it has slowly decreased in popularity as its variations Piers, Pierce, and Pedro have become more popular.

Popularity of the Name Peter in the United States

According to Google search data analysis, in the last five years Peter was at its peak popularity in March 2020.

Peter was searched for most often in the following states:

Aside from Saint Peter, Peter Pan, and Peter Rabbit, the name Peter has many notable namesakes. It was a very popular name for kings, with King Peters in Russia, Portugal, Serbia, and Cyprus. Actors Peter Dinklage, Peter Fonda, and Peter Sarsgaard are also some recognizable Peters. Not to mention, Peter is the name of characters in Spider-Man, Harry Potter, Family Guy, and Sims.