Meaning and Origin of: Preston 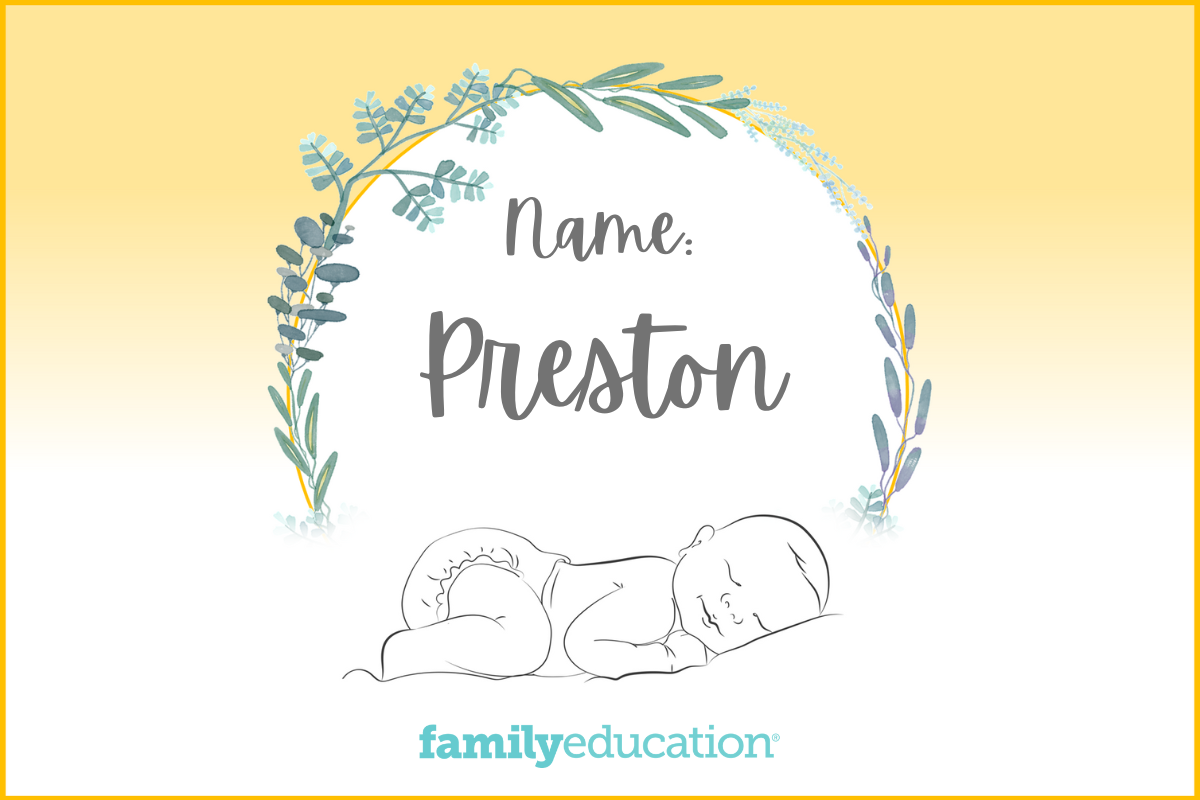 What does Preston mean and stand for?

The name Preston is of Old English origin and means "priest's estate." It was originally a surname derived from the two Old English words preost and tu.

What Does the Name Preston Mean?

The name Preston was once a popular surname, but has since reemerged as a popular given name. Meaning "priest's estate," Preston has appeared in various parts of the world.

How Popular is the Name Preston?

Preston is the number 241 most popular boys name in the US, according to 2021 Social Security Administration data. The name peaked about a decade ago, but has since slowly fallen in popularity each year.

Popularity of the Name Preston in the United States

According to Google search data analysis, in the last five years Preston was at its peak popularity in July 2020.

Preston was searched for most often in the following states:

Popular decades previously, Britney Spears put the name Preston back on the map when she chose Preston for her son's middle name (which the family refers to him by). Other notable namesakes include playwright Preston Sturges, Congressman Preston Brooks, LoCash singer Preston Brust, guitarist Preston Reed, and TV personality Preston Lacy. The name has also been very popular in pop culture, appearing in Grey's Anatomy, Can't Hardly Wait, Desperate Housewives, and She's All That.