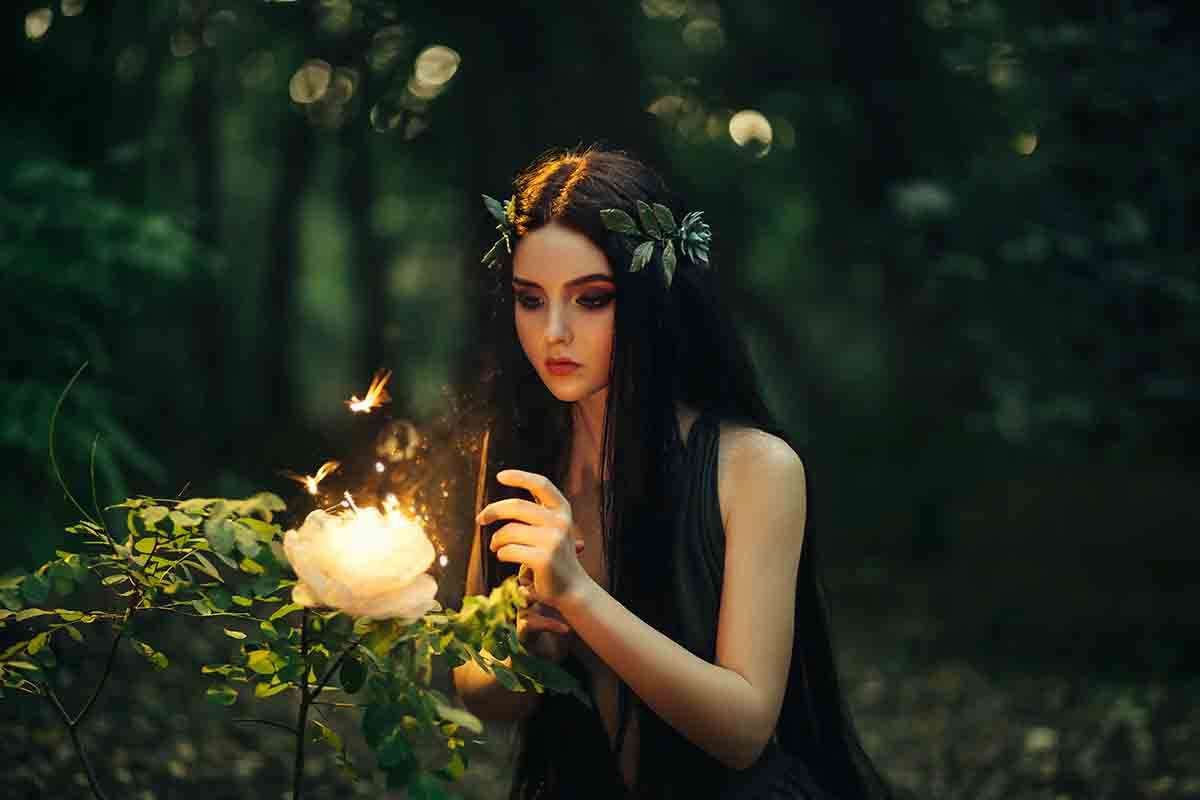 Need an interesting fantasy name for girls, boys, or your DnD character? Search our list of the best fantasy character names for elves, warlocks, and more!
Erica Loop
Table of contents

Fantasy worlds of magic, dragons, elves, and warlocks have captivated people for centuries. Now with the rise in popularity of fantasy roleplaying games like Dungeons & Dragons and hit shows like The Witcher, fantasy names and fantasy characters have never been more popular.

Unleash your imagination and explore the fantasy names that will catapult your kiddo into creativity! Fantasy names for boys, fantasy names for girls, and gender-neutral picks include everything from Greek gods and goddesses, folklore, and modern pop culture icons.

Otherworlds, ethereal beings, and characters (or creatures!) from current fan faves such as Harry Potter, Game of Thrones, and Lord of the Rings can help inspire your own lore and generate creative names for both DnD games, and maybe your actual baby, too!

These trending baby girl names are whimsical and creative–but that’s not all. From famed sci-fi adventures to everything elvish, these playful picks are bold, strong, and definitely not the same ol’ name every other kiddo in kindergarten will have. Add a few to a list of unique baby names.

Not all elves come from Santa’s workshop. In some of our favorite fantasy works, elves are graceful, powerful, and mysterious beings. If you want an elven-inspired name for your wood elf, half-elf, high elf, and more this list has some good name inspiration.

From magical witches to faerie names, to powerful female warriors, these fantasy names for girls are inspired by beautiful and strong female characters with mystical abilities.

These names have a bit of a dark edge to them for a dark girl's name that is both mysterious, and beautiful.

A fantasy name generator includes everything and anything magical, other-worldly, and straight out of the sci-fi genre. Before you set your sights on specific baby names for your boy, check out these supernatural son selections that come from Greek mythology, your college English lit class, and more! The name meaning behind each pick also comes from Irish, English, Latin, Italian, German, and other global sources.

Ready to give Tolkien a run for his money? These male elf names and half-elf names are inspired by nature, magic, and wisdom.

Every iconic fantasy series has a great villain. Here are some of our favorite dark and deadly boy names.

Want a powerful boy’s name that invokes nobility and strength? Here are some of our favorite regal and royal male names.

Are you still searching for more baby name ideas or the perfect name for your little one? Check out our top baby girl names and top baby boy names for more options!