Stefanie Miller
Looking for a name that’s exotic, glamorous, and stands out from the crowd? Here’s a list of 100 exotic girl names for you to choose from.
Table of contents

When you first think of an exotic name, what comes to mind? Perhaps you want your little girl to have a unique name no other baby will have. Your baby girl is special and rare, so her name should be as well. Many of these exotic names come from around the world and have special meaning in their country of origin.

More: 50 Rare Baby Names You Probably Haven’t Thought Of Yet

Each of these baby girl names includes their language of origin, so you know the heritage of whichever exotic name you choose. We’ve also included a list of gender-neutral baby name options to add even more variety. If you don’t want your baby to have the same first name as three other girls in her class, explore our list of not popular baby girl names. These exotic names can be used as a middle name as well, or you can choose two for a fun combination.

Give your baby girl a name that stands out in a crowd with one of these 100 exotic girl names.

Exotic Baby Girl Names from A to Z 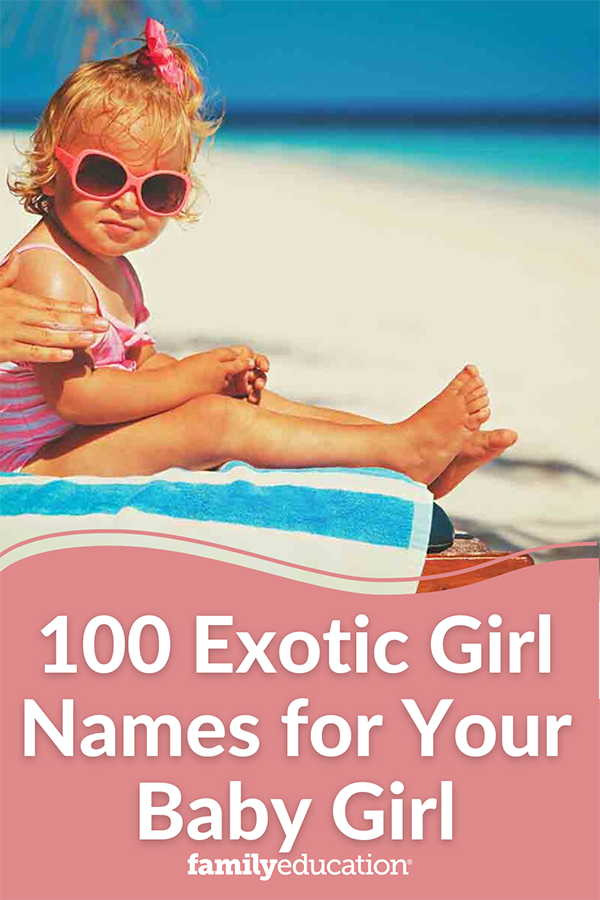