Meaning and Origin of: Elise 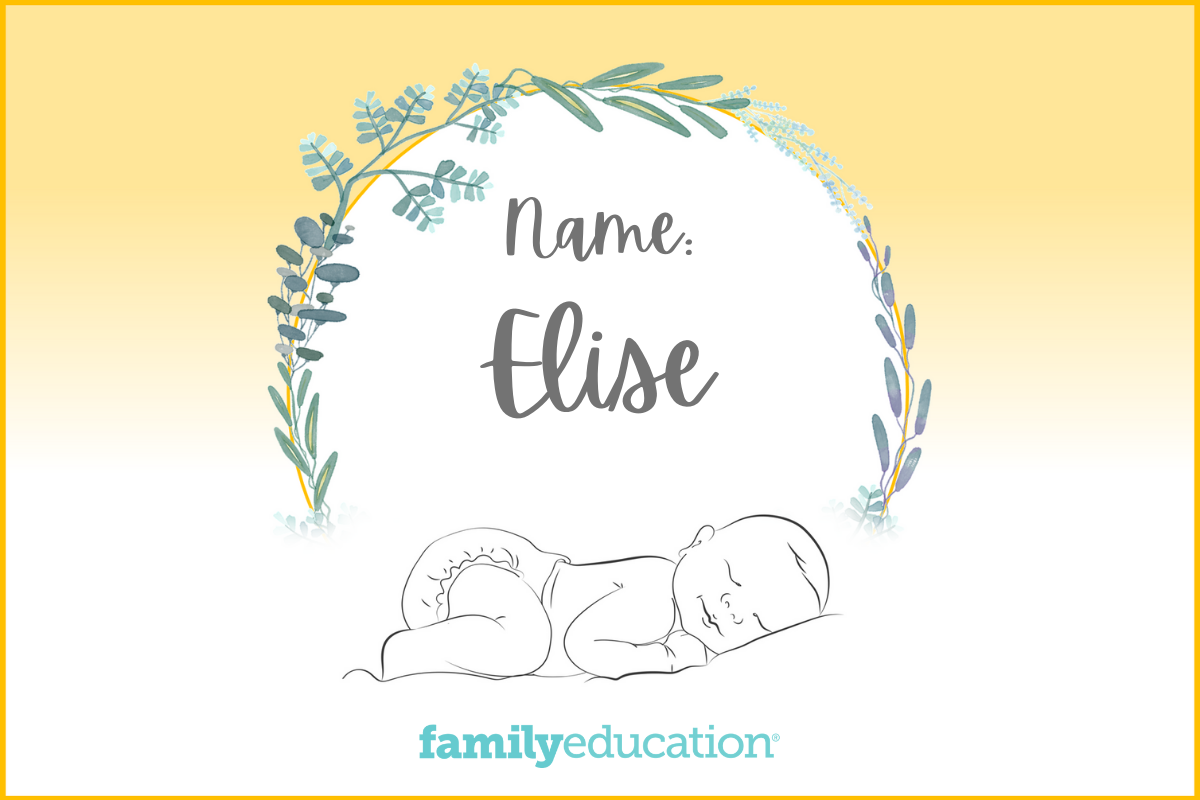 What Does Elise Mean and Stand For?

The name Elise is a diminutive of the French name Elizabeth that became a standalone name in the 19th century. Elise is a girls' name that means "consecrated by God."

What Does the Name Elise Mean?

Elise is a girls' name of French origin, meaning "consecrated by God." This French name began as a diminutive of Elizabeth, but became a standalone name when it was adopted by English-speaking countries in the 19th century. Elise is now a popular name in the Europe and Scandinavia, as well as the U.S.

How Popular is the Name Elise?

Elise is the #212 most popular girls' name in the U.S., according to Social Security Administration data. It has been consistently popular since the year 2000. However, it ranks 10th on FamilyEducation.com.

According to Google search data analysis, in the past five years Elise was at its peak popularity in November 2019.

Popularity of the Name Elise in the United States

Elise was searched for most often in the following states:

Elise is a popular name in entertainment and pop culture. Elise Storton is the lead character of the 1999 film Never Been Kissed, Elise de la Serre is a character in the video game "Assassin's Creed," and Elise Whisks is a character in The Selection Series by Kiera Cass.

Fur Elise is one of Beethovan's most famous Bagatelles, and "A Letter to Elise" is a song by The Cure.