Stefanie Miller
The history of French first names and French naming traditions. Choose a French girl name or a French boy name for your baby!
Table of contents 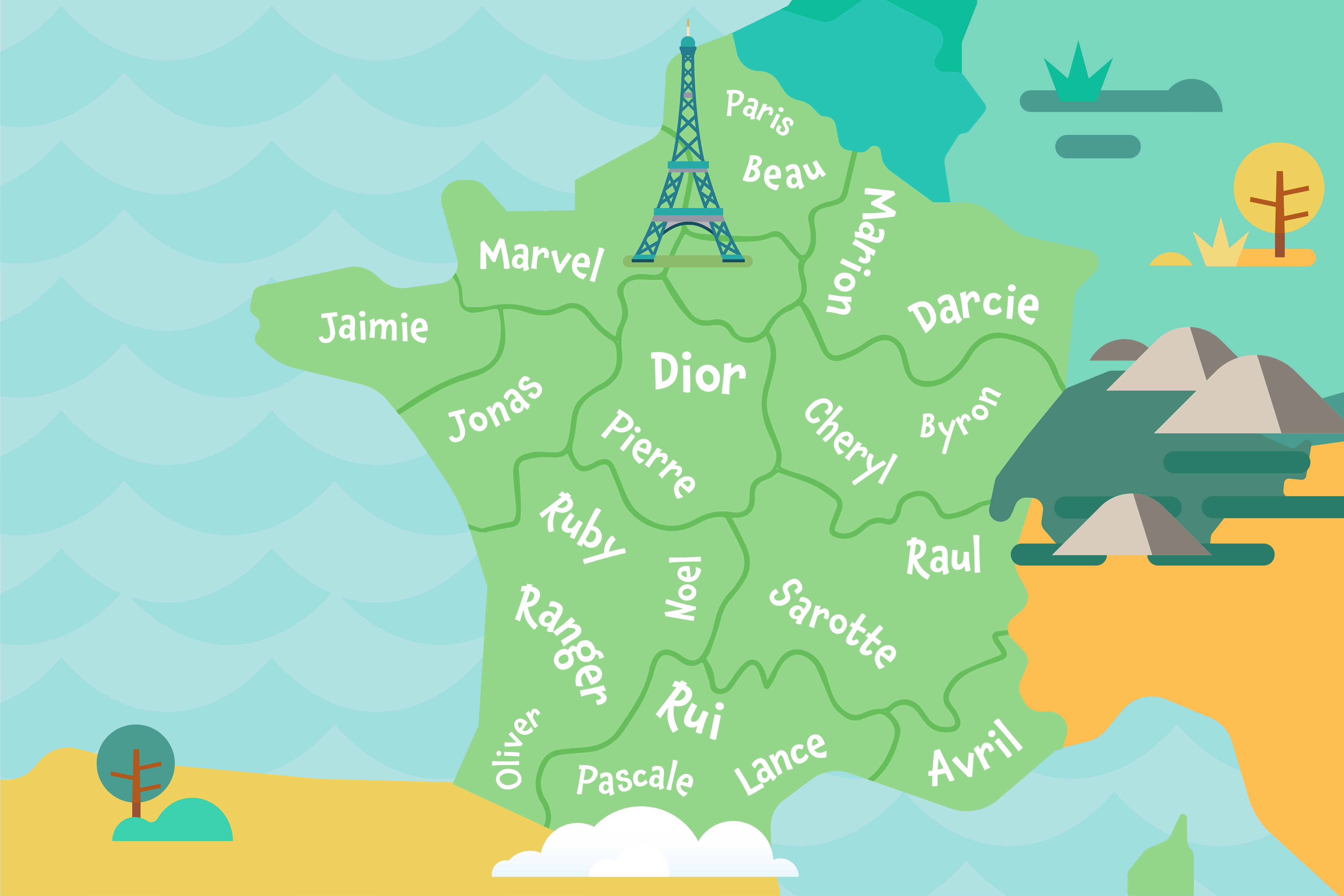 The Origin of France and French Names

If you take a trip to France, you will notice that there aren't a lot of differences when it comes to names compared to other countries such as the United States. Every person has a given name and a surname, which is pretty typical. However, middle names do not exist in France. Instead, you may see more than one given name, but they aren't usually used in day-to-day life.

When meeting someone for the first time, it is impolite to address them by their given name. There are formal terms that you can use instead that are meant to show respect to people outside of your family. Monsieur for males and Madame for females are the most common. Sometimes you will hear Maitre, which is mostly left for lawyers and equivalent professions.

There is also Docteur for someone with a doctorate. Mostly it is used when addressing your dentist or primary care physician.
Until recently, many children in France were given very traditional names. They are almost always gender-specific. You also wouldn't usually see combo names in France used as a first or given name. If someone has multiple given names, they go by one, and the others are only on leal documents.

When choosing a French name for your child in France, there aren't any strict rules or regulations. This wasn't the case until 1993 before Napoleon Bonaparte created a law that consisted of a list of approved French names. Traditional first names were chosen usually came from the Roman Catholic calendar of Saints. A child's parents choose their little one's name. However, for girls, it has always been common for their names to be feminine forms of traditional masculine names. For example, Charlotte for Charles and Louise for Louis.

As for the surname, children used to be required by law to take the last name of their father. The only exception was if his identity was unknown, then the child would take on his mother's surname instead. This all changed in 2005, and instead, it may be hyphenated and both the mother and father's last names may be used.