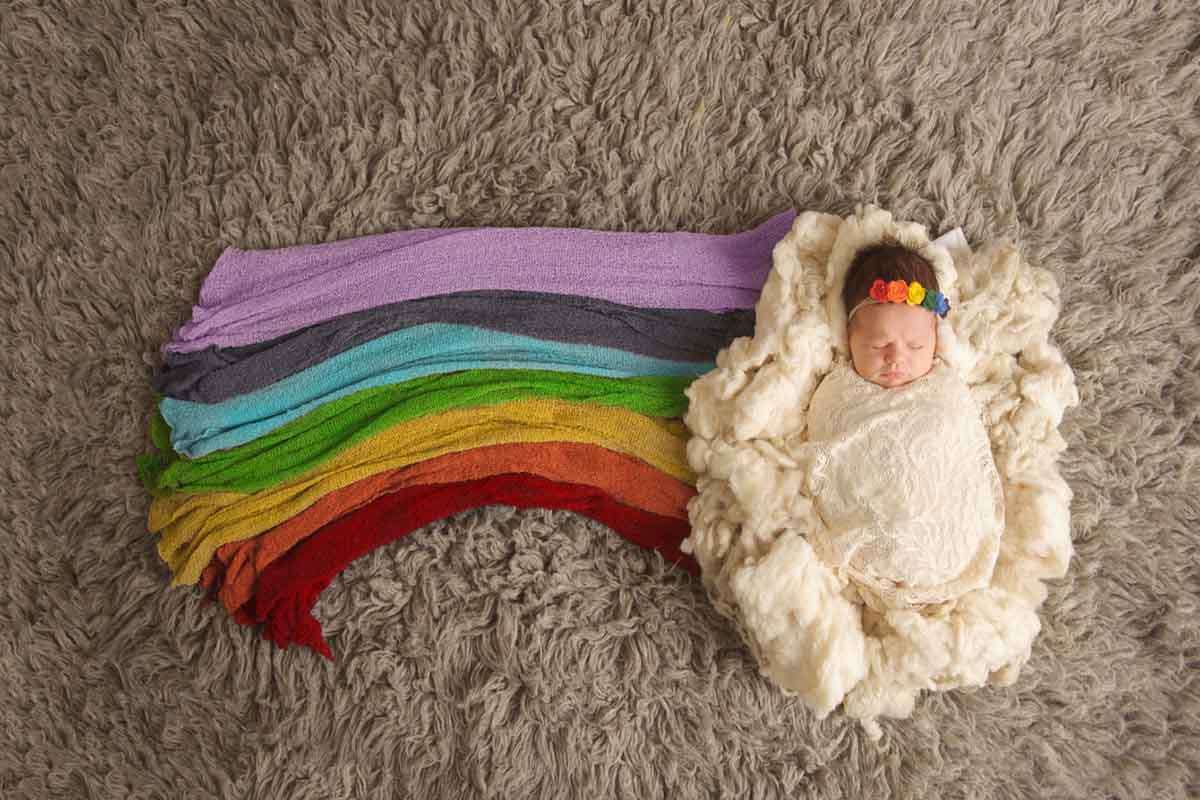 This list of rainbow baby names is so inspiring because each name has a special meaning like hope, joy, miracle, success, or fortune.
Vaijayanti Mohapatra

The phrase “rainbow baby” comes from the idea of a rainbow appearing in the sky after a storm, or after a dark and turbulent time. A "rainbow baby" is defined as a baby born after the miscarriage, stillbirth, or death of an infant from natural causes. Rainbow babies are extra special and so deeply loved even before they are born. Here are our favorite rainbow baby names for girls, boys, and gender-neutral options.

These dark, gloomy times of a pandemic bring the entire world to a halt, and many expecting parents are stuck within their houses without any other choice. Especially, parents who have gone through a pregnancy loss earlier, the anxiety could be hitting them like a truck. Angels and rainbows take a new meaning after the loss of a pregnancy. Perhaps, these babies are seen as rainbows in the cloud of their family who had to deal with the loss of their sibling to miscarriage or stillbirth.

So, here is our list of 75 rainbow names for your baby! These names may not directly mean rainbow but many other aspects that a colorful rainbow denotes like joy, life, miracles, hope, victory, success, fortune, etc.