Meaning and Origin of: Iris 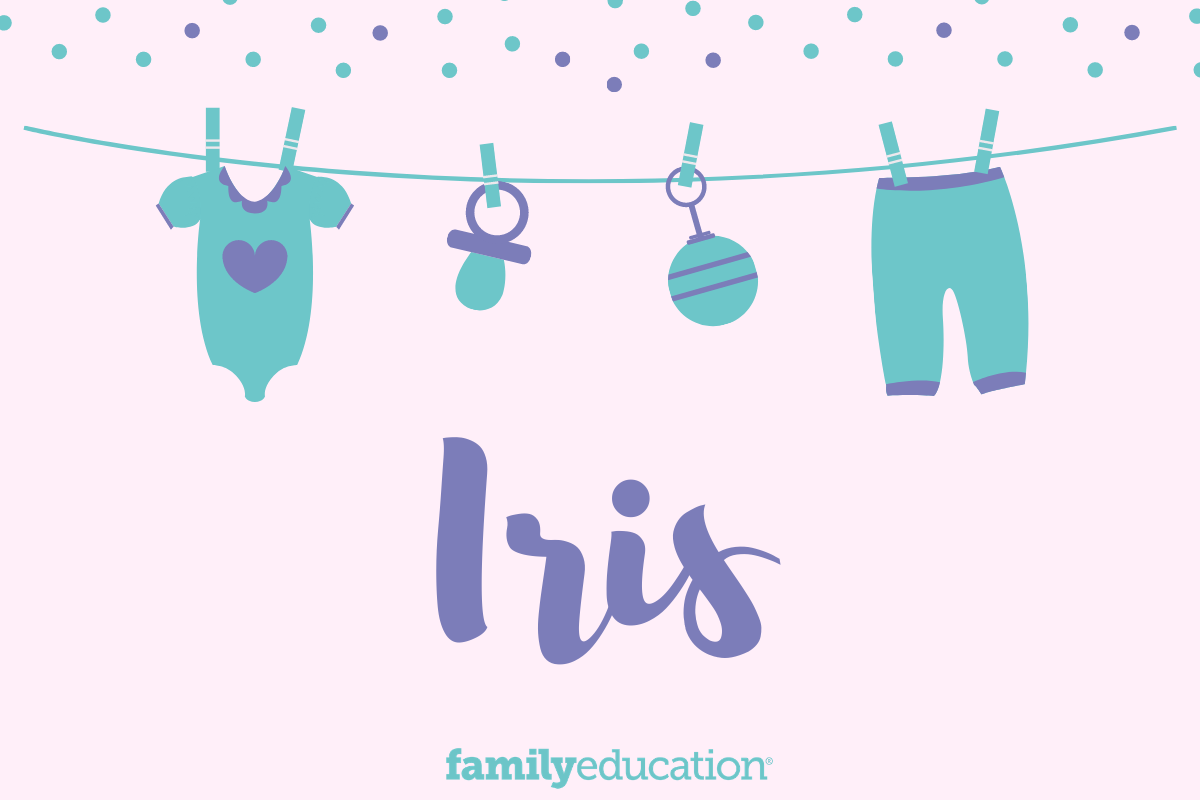 What does Iris mean and stand for?

The name Iris is of Greek origin and means "rainbow." It is directly derived from the Greek word iris, meaning the same thing.

According to Social Security Administration data, Iris has slowly been increasing in popularity, breaking the top 200 in 2016 and steadily increasing since.

According to Google search data analysis, in the last five years Iris was at its peak popularity in May 2020.

In Greek mythology, Iris was the goddess of the rainbow, acting as a messenger for Zeus and Hera, who used the multicolored bridge to travel between Heaven and Earth. This colorful representation led to Iris being used as the name for the colorful part of the eye and a flower. Notable namesakes include novelist Iris Murdoch, singer Iris Luella DeMent, actress Iris Adrian, actress Iris Meredith, and screenwriter Iris Yamashita. However, the name has probably increased in popularity since being chosen for the daughters of Jude Law and Sadie Frost. Judd Apatow and actress Leslie Mann, Renee O'Connor, Renee O'Connor, and Florence Brudenell. Iris has also been chosen for various characters, appearing in The Tempest, The Natural, The Holiday, American Horror Story: Hotel, and the song by Goo Goo Dolls.

Iris was searched for most often in the following states: