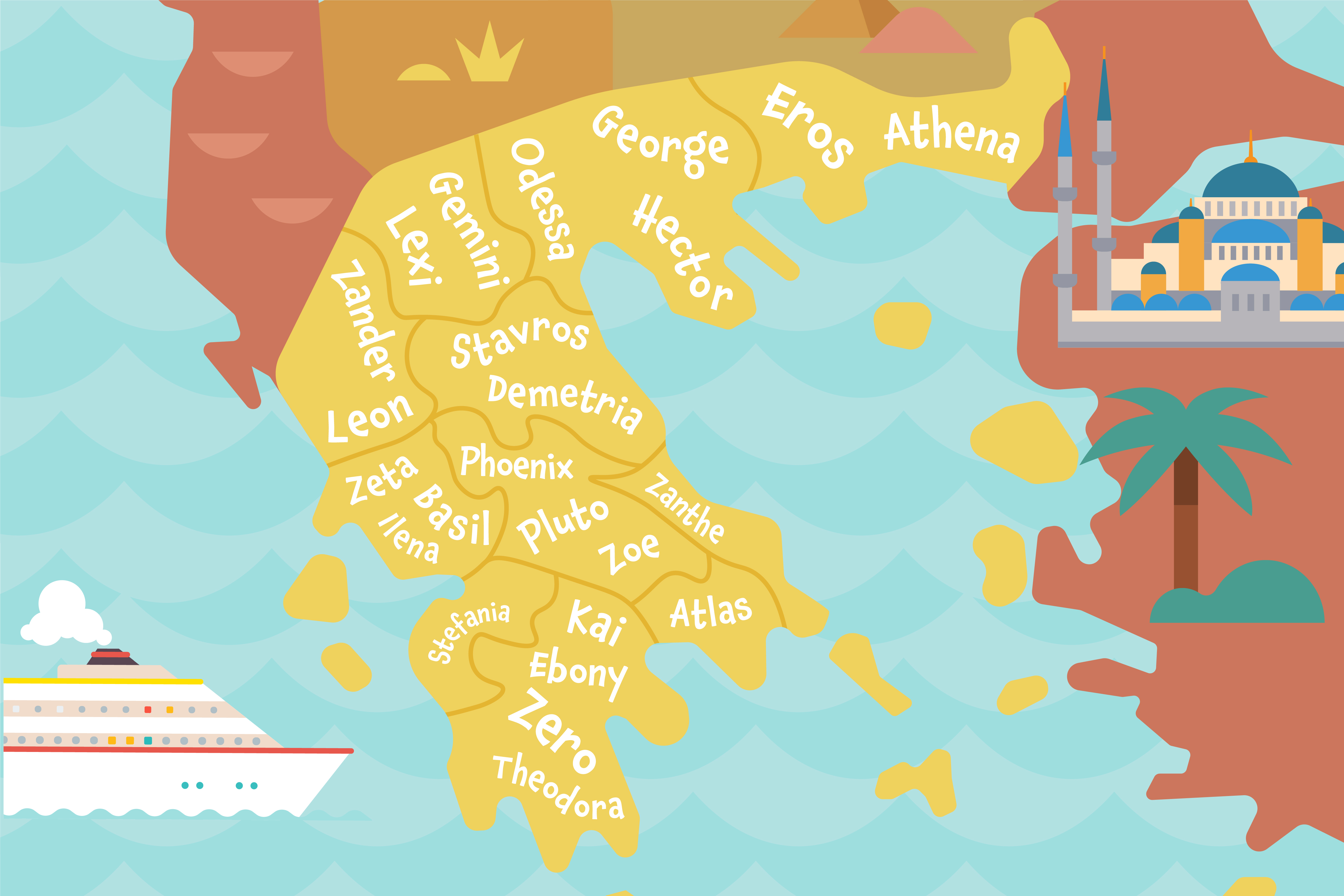 Ancient Greek mythology shares many of the same characters as Roman mythology. Greek mythology, however, predates the Roman version by approximately one thousand years. Even so, there was some crossover between traditions and names, and some of the Latin names are still popular in Greece today. Greece has strong naming traditions, naming the first son after the paternal grandfather and the second after the maternal grandfather, which is why so many classic Greek names have remained so popular for so long.

There is no doubt that Greek mythology and its gods have survived and thrived over thousands of years and are prevalent in cultures worldwide. Ancient Greek characters have even made it as far as Disney World with the 90s movie Hercules.

Greek mythology and literature are much intertwined, but not all characters from the tales and myths were gods and goddesses. Many Greek namesakes stem from tales and literature, chief among them the Odyessy. Many of these ancient names are quite popular today in English-speaking cultures and around the world.

Christianity first came to Greece in 51 AD when St. Paul. Over the years, it took hold and became a strong influence throughout the country. By the end of the 4th century A.D., it was considered the official religion. The Greek Orthodox church still exists today, and many popular baby names stem from the church.

Ancient Greece had many heroes and heroines, some real and some from mythology. As a result, Greek culture has inspired many monikers that are still popular names today.