Meaning and Origin of: Adonis

The name Adonis originates from the name of a handsome mythological creature. The word Adonis is from the Phoenician adon, meaning "lord." 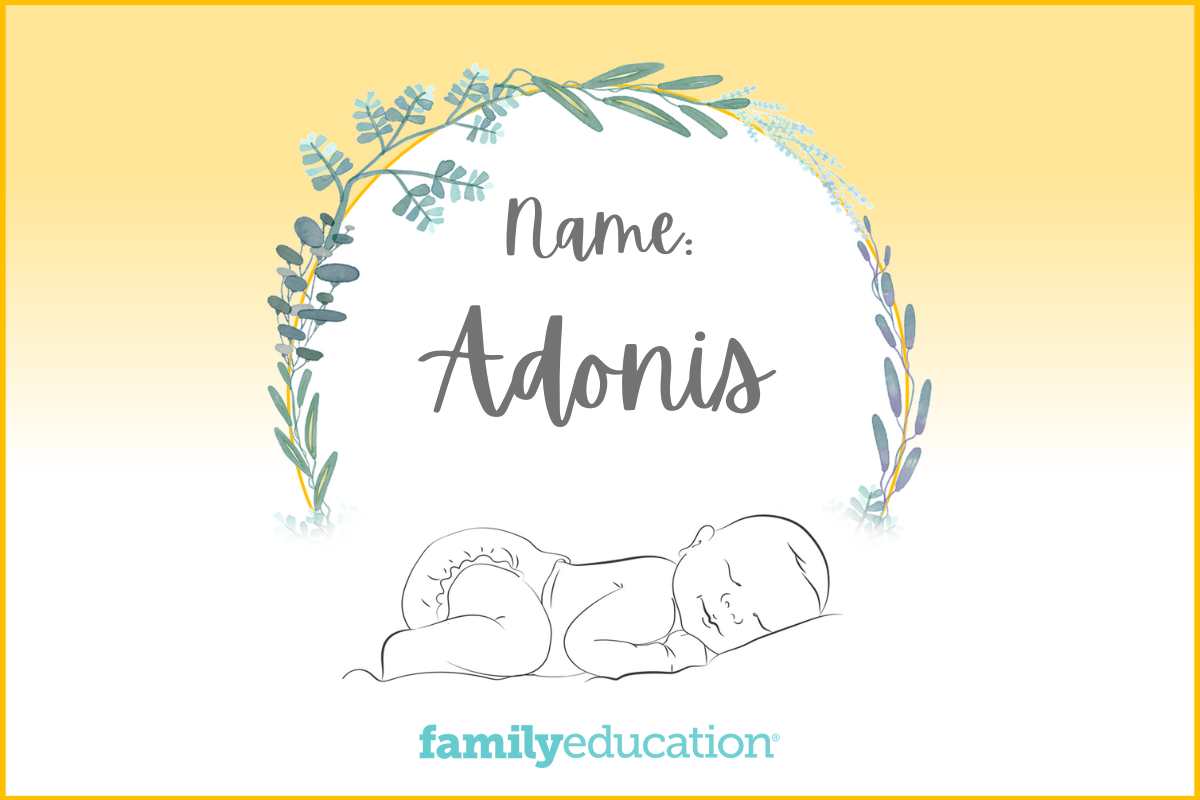 What does Adonis mean and stand for?

The name Adonis originates from the name of a handsome mythological creature. He was so beautiful that he was the favorite of goddess Aphrodite. The word Adonis is from the Phoenician adon, meaning "lord."

What Does the Name Adonis Mean?

Adonis is often associated with masculine beauty, not only because it is the Greek word for "lord," but also because Adonis is a well-known Greek god.

How Popular is the Name Adonis?

Adonis is the number 223 most popular boys name in the US, according to 2021 Social Security Administration data. It been fairly stagnant the last few years, but truly rose to popularity in 2016. In fact, Adonis gained so much popularity, it jumped 307 spots in just one year!

In Greek mythology, Adonis is the god of beauty and fertility, and he is favored by the goddess Aphrodite. Once off-limits and uncommon, the name Adonis has now become a popular choice in the US.

Popularity of the Name Adonis in the United States

According to Google search data analysis, in the last five years Adonis was at its peak popularity in July 2017.

Adonis was searched for most often in the following states:

Not only a popular name in Greek mythology, Adonis has appeared as a character in Miami Vice, Rocky, and Sailor V. Though fairly new in popularity, Adonis does also have some notable namesakes, including Cuban baseball player Adonis Garcia and basketball player Adonis Jordan.