Meaning and Origin of: Evangeline 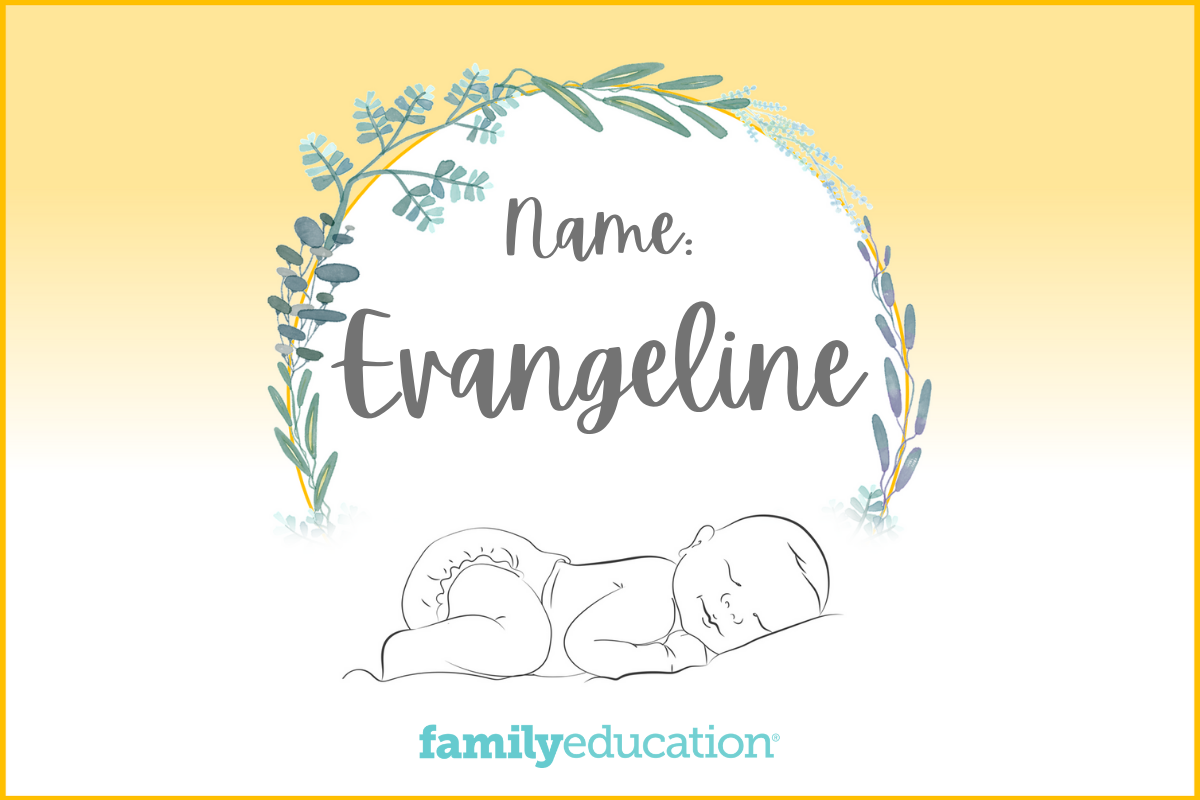 What Does Evangeline Mean and Stand For?

The name Evangeline comes from the Latin evangelium, meaning "gospel." This name means "messenger of good news" and is a great name that symbolizes hope.

What Does the Name Evangeline Mean?

Evangeline is a girls' name of Greek origin, meaning "messenger of good news." It comes from the Latin evangelium, or "gospel," which is from the Greek eu, "good," and angelma, "tidings."

Evangeline was first introduced to the English-speaking world in 1847 by Longfellow in his epic poem Evangeline: A Tale of Acadie. It declined in popularity in the late 20th century, but has made a recent comeback.

How Popular is the Name Evangeline?

Evangeline is the #237 most popular girls' name in the U.S., according to 2021 Social Security Administration data. It has been steadily rising on the charts since first appearing at #598 in 2006.

However, Evangeline ranks #3 on FamilyEducation.com.

According to Google search data analysis, in the last five years Evangeline was at its peak popularity in July 2018.

Popularity of the Name Evangeline in the United States

Evangeline was searched for most often in the following states:

The name Evangeline features in movies, TV, and books, such as Nanny McPhee, Disney's Princess and the Frog, and Sarah J. Maas' Throne of Glass series.