Meaning and Origin of: Miriam 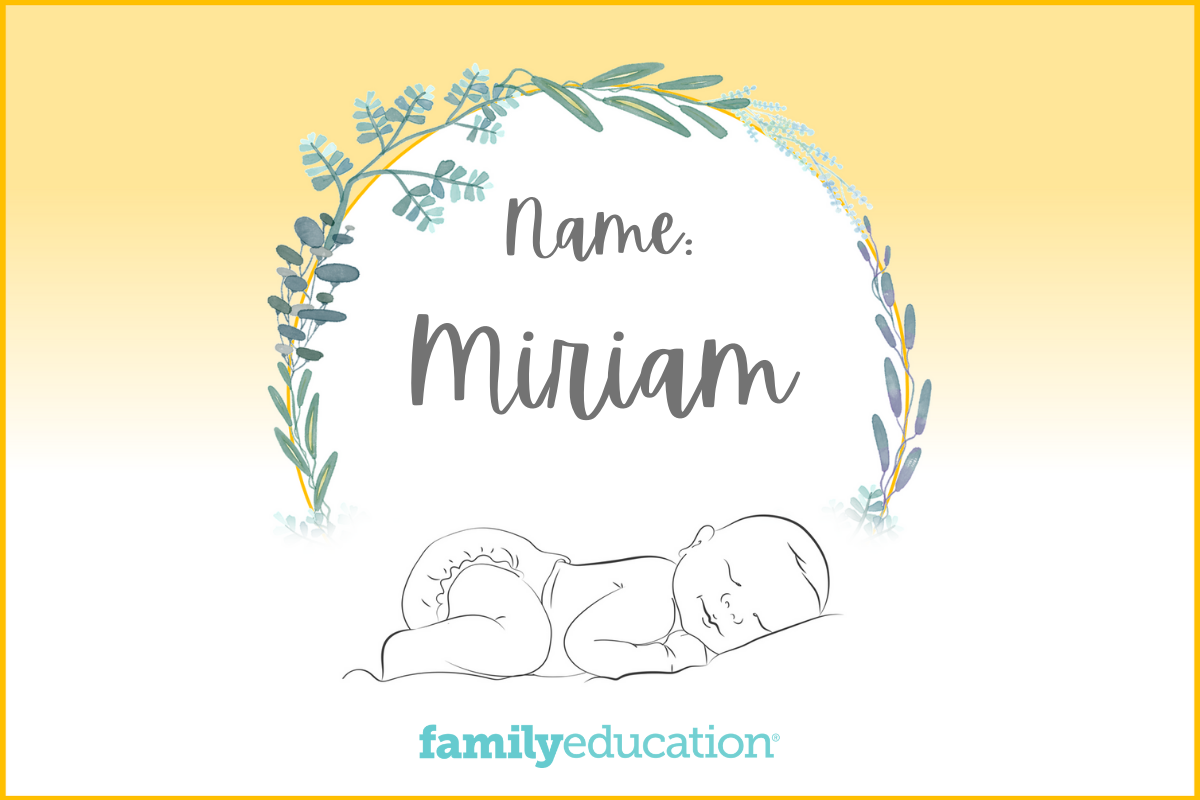 What Does Miriam Mean and Stand For?

The name Miriam is a biblical name of Hebrew origin. In the Old Testament, Miriam was the sister of Moses who helped deliver him at the Nile and who led the Hebrew women in singing and dancing after crossing the Red Sea.

What Does the Name Miriam Mean?

Miriam is a girls' name of Hebrew origin, meaning "bitter" and "rebellion". Miriam is a biblical name from the Old Testament. The biblical Miriam was the site of Moses who led the Hebrew people out of Egypt across the Red Sea.

How Popular is the Name Miriam?

Miriam is the #261 most popular girls' name in the U.S., according t0 2021 Social Security Administration data. It has been consistently in the 200s since the year 2000.

However, Miriam ranks #3 on FamilyEducation.com.

According to Google search data analysis, in the last five years Miriam was at its peak popularity in December 2018.

Popularity of the Name Miriam in the United States

Miriam was searched for most often in the following states: