Meaning and Origin of: Mary 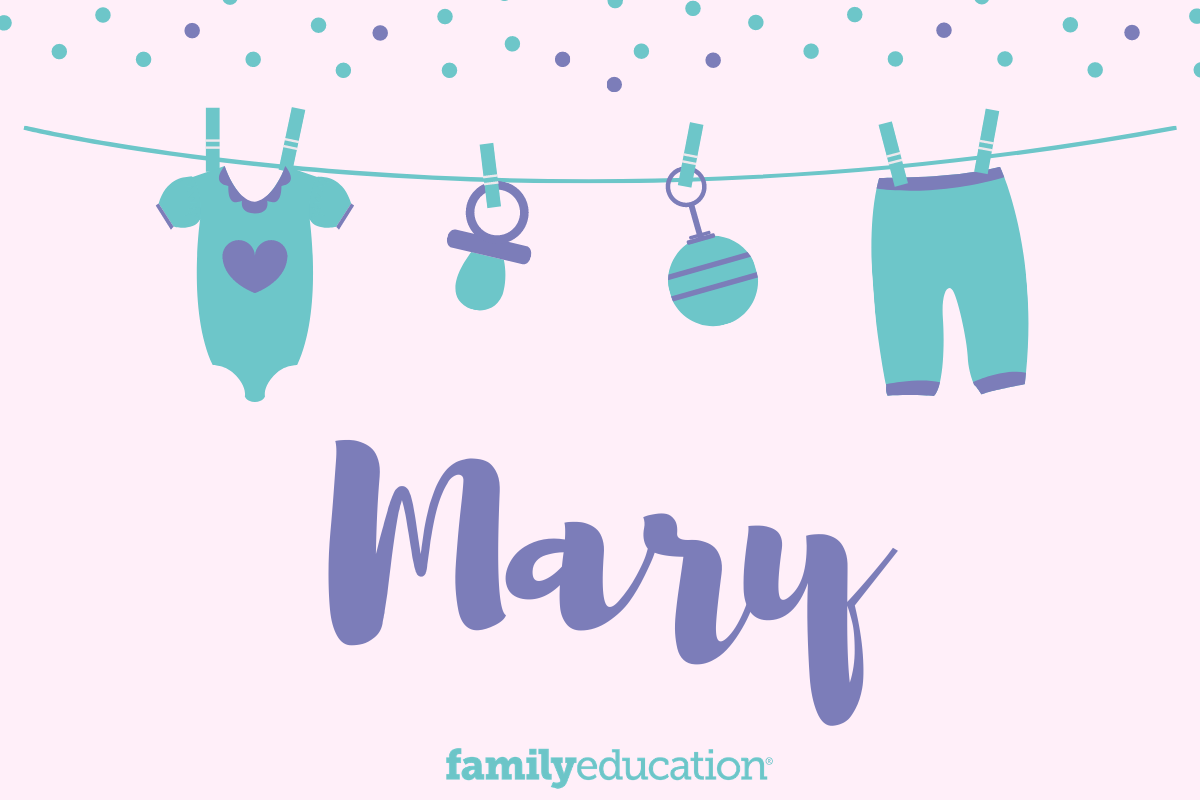 What does Mary mean and stand for?

The name Mary is of various origins, but most notably Hebrew origin and means "bitter, beloved, or drop of the sea." It is derived from the Hebrew name Maryam/Mariam, and though the origins are not entirely clear, it is believed the meaning of Maryam is "drop of the sea" (from Hebrew roots mar, meaning "drop" and yam, meaning "sea"); "bitter" (from Hebrew marah, meaning "bitterness"); and "beloved" (from the Egyptian root mr).

According to Social Security Administration data, Mary has been fairly stagnant, moving, in 2020, from 126 for the first time since 2016. Though not as popular as it once was, Mary has continued to stay in the top 130 for decades.

However, it is the 36th most popular name on FamilyEducation.com.

According to Google search data analysis, in the last five years Mary was at its peak popularity in October 2020.

Mary was a popular New Testament name for girls, and really dominated the list up until halfway through the 20th century. It is most popular among Christian families, thanks to the Virgin Mary, mother of Jesus. There are five other notable Marys in The Bible: Mary Magdalene, Mary the sister of Martha and Lazarus, Mary the mother of James and Joseph, and Mary the mother of Mark. Originally seen as too sacred to use, Mary eventually gained momentum as a royal name across Europe in the 16th century, including Mary I who has the nickname Bloody Mary. In more modern times, notable namesakes include actress Mary Sean Young, actress Mary Tyler Moore, novelist Mary Noel Streatfeild, actress Mary Elizabeth Winstead, singer Mary J. Blige, novelist Mary Wollstonecraft Shelley, actress Mary Stuart Masterson, actress Mary Frances Crosby, actress and fashion designer Mary Kate Olsen, author Mary Pope Osborne, and many others. Not to mention Meryl Streep, Debbie Reynolds, and Lily Tomlin were all born as Marys. Mary has also been a popular choice for celebrity daughters, chosen by Paul McCartney, Meryl Streep, James Marsden, and Anna Kournikova and Enrique Iglesias. With such notable namesakes, it's no surprise that Mary has been an inspirational character name, appearing in The Secret Garden, Sabrina, Mary Poppins, Pride and Prejudice, and There's Something About Mary to name a few.

Mary was searched for most often in the following states: