Meaning and Origin of: Mariana 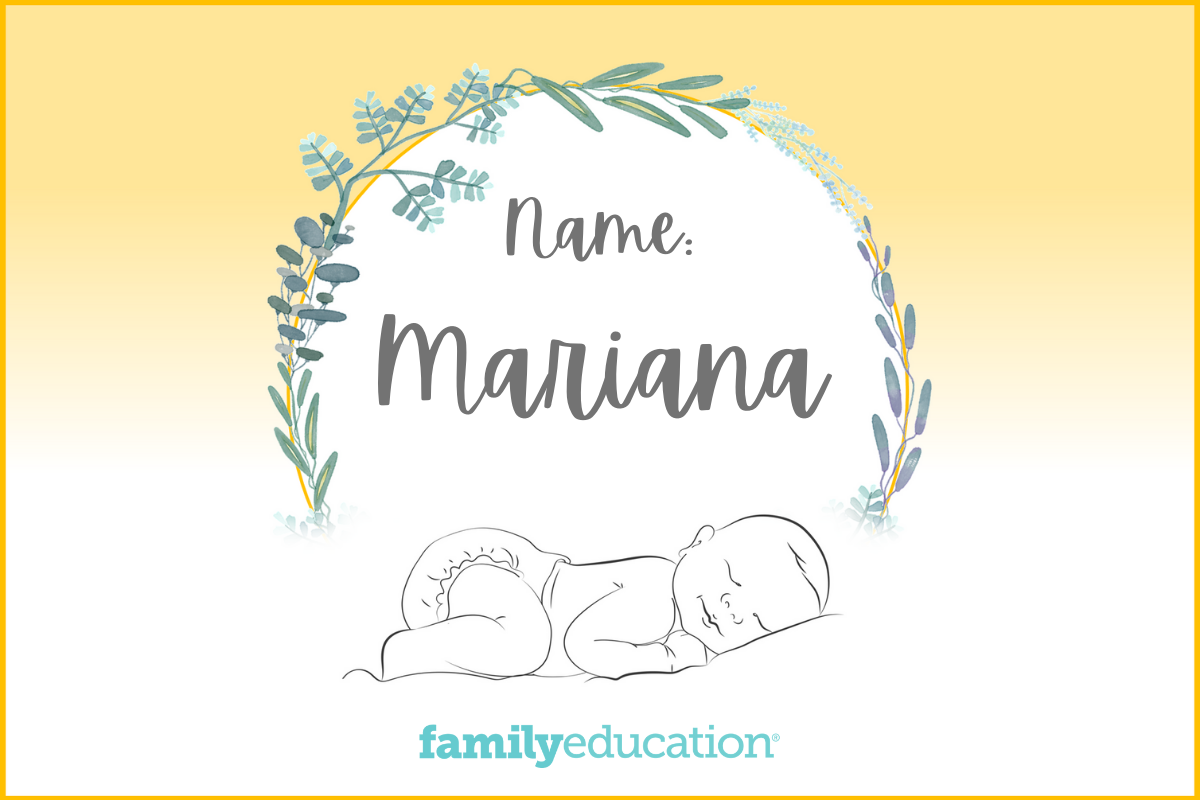 What Does Mariana Mean and Stand For?

The name Mariana means both "of the sea" and "related to the god Mars." The name of often associated with the Mariana Trench, the deepest part of Earth's oceans.

What Does the Name Mariana Mean?

Mariana is a girls' name of Spanish origin, meaning "of the sea." It is the female variation of Marian.

Mariana has a rich history as the name of many European queens and queen consorts throughout history.

How Popular is the Name Mariana?

Mariana is the #250 most popular girls' name in the U.S., according to 2021 Social Security Administration data. However, it ranks #4 on FamilyEducation.com.

According to Google search data analysis, in the last five years Mariana was at its peak popularity in November 2018.

Popularity of the Name Mariana in the United States

Mariana was searched for most often in the following states:

Mariana was the name of many European queens, including Mariana Victoria of Span, Mariana of Austria, and Mariana Koskull.

The name Mariana is commonly associated with the Mariana Trench, the deepest part of the ocean.