Meaning and Origin of: Milo 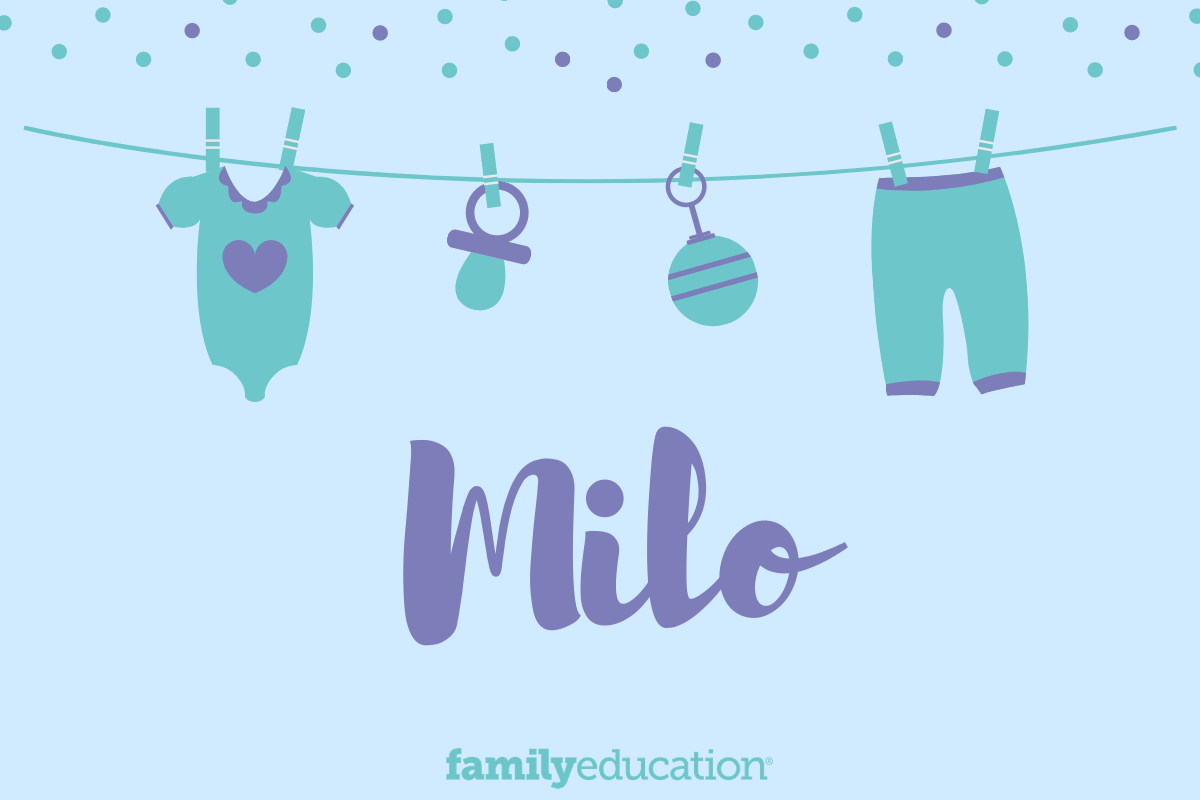 What does Milo mean and stand for?

According to Social Security Administration data, Milo has become increasingly popular over the years, rapidly jumping the ranks. It entered the scene at 984 in 2000 and has reached its current peak of 134 in 2020. Each year, it jumps at least 10 ranks on average. Milo is also infinitely more popular than its brother spelling, Mylo.

However, it is the 4th most popular name on FamilyEducation.com.

According to Google search data analysis, in the last five years Milo was at its peak popularity in February 2017.

Milo actually predates its brother name, Miles, which first got its start during the Middle Ages. In recent years, it has been a popular choice for celebrity parents, having been chosen by Ricki Lake, Camryn Manheim, Sherry Stringfield, Liv Tyler, Craig Ferguson, and Alyssa Milano. Other notable namesakes include actor Milo Anthony Ventimiglia and singer Milo Jay Aukerman. Milo is also a popular choice for fictional characters, appearing in Catch-22, The Adventures of Milo and Otis, Phantom Tollbooth, The Mask, and The Land Before Time.

Milo was searched for most often in the following states: