50 Rare Baby Names You Probably Haven't Thought Of Yet

Sa'iyda Shabazz
Looking for a unique name for baby? Here are our top 50 rare baby names for boys, girls, and gender-neutral options.

The quest for a baby name that isn’t insanely popular can be long. There are plenty of names out there, but it always seems that as soon as you pick it, so does everyone else.

While it’s pretty much impossible to find a name that’s never been used, you can find names that have become increasingly rare over time.

Whether they never became popular in the United States or they’ve fallen out of favor, these 50 names are so rare and exotic you may not have ever heard of them either.

More: The Ultimate List of Short, But Sweet Names for Your Baby Girl

Don't have time to check out these names? Pin it for later: 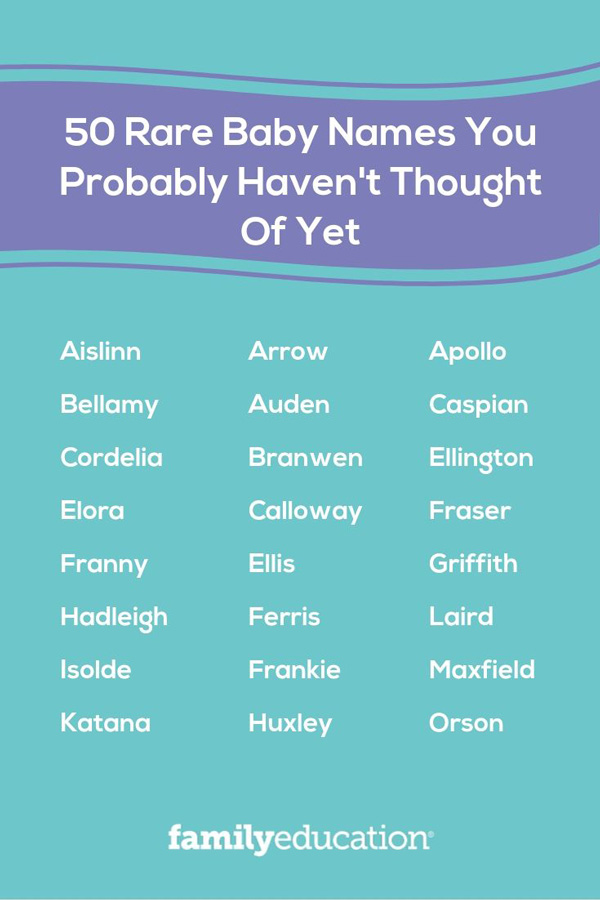