Stefanie Miller
The most common Arabic first names for boys and girls with name meanings.
Table of contents 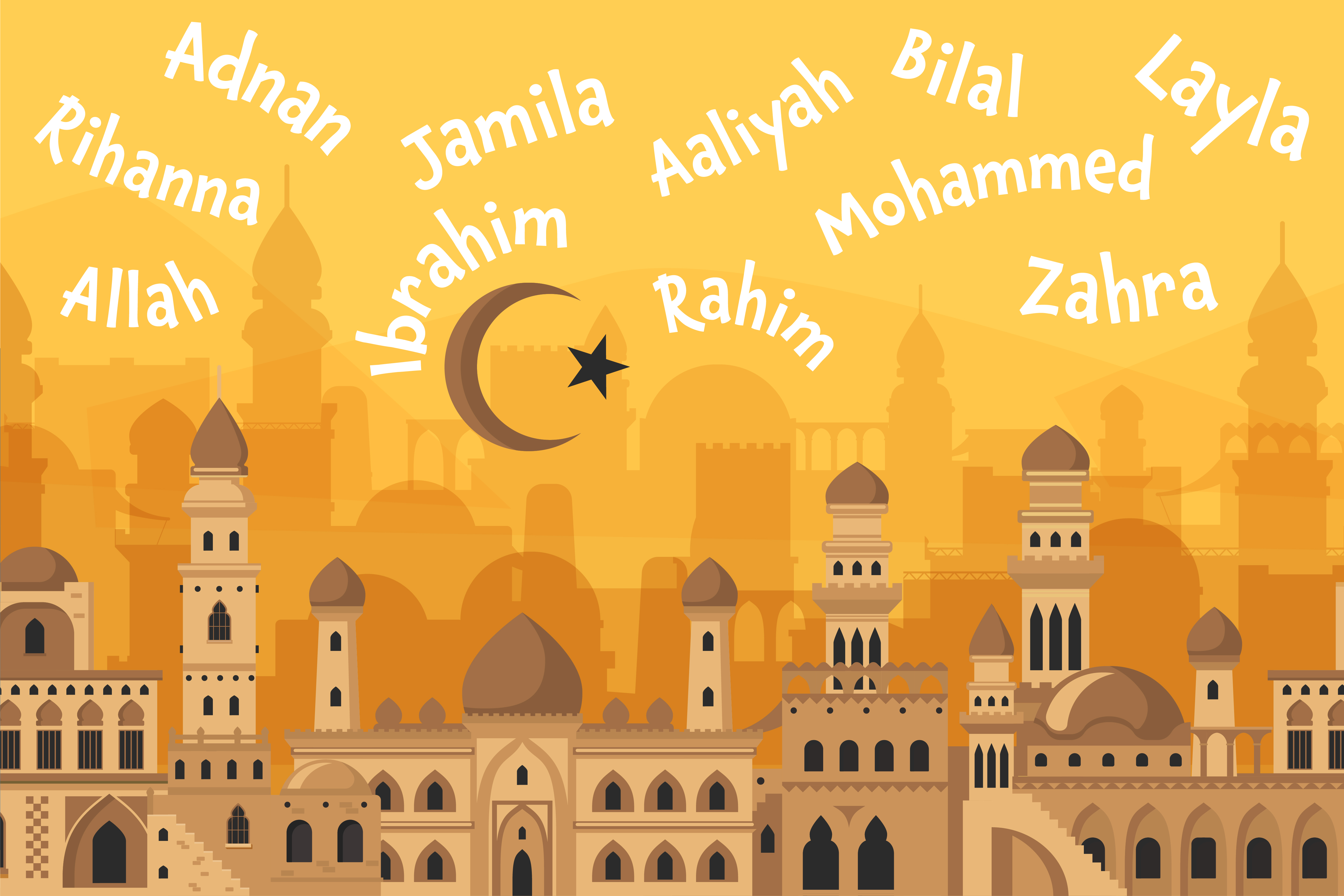 Did you know that over 300 million people who live in Islamic countries speak the Arabic language? The list of at least 24 countries in the Middle East includes Syria, Egypt, and even Morocco. Many parents choose an Arabic name for their child because of its religious significance, as many of the names are derived from the Hebrew Bible.

The Arabic language itself is over 1,500 years old, dating back to around the sixth century, but it is said by some that its history goes back even further. One size doesn’t fit all, though. Depending on the country you are in, there are several different dialects. Some examples are Egyptian Arabic and Gulf Arabic. It is also one of the 6 official languages of the United Nations. The other 5 are Chinese, English, French, Spanish, and Russian.

Instead of the traditional given, middle, and last name that we are used to, Arabs have a chain of names. There are 4 parts to the structure that Arabs tend to follow. The ism (given or first name), nasab (indicates heritage), laqab (descriptive of the person and can be a nickname, title, surname, or family name), nisbah (name of ancestral tribe, city, or country), and kunya (a type of epithet referring to the bearer's first-born son or daughter, sometimes a nickname).

The Most Common Arabic Girl Names (and Meanings)

The Most Common Arabic Boy Names (and Meanings)