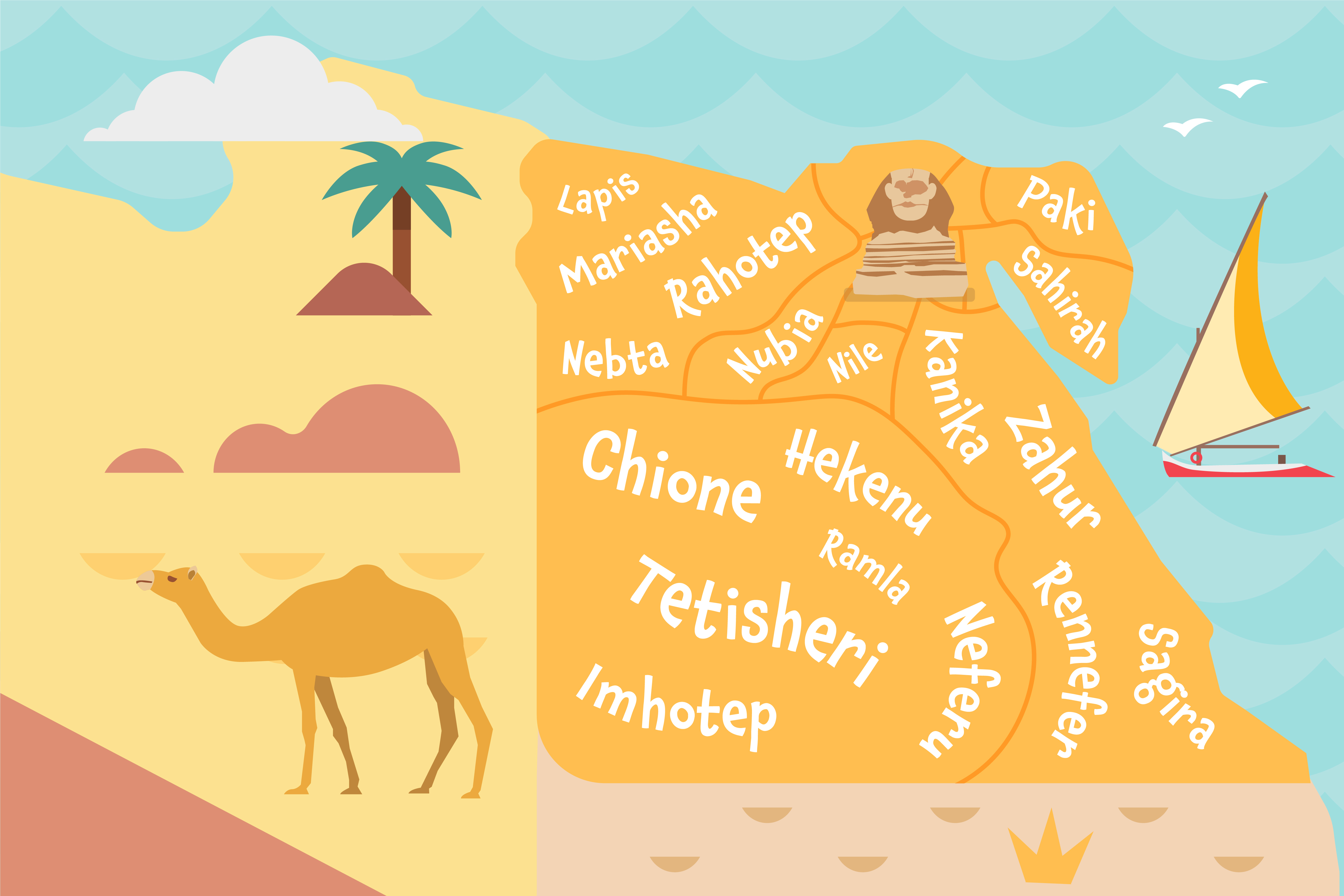 Egypt is a country in the Middle East with a predominately Arabic population. Egypt's most commonly spoken language is Egyptian Arabic followed by Sai’di Arabic, Arabic, and Sudanese Arabic.

Ancient Egypt was one of the most prevalent and powerful empires to have ever existed and dates back to the 4th-century BCE and lasted until 30 CE with the death of Cleopatra. Over its thousands of years, it interacted with many other powerful cultures in the Middle East and Africa. As a result, Egyptian baby names offer a rich palette of cultures, religions, and traditions to choose from, especially for parents looking for something unique.

When people picture Egypt, images of Pyramids, mummies, and powerful Pharaohs come to mind. Egyptian mythology is rife with stories of gods and heroes that provide meanings like no other culture.

Whether you’re looking for something modern and Muslim inspired or an Ancient Egyptian name for your baby, this list has a little bit of something for everyone.