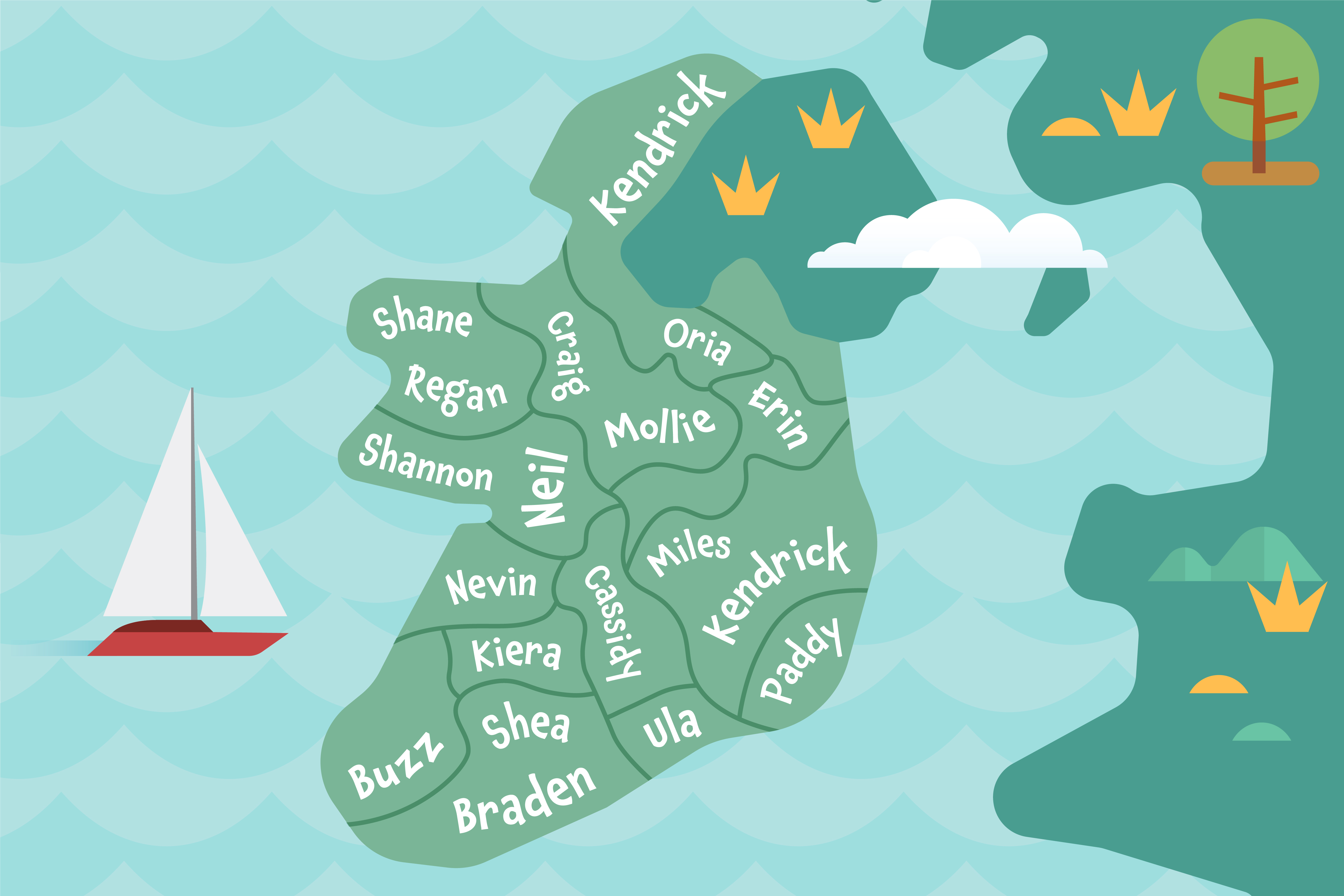 Do you have an Irish heritage that you are wanting to know more about? Below we have a list of commonly used boy and girl names, as well as gender-neutral ones as well. Many of the names are traditional Irish or English versions. Keep reading to learn more about the history and traditions of Irish names.

In traditional Irish-speaking areas in Ireland, also known as “Gaeltacht,” you would see the first name used, then the father’s name, and then the paternal grandfather’s name. This was customary and used to distinguish between individuals who shared the same first name. It was more of a nickname used among neighbors.

Many traditionally Irish names are Gaelic in origin. Some that are English versions were anglicized and this gave us several variations of the same name. You might even see some given names written in their Latin form as well.

When choosing a name for your new baby, there was a particular pattern that was followed. Your first son was to be named after the child’s paternal grandfather, and the second son was to be named after their maternal grandfather. This carried on for as many children as were born to their parents. There is more about that here. There are also special suffixes used in place of the “Jr.” and “Sr.” that we are most familiar with. “Mor” or “big” and “Og” or “young” were used instead to distinguish between father and son.