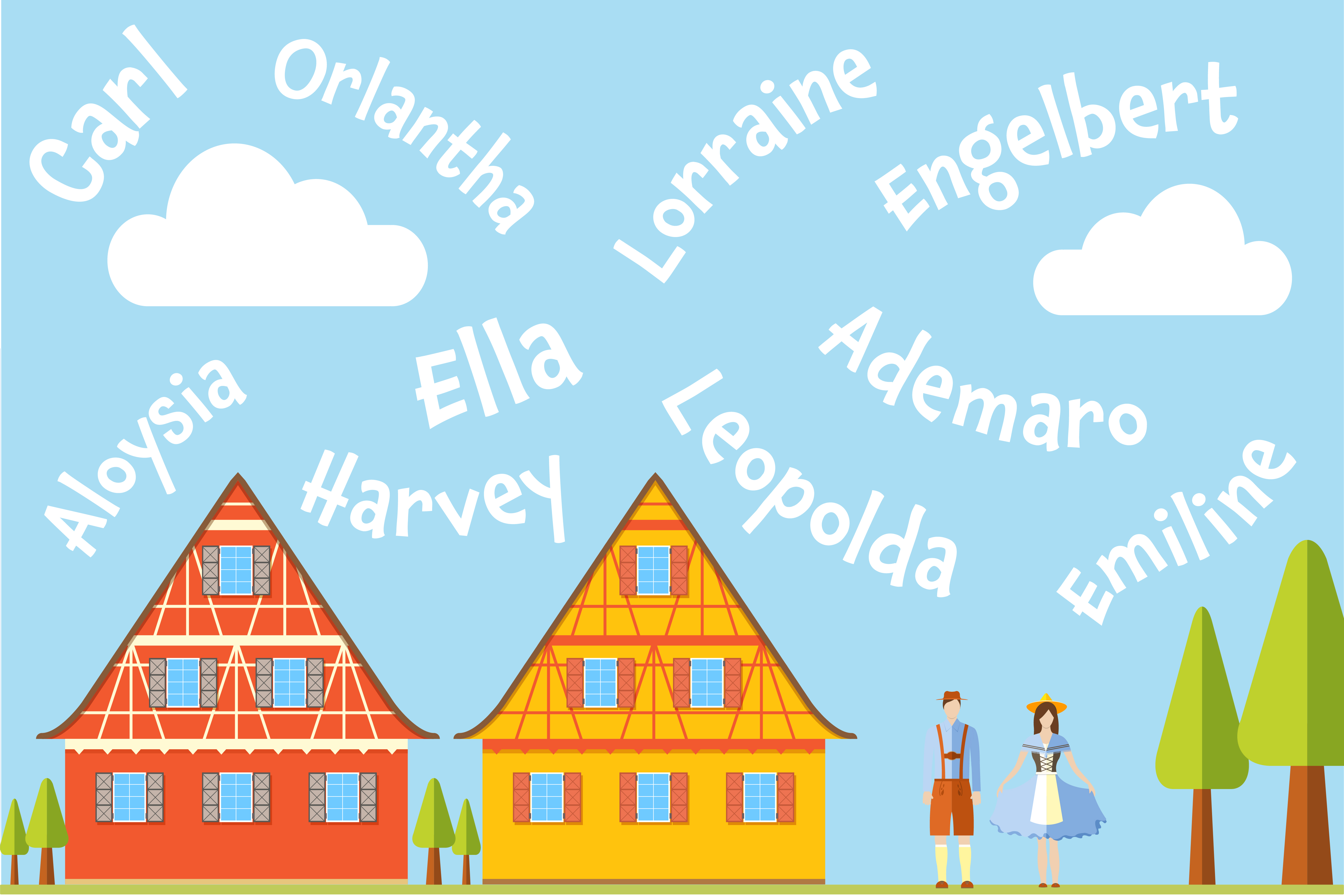 Many of the names you will see on this list are old and traditional German names that aren’t as popular are they used to be. However, many of them have lovely origins and meanings. You could find the perfect name on this list for your new baby if you have German ancestors. If you were given an Old High German or an Old low German name, you may find it here and learn a little bit more about your heritage. Below we will also talk about German naming traditions.

The German people actually gave their child two given names or “forenames.” The first was a common name such as “Karl” that was used for legal documents. The second name was the one that was used every day by friends and family. This was also known as the “Rufname.” Although, this wouldn’t be that person’s legally given name.
When it comes to choosing a new for a new baby, this was chosen by the new parents. These days, there aren’t many rules when it comes to picking out the perfect name. As long as it doesn’t negatively impact the child and is approved by the local civil registry office, there are no restrictions. There are actually few differences in the popular names between northern and southern Germany.